Shilpa Gupta. Do not See Do no..

A Really Good Dictionary of Mo.. 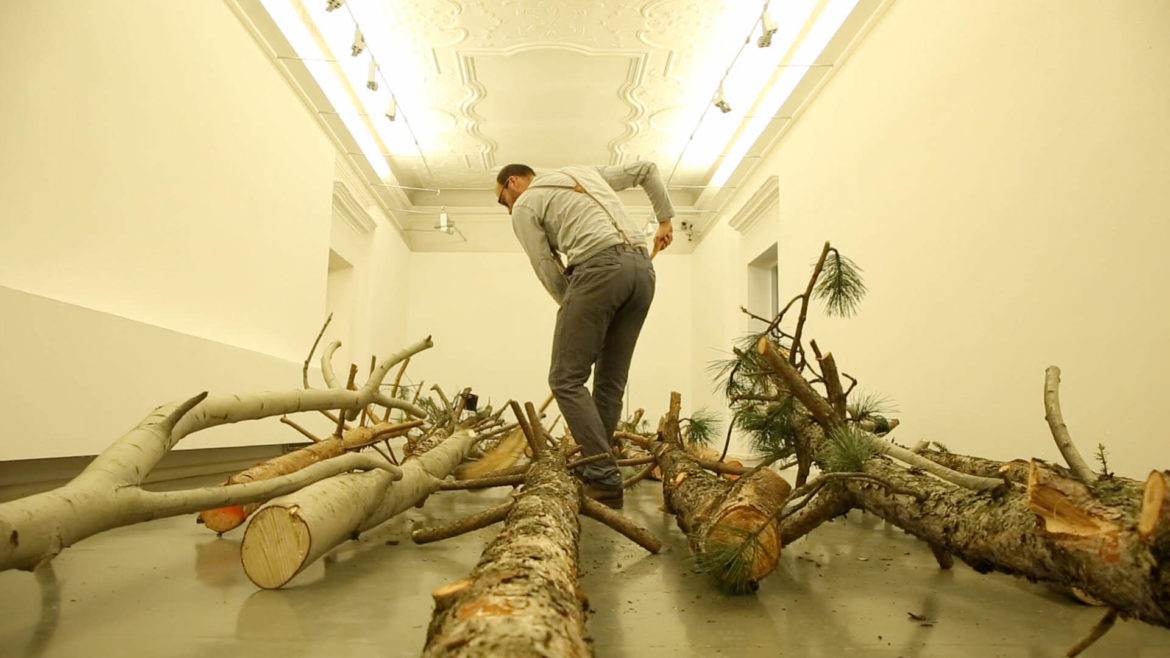 Walking in Beuys Woods is the solo show of the South Tyrolean artist Hannes Egger at the Museum of Contemporary Art in Cavalese, Trento. A dialogue in which Egger interacts with Joseph Beuys, reinterpreting his works or recreating the space for an intimate interview.
The title encloses the sense of walking, of wandering in a half fantastic and half-real place. The concept of a shamanic trip is the quintessence, also intended as process of metamorphosis of a man-wizard into animal, getting the healing power he/it will use to take care of the individuals and the whole community.
Is the reality what we see? Or is there something true beyond the shallow aspect of things which uncloses at the end of a path rich in dangers, the experience of death and reawakening?

Hannes Egger conceived the exhibition as a large narration to his privileged sense, the hearing. A tale about the invisible and about how to see it through memory and imagination. Listening to creates a cosy relationship between visitors and work of art, lets you imagine what you cannot see. You need your ears to get secrets and confessions – it demolishes all physical barriers, it helps you comprehend the subtlest nuances of your spirit.

Everything starts with a purification, like any shamanic act or ritual, with the video Auskehren, where Hannes Egger reads Beuys’ Aktion in Karl Marx square in Berlin. The South-Tyrolean artist cleans the exhibition hall, the broom – Beuys’ Egger’s common tool – gathers and exhibits the litter in a showcase. Beuys’ performance had political features as it was held on the Workers’ Day. The directness and tidiness belong to the language of Democracy and Ecology also in this case.

The journey goes in through an artificial wood, where some trees are lying on the ground, dead, connected to the local people’s memories. The audience walks among bare trees, unaware some hidden trail cameras are taking pictures of them. The people are preys, they are rediscovering their nature, the fact of being more evolved animals as they can create signs. Atavic memories come to surface, primordial times of caves and magical rituals. Was one of the many woods Beuys imagines to make the tree planting a form of art? The encounter with the animal becomes real at the end of the fake wood crossing. I like Beuys and Beuys likes me is Egger’s homage to the German artist – a large felt cloth in the middle of the hall. The environment is empty, you can hear steps, calls, the wolf living in the woods of the valley, Beuys’ coyote, the preys and the fierce wild beasts. To live with their animality, to rediscover the nature inside the man. To put an end to that assuming the right to impose a radical separation of humanity and animality the man has got aware in the last four centuries, according to Claude Lévi-Strauss.

The exhibition is a big tale, too – Beuys’ legend. In Talking with Beuys – an unreal encounter with the German artist’s shadow, a voice tells his story and lets everyone the freedom interpreting evocative, elegiac and enigmatic words.
The climax is the direct encounter with Beuys’ masterpiece, whose spirit reveals itself as if the shamanic audience evokes it. The Kunsthalle Beuys, like Heidegger’s Hütte far from the city world, at the centre of the hall hides inside some of the most famous works of art by Operazione Difesa della Natura. Beuys’ propaganda was extraordinary. Posters and photographs went with his artwork to influence the society by considering a unique big human capital – the creativity. Hannes Egger implements this principle through his art in order to cooperate and to look for the right answers to metaphysical and existential questions. The experienced audience enters the last hall. Their role must be active now. Listening but replying. The investigation has an anthropological and sociological nature. In Secret Block, the audience takes part to a ritual whose symbolic elements highlight the almost sacred, magical and primordial disposition. The fireplace, the real or unreal objects, the voice of a mentor activates the vision of the invisible to conclude a process of reconfiguration of the senses. 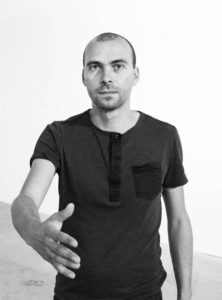 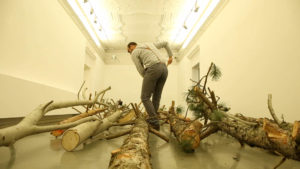 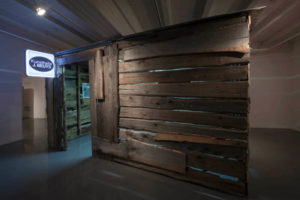