Shilpa Gupta. Do not See Do not Hear Do not Speak ...

Shilpa Gupta. Do not See Do not Hear Do not Speak (again) 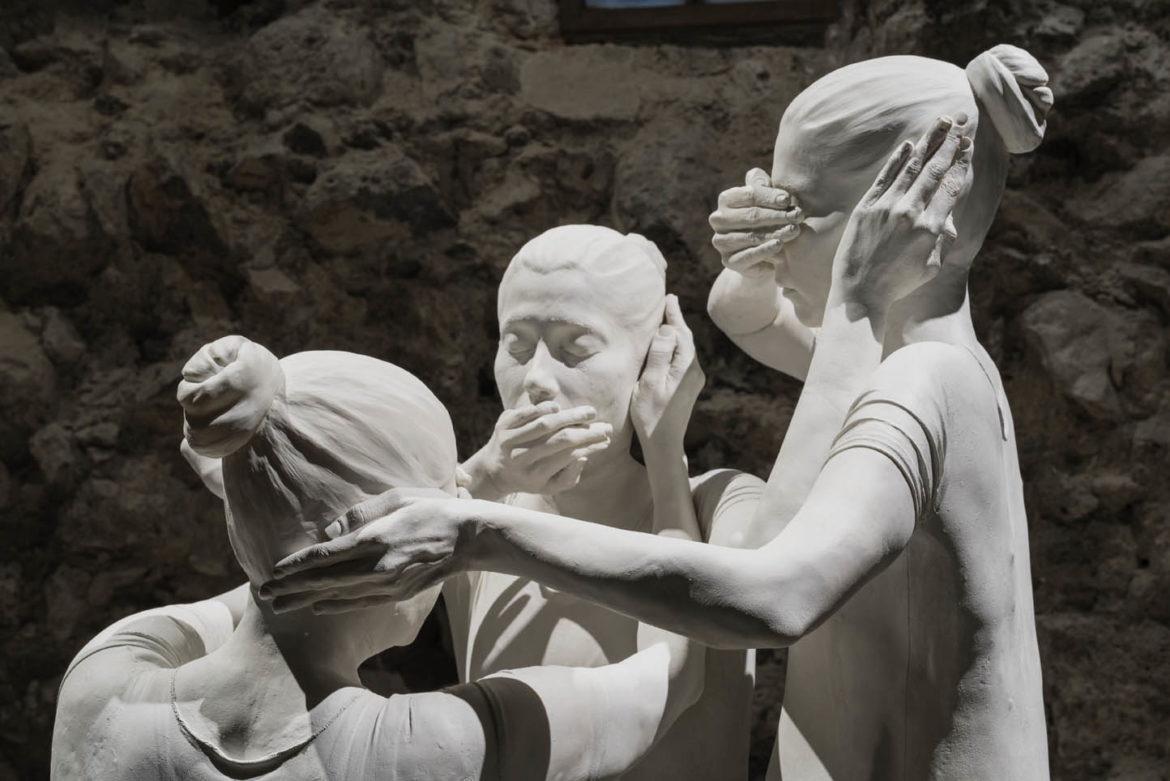 For over two decades, Shilpa Gupta (Bombay, 1976. Lives and works in Mumbai) explores the interactive, participatory and relational potential of art. Her interdisciplinary and multimedia practice includes videos, websites, manipulated objects, photographs, sounds and public performances that probe and examine universal themes such as desire, religion, tradition, gender, global capitalism, social injustice, security, borders and power with the intent to stimulate the active involvement of the viewer at a political and cultural level. The artist has incessantly mapped the boundaries of social and psychological power in public life and in memory in relation to the apparatus of the repressive state, the deceptive forms of popular consensus fed by the media and the seductions of social homogeneity. Interested in the mechanisms of perception and the ways in which we transmit and understand information, she uses a visual conceptual grammar in which writing is often intertwined with television and its constant flow of meanings.

Many of her works are untitled and are identified by the text printed on them: whether they are banners, signs, maps, definitions, logos, symbols or data, the text is an integral part of how we see and understand what surrounds us and it is therefore a daily and significant material in the same way as the objects it overlaps. Sometimes, part of the text is printed with a very subtle character, so the viewer must approach the work and become aware of the act of looking and recording. At other times, text is used to connote an image or an object to suggest a storage operation. Attracted by how the objects, places, people and experiences are defined, she wonders how these definitions are interpreted in the processes of classification, restriction, censorship and security.

Shilpa Gupta wants to communicate – at a transcultural level – the impact of the dominant powers on local and national communities, stimulating a re-evaluation of identity and social status through works that shift the primary status of art from the commodity object to the orchestration of participatory experiences. As an emblematic example of this attitude we mention the performance There is no explosive here (2007) in which the artist invited the spectators of one of her shows to walk in a public space carrying a bag with the phrase “here there is no explosive” to challenge the stereotypical anxieties of our times in terms of security.

In the exhibition at Galleria Continua (San Gimignano), the artist revisits her famous photographic series Do not See Do not Hear Do not Speak (2006) creating a sculpture in which three female figures intertwine in a circle, covering one the other mouths, ears and eyes. The work is inspired by the Japanese illustrated motto of the “three wise monkeys”: Mizaru, Kikazaru and Iwazaru who, respectively, cover their eyes, ears and mouth so as not to see, hear or speak badly. In previous performative and photographic works Gupta had staged children and adults who closed each other’s eyes, mouths and ears to suggest that apparently mobilized societies can actually produce more fear and that no real freedom is guaranteed. Instead of facilitating the free circulation of ideas, “advanced” political and technological systems often generate more cultural clichés, wars and terror.

The installation at Galleria Continua continues this critical investigation, inviting us to reflect on the limits of freedom of expression and bringing to the forefront of international attention the difficult political situation in her country of origin, in which organizations are often suppressed because of their divergent opinions. . “Often” says the artist “as it is happening right now, the voices of the truth cause discomfort and are cut off, yet the echo remains and continues to be heard”. And without doubt the immediate expressiveness of the three figures, whose beauty seems to recall the Three Graces of classic memory mutilated at the base from the rudimentary stand that replaces the lower part of their bodies, is a powerful warning to fight for this inalienable right.

The second work that Shilpa Gupta presents in this exhibition, Thought Inside a Thought (2017) is a circular neon sculpture in which the words of the title follow each other without interruption. The work plays with the idea of ​​intersubjectivity and with the fact that all our thoughts come from within us but are not yet completely ours: they take shape in the subconscious in precise times and places, but they never completely coincide with the moment when they emerge. As the artist states, “I am constantly attracted by perception, and therefore by definitions, and by the way in which they are forced or even transgressed”. Here too the structure of the work invites the spectator to actively participate by repeating aloud the words he reads to introject them as if they were a mantra and to be led by their persuasive repetition in the inscrutable place of thought caught in his being. 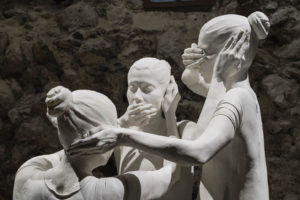 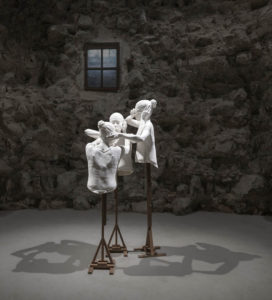 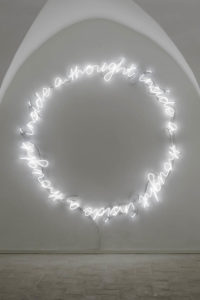