The ZigZag Protofilosofia by I..

Helmut Newton (1920-2004) began his career in publishing, a springboard for his visual and creative concepts: the magazines and books with which he collaborated and the exhibitions of his photographs allowed him to reach a very large audience, who unanimously decreed the success of his works.

It is with him that GAM – Civic Gallery of Modern and Contemporary Art of Turin opened the new year by inaugurating the retrospective “Helmut Newton. Works” open through May 3 and promoted by the Torino Musei Foundation, produced by Civita Mostre e Musei with the collaboration of the Helmut Newton Foundation in Berlin. The exhibition project is curated by Matthias Harder, director of the German foundation, who selected 68 photographs that present an overview of the great photographer’s long career.

Helmut Newton created, in more than fifty years of his career, a photographic corpus that has brought elegance, style and voyeurism in fashion photography, through which he has told exciting and surprising stories with images.

The exhibition, made up of four sections, starts from the seventies and eighties, during which, thanks to his Parisian stay, Newton refined his inimitable style, often playing with conventions and challenging the taboos of the time with the numerous Vogue covers, until later, the portrait of Leni Riefenstahl (2000).

His clear aesthetic sense pervades all areas of his work which, in addition to fashion, he also ranges from portraits to nudes; at the center of everything are women, whose interaction with men is another frequent reason for his work.

In his portraiture corpus there are famous people of the twentieth century like Andy Warhol (1974), Gianni Agnelli (1997), Paloma Picasso (1983), Catherine Deneuve (1976), Anita Ekberg (1988), Claudia Schiffer (1992) and Gianfranco Ferré (1996). Among his important fashion photographic campaigns the exhibition shows some reportages made for Mario Valentino and Thierry Mugler in 1998 in Montecarlo and surroundings, where he lived since 1981 onwards, as well as a series of important photographs, now iconic, for the most important international magazines.

“Helmut is a great manipulator. He knows exactly what he wants and is relentless in trying to get it on film. He likes the theatricality of photography. Models become his creatures, his characters” (June Newton). The VIP exclusive and eccentric life and the jet set is a recurring theme in Newton’s photography, who questioned the visual clichés, broke down and transgressed the boundaries and combined fashion and nudity with a sense of timeless elegance, making his work both a documentation and a commentary on the changing role of women in western society.

In 2003 Helmut Newton decided to create a foundation in his hometown Berlin, establishing a public-private partnership with the Prussian Cultural Heritage Foundation, creating a museum space in which Prussian austerity mixes with modern elegance. The Helmut Newton Foundation is dedicated to the conservation, examination and presentation of the photographic work of its founder and his wife, June Newton, who since 1970 has created a corpus of works under the pseudonym of Alice Springs. The institution is also an exhibition venue available to other photographers (David LaChapelle, David Lynch, James Nachtwey, Ralph Gibson) who have interacted from time to time with the provocative and ironic images of the founder. 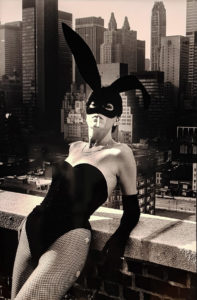 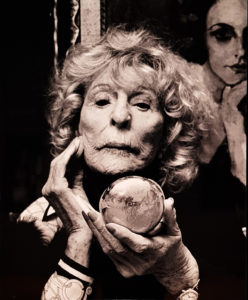 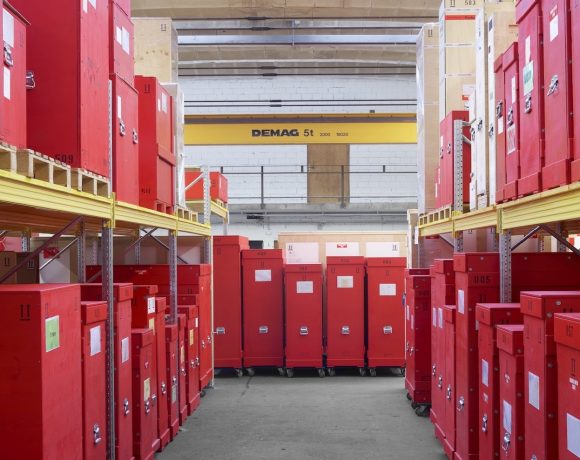