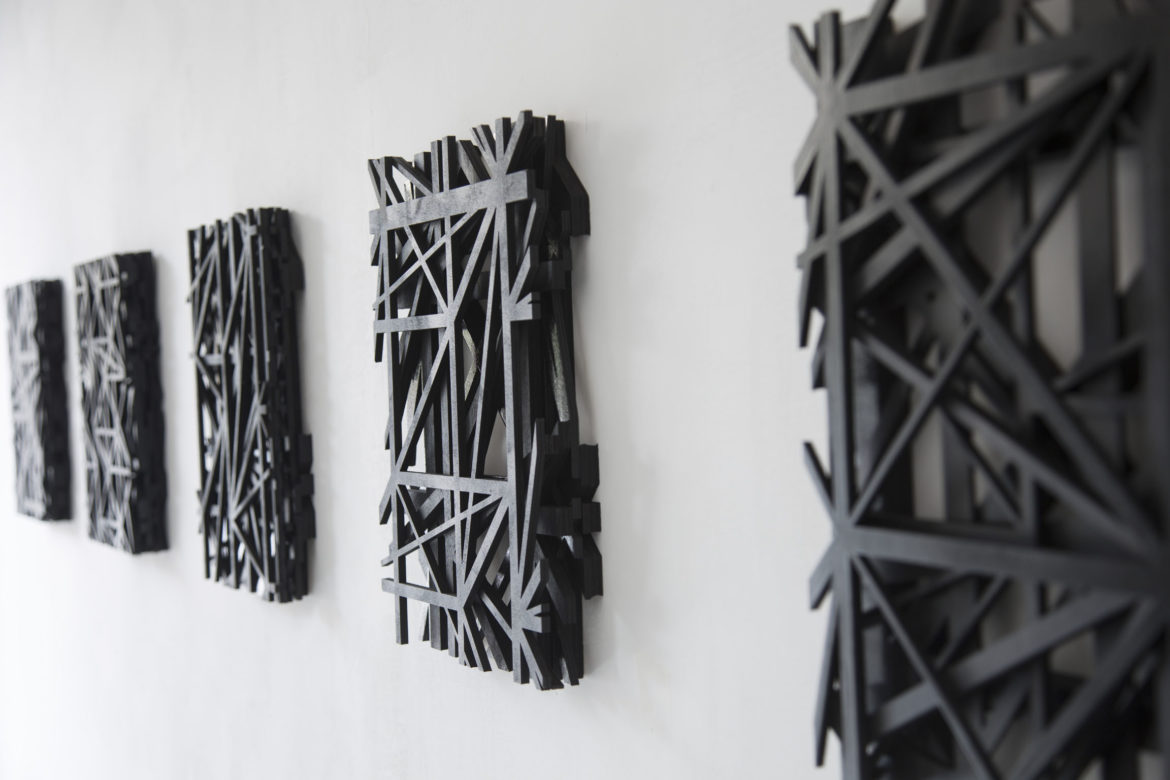 After the usual summer break, Chiara Ronchini Arte Contemporanea also reopens its doors to the public. The young gallery of Terni, which in this 2018/2019 sees the second year of activity, inaugurates the new season dedicated to the investigation of today’s implications and reciprocity of the real and unreal called SoReal/UnReal, with the proposal of a programming of great quality that also aspires to go beyond the space of the gallery.

The first appointment of this year, titled Increase and inaugurated on October 27th, shows a cycle of recent artworks, some of which are  unpublished and specially designed for the gallery, of the Dutch artistic duo composed by Herris Huigens and Gysbert Zijlstra, better known as Graphic Surgery. The solo exhibition, reflects on one aspect in particular of the artists’ research, the density, here reasoned according to the concepts and practices of stratification and overlap. Strongly inspired by urbanism, brownfields and industrial archeology but also by graphics and graffiti, the artistic couple is recognizable for a dry, synthetic and linear style, where systematically recreates an iconography made of rigid intersections inspired by the scaffolding building and crane; emblem of the cities in transformation. This aspect seems to show a sensitivity close to the atmospheres of the 1927 film-documentary by Walter Ruttmann, Berlin-Symphony of a great city, set in the fervor of the economic boom of the German city of the 20’s, where, near the final scene, are revealed tall cranes towering nervously above Alexanderplatz.

So Graphic Surgery, demonstrating interdisciplinarity, interpret the intuitions coming from the sphere of urban geography, translating them on the wall, on canvas, paper and, as in this case, on wood. In fact, the artworks on show, all monochrome and made – as said – in finely worked wood excluding the engravings, well describe the aniconic language of the Dutch duo, firmly centered on the relationships of strength and dynamism that can be found focusing the attention on the great plurality of lines, segments and visual convergences inside a single realization. This deprives these artworks of a predefined point of view and of any narrative aims typical of the traditional work of art, if not to provide a formal and immediate synthesis of the reality that surrounds us, connoting the same of an high  coefficient of internal and endogenous tension, well perceivable from the series of artworks in black that, as in progression, reading them from left to right, reduce the compactness of the surface from solutions detectable for the tight density, towards an ever greater rarefaction and inconsistency.

Increase, the first appointment of the new season of the CRAC Gallery, with the artworks of Graphic Surgery, awaits you in Terni until the first of December; enjoy your visit. 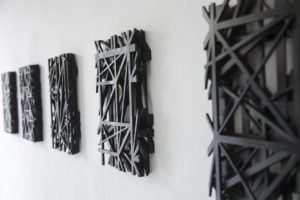 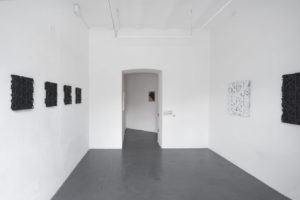 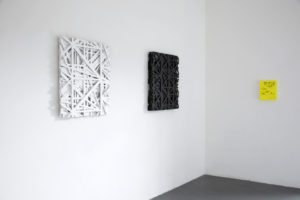