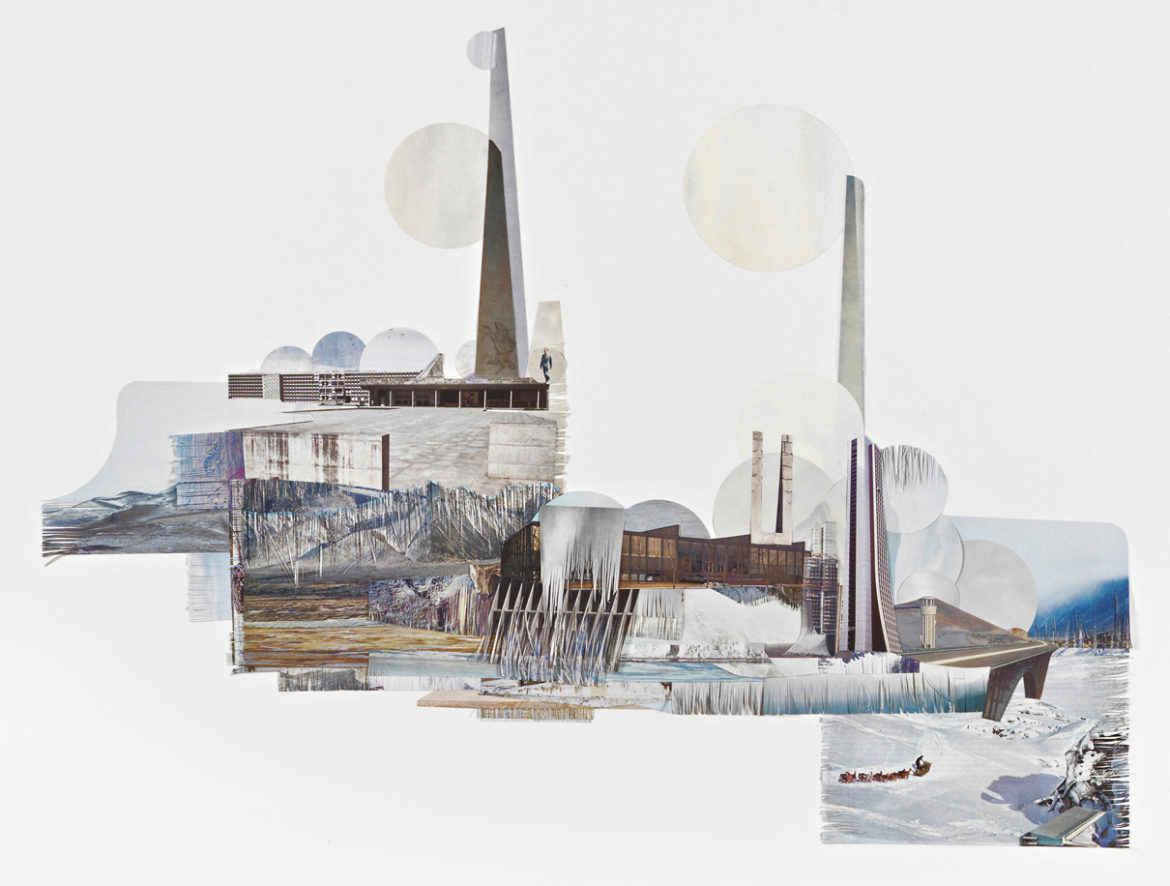 The theme of the ideal city, maximum expression of the canons of order and measure that revolutionized the aesthetics in the wake of the rediscovery of classicism in the Renaissance, has never ceased to inspire artists and architects new utopian urban visions in which the public space becomes a place of privileged link between rationality and artistic expression. The urban design of these real or imaginary projects reflects, according to a predominantly geometric pattern, the aspiration to a perfect balance between functionality and beauty to express the centrality of man and his ideal tension. In Renaissance settings, conceived as topoi alternative to Nature, the palaces are symmetrically placed around the center of the representation identified by a Rotonda, an ideally complementary building to the universal void that dominates the outside. The circle, a figure that has always been considered perfect and self-sufficient, has embodied utopias of every age and latitude, such as the Newton cenotaph designed in 1784 by Étienne-Louis Boullée, the spherical church designed in the ’70s by Ludovico Quaroni in Gibellina or the Matrimandir designed by Roger Anger in Auroville, a famous eco-village in India founded in 1968 by a hippie community.

The conceptual suggestion of an utopian city-state that condenses and concentrates the space around it returns in the visionary collage landscapes from the Oasi series by Sergia Avveduti currently on display at the AF contemporary art gallery in Bologna. In these tables, the artist assembles fragments of images taken from travel magazines of the 60s and from the Larousse encyclopedia in order to create new landscapes that constitute the ideal sum of all the existing landscapes and those sedimented in our imagination. Each composition is based on the overlap of architectural and natural elements faithfully cut out following the contours of each object, abstract forms, mostly circular, reproducing urban textures, sky or sea pieces and fringed paper inserts that give an unpredictable organic three-dimensionality to the whole. The inevitable perspective and logical inconsistencies of the various elements that create the vision are harmonized by a uniform chromatic range in which soft and cold colors prevail, as if the landscape were illuminated by a mental light whose source is impossible to identify. The clear atmosphere of the backgrounds on which stand out the clear shapes of the buildings and the infrastructures depicted recalls the rarefied perfection of the ideal views of the Renaissance, while the hyperbolic impetus of the architecture places the apparition in an unclear utopian contemporaneity. The sporadic human presences that appear in these intellectual oases function as a minimum unit of measure of a mirage that seems to equate the wonder of nature with the magnificence of an architecture that seems to have overwhelmed its creator, hypothesizing a new anthropocentrism on a superhuman scale.

Sergia Avveduti considers the collage as a visualization device, a sort of optical zoom that enhances the ability of photography to represent the invisible, realizing everything that can be imagined or remembered as real, condensing it into a new image. The dreamlike connotation of his views, which emulates the process of deformation to which memory submits the visual information it collects, creates an intriguing short-circuit with the compositional rigor of the rationally juxtaposed architectural objects as if they were projections of a futuristic design project. The spectator is then invited to mentally inhabit those solitary landscapes and to follow the paths towards infinity, imagining himself part of an ideal world in which the force of gravity does not exist and the sky can be touched by leaning from the window of a skyscraper or crossing a bridge that connects earth and clouds. 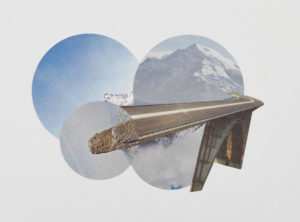 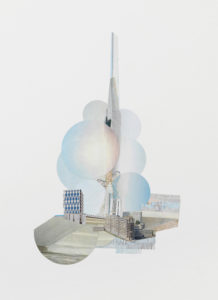