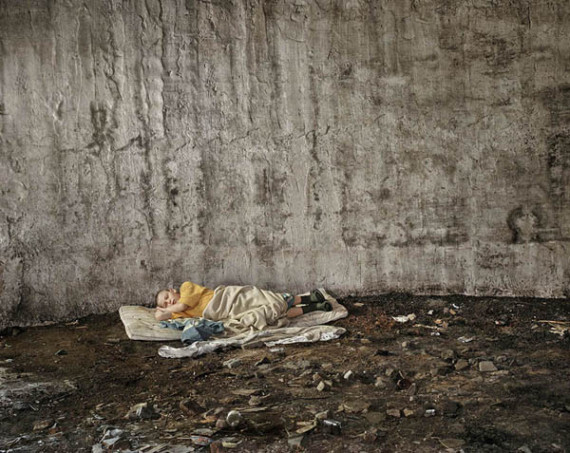 Until the Seventies in large industrial plants the official image of the company was entrusted to a group of photographers, lithographers and retoucher meticulously documenting the internal production processes and the coordinated work of the workers. These portraits of factories proudly celebrated the industrial revolution and the unstoppable progress which seemed to have replaced the slow rhythms of nature with the accelerated pace of the machine and its tireless efficiency.

Men, subordinate but still essential gears, paid by the sweat their tribute to modernity, subdued by a pyramidal concept of work, which was reflected in the verticality of smoky chimneys conquering the sky. The high-tech revolution of the third millennium and the new information technologies have once again changed Western civilization further reforming its parameters of space and time: in an economy increasingly based on intangible services, the traditional factory –that was dark, dirty, polluting- seems to have been replaced by a new type of establishment, the showroom, designed as a highly dramatized exhibition space. In the post-industrial companies tend to decentralize and hide production chain to thousands of kilometers away, in the remote hinterland of the world by removing its undesirable consequences, such as pollution and depletion of natural and human resources.

Almost disappeared photographers internal to enterprises, nowadays the documentation of the various aspects of the colossal world of production is increasingly being entrusted to the artists, who deal with  the subjects of technology, urban landscape and the global society witnessing the consequences of the recent upheavals. With the exhibition Industry, now open until September 6 in the gallery of the MAST, the curator Urs Stahel compares the views of 24 artists-photographers who in recent years have addressed the issue of the production processes and their link with the society, composing a faceted and critical fresco of the complex dynamics that govern them.

The utopia of automated and “surgical” work appears for example in the shots that Olivo Barbieri has created inside the Ferrari factory in Maranello, a clear environment with diffuse light enlivened with plants that is similar to an ideal city cut off from time and protected from the accidents of fortuity by an invisible ordering principle. Carlo Valsecchi and Vincent Fournier photograph contemporary manufacturing plants as artificial science-fiction paradises where the perfect choreography of machines and self-sufficient robots seems to have finally freed man from effort and made its  presence unnecessary. Diametrically antithetical to these images of pristine synchronized deserts in an eternal automated present, is the photographic evidence of the so-called “developing countries” where the embarrassing backroom of the Western showcase-factories have been moved. Ad van Denderen, Sebastião Salgado and Jim Goldberg document the often inhuman working conditions of cheap labor that pile into the dilapidated buildings in poor areas of the world, allowing the post-industrial Western system to exist flaunting its unnatural formal correctness.

The connection between these two worlds is done through a complex logistical organization that ensures the uninterrupted flow of goods and raw materials with every type of transportation: Henrik Spohler materializes the non-places of temporary landing of goods in transit as surreal suspension of life in picturesque post-human landscapes. The destinies of our present are decided in aseptic and luxurious meeting rooms where the boards of directors make the decisions that matter around emblematic tables of power: Jacqueline Hassink portrays these empty rooms, emphasizing their cold radiating authority. Brian Griffin in his portraits of managers and executives analyze gestures and outward forms of the authority in an intense, charismatic and deeply ironic gallery of portraits.

Each change of era leaves behind itself empty and ruins, such as large abandoned factories that are cluttering the former industrial areas of the planet: Vera Lutter describes some of them with giant images that seem to capture the slow progression of decay and the dark grandeur of the majestic past. Jim Goldberg on the other hand focuses on the degradation of populations exhausted by economic disaster, while Edward Burtynsky orchestrate rarefied apocalyptic atmospheres documenting the conversion of oil tankers and cargo ships as foggy graveyards under the open sky.

Loneliness and rubble again in the movie of Simon Faithfull which concludes the exhibition: the camera explores the ghost town of Stromness, a station for processing blubber in South Georgia that was  in use some decades ago. Machinery, buildings and unused equipment attempt to withstand adverse weather conditions such as to slow the relentless cancellation of human presence, while a colony of elephant seals returned to inhabit these spaces once ripped from the nature suggesting a poetic conjecture of redemption. 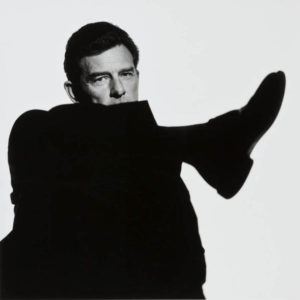 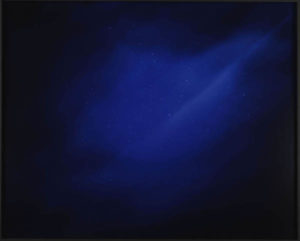 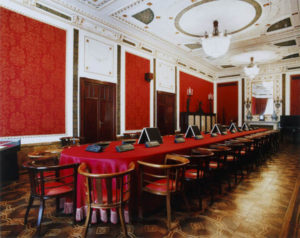 Jacqueline Hassink, The meeting table of the Board of Directors of Assicurazioni Generali, Venice, Italy, 9 September 2010, from the series The Table of Power 2, 2010/2013. C-print © Jacqueline Hassink 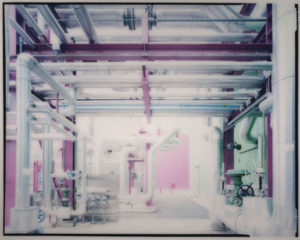 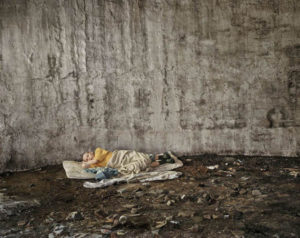 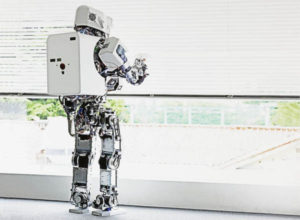