In conversation with Placentia..

Mind the Gap: a group show that reflects on the th...

Mind the Gap: a group show that reflects on the theme of emptiness at Eduardo Secci Contemporary in Florence 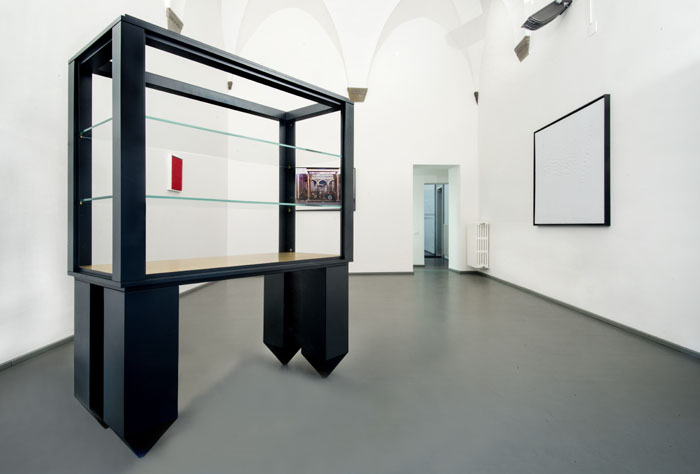 It is often the fault of habit and of haste, that we realize less and less that what surrounds us can be a stimulus and a source of reflection. At the same time it is easy to recognize how the social and artistic contemporaneity, the one with the adoption of increasingly stressful rhythms and the other with the proposal of languages ​​featured by an alarming speed of fruition, does not favor and does not give much time to the aesthetic-intellectual deepening.

So, moving in the opposite direction to this context – and this is to be considered comforting – the exhibition Mind the Gap, curated by Gino Pisapia, in the Florentine spaces of the Eduardo Secci Contemporary Art Gallery (open until August 8), represents a valuable case of exhibition design and critical reasoning, as well as an opportunity not to be missed to escape from the urgency of everyday life, throwing ourselves into the pondered communicative and mental suggestions that only art – the real one – is able to arouse. Already from the title of the event, it is clear, immediately, how it draws its inspiration from that world of habit and hastiness that deters us from thinking, but with the will to go beyond its banality. In fact, remembering how the announcement “Mind the gap” – literally “Attention to the gap” – is widespread in subways around the world to alert passengers from the danger represented by the vacuum that exists between the edge of the dock and the floor of the wagon, thus becoming part of that kind of cold and stereotyped communication that, passively, we all suffer every day, it is possible to see how the exhibition goes so far as to put the attention on that gap, on that void but, on the contrary, accomplishing an inversion of the route, instead of avoiding it as it invites us to make the announcement, it probes its expressive peculiarities and measures its ontological values.

Overturning, therefore, those habits that, unconsciously, inevitably lead to insinuate themselves within the collective experiential baggage, the theme of emptiness, thanks to a careful idea of ​​the curator and through a specially articulated arrangement that organically scans the times of acquaintance and the modalities of placing the hosted works, is declined emphasizing the productive aspect and of positivity, as a necessary condition of every creative and gnoseological practice. Therefore, even if at first glance it may seem contradictory, it is correct in reference to all this, to speak of emptiness like an active entity and dispenser of differences, it is inextricably linked to the modes of manifestation of the immanent, it constitutes the permanent substratum of the events and, finally, for this transitive character, it is open to theoretical and artistic speculation activities. In line with this, thanks to the work of the artists selected for the exhibition such as Davide Allieri, Alexandros Papathanasiou, Luca Pozzi and Tamara Repetto, we are allowed to attribute to the emptiness some recognizable and simultaneously participatory and relational aesthetic features, able to involve the user of the work through the solicitation of the senses in order to structure a true experience of the void; a very broad concept which, in order to be described, needs diversified artistic solutions that vary from sculpture to photography, from painting to installation.

Well, if the two sculptures by Allieri – located in the first and second hall – recalling in part the Minimalism of the Sixties, transmit a paraphrase of emptiness in terms of immateriality since it is metaphorically – but also literally – contained within the refined volumes created by these works that cleverly modulate the space, in the photographs of Pozzi – also present in the first two rooms – this concept moves on the delicate balance that runs between real and virtual because, also playing a bit with the history of art, he places his figure in the intervals of space present in the banquet scenes painted by Veronese, thus generating unexpected impressions and perspective deceptions close in effect to the trompe l’oeil. The reference to the artistic past is also evident in the work of Papathanasiou, who, in the two works housed in the first room, with a touch of irony and conceptualism, exhibits two canvases tracing the famous cuts of Lucio Fontana but curiously stitched with needle and thread, thus physically closing the resulting void, while with the Dust sculpture – located on the lower floor of the gallery – a kind of sphere made of powder, reflects on the relationship between vacuum and time that, through the use of an undeniably evocative material and one the arrangement of a mirror above the artifact, is expressed in all its evanescence, impalpability and caducity. Repetto is the participative installation to close the exhibition itinerary; it is a technically complex and aesthetically original work that, through the use of technological tools, simulates, by means of sounds and smells and light effects – hence intangible factors that act in a vacuum – the productive environment of a paper mill in activity and it operates exclusively with the arrival of the spectator who triggers the appropriate recognition sensor, thus entering into this true sensorial experience.

Further from this last example and from the slow perception necessary for the correct reading of the works on display, one has the confirmation of how the emptiness is going to outline like an indispensable element for the knowledge of the world, for the understanding of the relative contingencies and, even if it is beyond the inherent tendency of the human intellect to classification, as an ever-present stimulus for artistic investigation which – as it reminds us and effectively demonstrates the Mind the Gap exhibition – is still capable of addressing the aesthetic goals of the contemporary art. 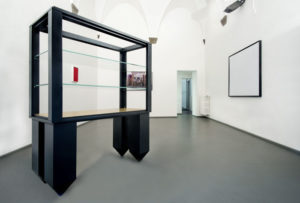 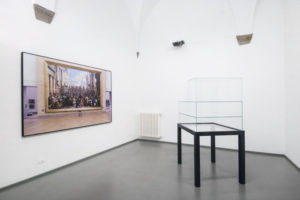 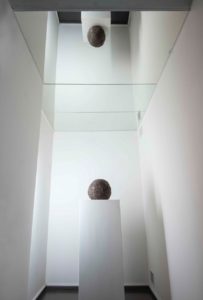