GALLLERIAPIÙ presents Minimum, solo show by Ivana Spinelli which analyzes the semantic values ​​of the legal language and mathematical formulas that underlie the economic sphere statistical surveys to reflect on the widespread incarnation of these seemingly indecipherable codes in power relations governing human relationships. The starting point is a study on regulations governing the minimum wage of 8 States (Portugal, Turkey, Morocco, India, Romania, China, Bangladesh and Indonesia) in which the production of the most famous textile brand of Made in Italy is decentralized. The artist has picked these diverse units of legislation in a publication in which the Italian translation entrusted to professionals is the first common denominator between very distant cultures and the initial prerequisite for a mutual comparison. The inverse operation result, ie the translation in the 8 ​​involved languages of the national collective labor contract for employees of the textile industry in Italy, becomes a slogan that stands on a procession of colorful flags lined up against the wall. This dual presentation highlights how language has the power to establish rules and definitions and to quantify the freedom of human action, but the unresolved tension between mental categories and unpredictable outcomes of their different modes of interpretation and application makes tangible the real meaning beyond any ideological legacy.

The line-up of numbers, data and words fielded by the artist, rather than increase understanding, generates an indefinable sensation of loss that is exacerbated by the emergence of the only possible conclusion, the translation in goods of the social body understood  as a body production and at the same time as a recipient for the final product. Each language translation corresponds to a parallel shift of processed materials and products turned in consumer goods through an international chain of assembly which imprints in them stories, struggles and defeats of an invisible multitude of workers who commute their time and their energy with a salary whose suitability is established by a statistical calculation. The minimum amount of such compensation, converted into a common currency of reference and graphically translated in a pie chart in which each nationality is marked by a different color, it is compared with the value corresponding to the poverty line in each country that constitutes the inner ring of the graph. The kaleidoscopic disk where the different extensions of the vivid pantone tones make a nice colorful pattern becomes the culmination of a sculpture whose stand made of cardboard, sheet metal and industrial parquet gives the deceptive accuracy of the mathematical data to its true extent alluding to different dwelling types. At the center of the artist’s poetics remains an idea of ​​the body understood as a place of perpetual renegotiation of meanings and of narrative and conceptual objectification: cornerstone of a system in a fragile balance between the need for subsistence and incentive to transcendence, imprisoned in the aesthetics dictates and compressed in the production rhythms, the body is also the scene of biological unpredictability and instinct that exceeds any procedural rule. Similarly the deeper meaning of the language seems to emerge in the implicit semantic gap in its possibilities of translation and in the dialectic tension between the intriguing conceptual short circuits that are born from the encounter between differences and inconsistencies forced to compete and co-exist.

In a globalized market governed by laws that define the details of every aspect of social relations that underpin the production and trade, the human factor lies in what is elusive, implicit and latent than rules. Spinelli demonstrates this overlap of levels in a series of drawings in which the real implications of the texts are evoked by her iconic work: so the operation of an industrial machinery is subject to the “blessing of almighty God”, an incomprehensible clause at the bottom of a paragraph finds its enactment in a group of women working at the sewing machine and the details relating to the provision of work of “adults, adolescents, children and apprentices” is surrounded by a reticence that is more eloquent than any figurative analogy. Isolation and de-contextualization free these brief excerpts of phrases from any precise reference and trigger a meeting of mental associations that generate new areas of thinking and new creative ideas. In Spinelli’s work words suspend their determinative function to present themselves as the pulsating ganglia of a semantic cloud that detects the network of signifiers in which life is forced and the language becomes a material to be implemented in all its possible forms. In this way the translation is used as a detonator and a litmus test of a transformation that before becoming a fact and action finds its ideal location of incubation in the shifts in meaning between one language and another and in the translations generated by the evolution of the same idiom. The substantial feeling of bewilderment and uncertainty conveyed by these passages of potentially infinite sense is strengthened in the performance National laws on the minimum wage where two narrators give body to the national laws of the eight countries considered in the Italian version. In the exchange between definitions, formulas and images transpire historical and cultural contexts destined to merge into a new Babel understood as inevitable and rich variety at the same time assuming a disenchanted definition of Made in Italy, nothing more than a linguistic residue (often used tendentiously) in which variegated material, conceptual and human hybridizations  add up. 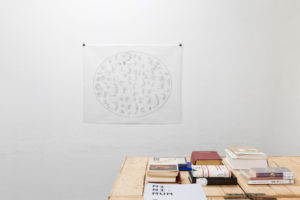 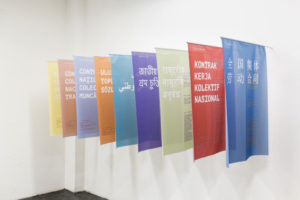 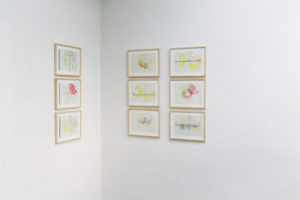 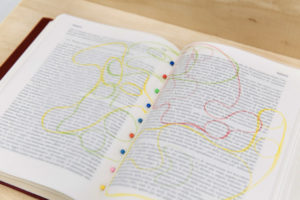