In conversation with Ronit Ker..

Jason Dodge and Giovanni Termini. The humanness of...

Jason Dodge and Giovanni Termini. The humanness of objects

Contemporary artistic production, which is extremely sensitive in acknowledging the crisis of every social and cultural model in the age of interdisciplinarity, post truth and interspecies, seems to react to the generalized inability to conceive the new with an infinite reinterpretation of the existing. The result is an (often unsuccessful) attempt to untangle the complexity of our increasingly contaminated world and to find a possible way out of the current epistemological stalemate. The emphasis on the elusive and precarious nature of the art object, cleared by the movements that between the 1960s and 1980s undertook to subvert the values ​​of the artistic system, has resulted in recent decades in a babelic multiplication of “art that does not seem art” which, no longer supported by programmatic manifestos and shared theories, is more eloquent than ever in narrating the powerlessness of post modernity. The massive presence of everyday objects (from time to time modified, raped, merged, accumulated, saved, photographed, recycled or simply presented) in art, which traces the overproduction of the global market, is a phenomenon to which we are so used that perhaps we forget, in the face of each specific case, to ask ourselves about the real need for this tool and its ability to be meaningful. After generations of illustrious artists have effectively demonstrated that “even the object as such can be art”, how many are today able to base their language on the object regardless of this now obvious postulate?

The exhibition The humanness of objects at KAPPA-NöUN, an exhibition space founded in San Lazzaro di Savena (Bologna) by the collector Marco Ghigi, brings together two artists – the American Jason Dodge (Newton, Pennsylvania, 1969) and the Italian Giovanni Termini (Assoro, 1972) – paradigmatic for their rare aptitude to explore the intrinsic expressiveness of objects, intended as their privileged artistic material, without this choice becoming obscure in the umpteenth pleonastic demonstration that even the ordinary sphere can be translated into the aesthetic one. Both are masters in creating settings in which domestic and residual elements become the protagonists of elusive stories, which outline a sort of negative portrait of our times, making visible and tangible what in the physical world can only be intuited or imagined. Dodge owes much of his compositional syntax to procedures typical of poetic writing, such as the use of existing words (and in his case also things) that acquire new meaning according to their reciprocal relationships. His works are perfectly calibrated devices which trigger in the viewer the desire to discover what is hidden, that is satisfied only if the observer manages to put his own emotions and personal projections into play. Termini’s works,which are equally coherent in their internal logic, make use of materials usually connected to industry and work to build structures in which a camouflaged imperfection acts from the inside to insinuate flaws in our perception of reality and paradoxically reveal unsuspected ironic and affective implications. The title of the exhibition, as it is explained by the curator Simone Ciglia, connects the poetics of the two artists with the so-called Thing Theory “formulated at the beginning of the 2000s by Bill Brown, who started from the distinction between object and thing originally drawn by the philosopher Martin Heidegger. If the first – the object – is linked to the domain of functionality, the second – the thing – arises from the transformation of the object when its function ceases “. When an object stops identifying with its own usefulness, it therefore becomes a “thing” that carries an individual soul, an expression of a layered experience which, by introducing the subjective dimension, inevitably refers to a human component, preponderant despite its absence.

These reflections materialize in the synergy between the works on display, all belonging to the Ghigi collection, starting with Ostacoli (2019) by Giovanni Termini, which ideally takes on the task of creating the the compositional framework of the exhibition. It is no coincidence that this work, consisting of a sequence of barriers to be overcome (a speed bollard, a road bump, a pole supported by tripods, a structure of tubes, a beam, a barrier) chromatically unified by a blue paint, was originally designed in dialogue with a museum, Palazzo Ducale in Urbino[1] (from which two of the aforementioned obstacles were borrowed). Through the concept of stumbling, which contains a dense genealogy of quotations (first of all Marcel Duchamp’s Trebuchet), the artist makes fun of the barriers that separate the public from the works in museums and invites the viewer to a mad liberating race, mindful of that of the three young protagonists of Bernardo Bertolucci’s The Dreamers in the corridors of the Louvre, in turn committed to breaking the record (happily superfluous) to visit the French museum in less than 9 minutes and 45 seconds, set by the three characters directed by Jean-Luc Godard in Bande à part. As the trio lightly dodge the guards, we too are invited to consider the impediments we encounter as incitements to take a leap above the light blue (that of the paint is the exact shade in which the sky meets the sea at the brightest point of Leonardo da Vinci’s Virgin of the Rocks).

Jason Dodge’s two blue wool blankets (In Alvorada, in Brazil, Vera Junqueira wove wool yarn the color of night and the same length as the distance from the earth to above the weather, 2013, and In Turin, Cristina Donato wove merino wool yarn that is the color of night a length equaling the distance from the earth to above the weather), which we find folded to the ground, as if to offer refreshment to those who were preparing for the obstacle course just mentioned, also allude to an overcoming. Obviously, even here the refreshment is not physical, but poetic and mental, deriving from the dream of being able to reach the troposphere following a thread or having at hand a fragment of the sky. It is the artist who decides which color of the particular night he wants to be weaved, but the processing of the yarn is entrusted to another person, whose name and the instructions she had to follow are spelled out in the title. In these works Dodge implements two canonical conceptual expedients, the delegation of action and the textual device as an activator of physical matter, but the result appears anything but cold, proof of the artist’s sensitivity in transmuting objects into emotional conductors that trigger the experience and participation of the public.

A very successful dialogue is also established between Untitled (2021) by Jason Dodge, a pair of facing bulbs (one off and and the other on) in which it is at first glance difficult to understand which is the brightest and Inclinata (2009) by Giovanni Termini, a structure made of nine wooden joists compacted by a red adhesive tape, eight with a carrara marble head, one in which the head is simulated with painting. In both works we find a declared fiction immediately denied by the evidence, the taste for semantic ambiguity (the light bulb made to illuminate lives on reflected light and the head of the technical jargon is assimilated to a thinking brain) and above all a moving metaphor of mutual aid that transforms fragility into strength. The tutelary deity of the exhibition, which welcomes asleep (but at the same time mysteriously alert) the visitor at the entrance, is Diamond inside of an owl by Dodge, a living idol even though he is already dead, which holds within it the secret of the irreducibility of the art work to the sum of its constituent elements.

[1] on the occasion of the Incontro a Palazzo exhibition, in which Giovanni Termini, Luigi Carboni, Paolo Icaro and Eliseo Mattiacci were entrusted with the plastic and pictorial interpretation of the lofts on the noble floor of the Ducal Palace in Urbino. 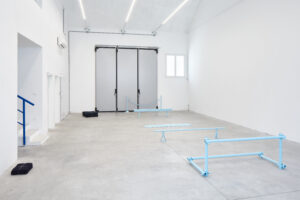 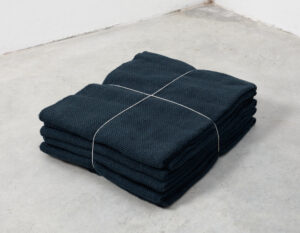 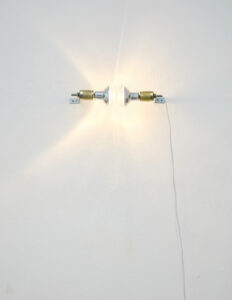 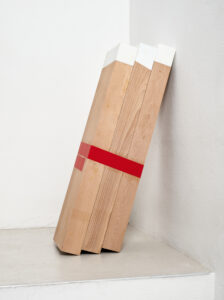 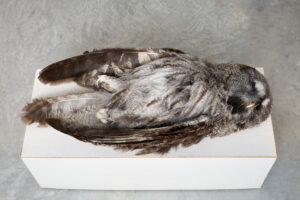