In Jonathan Swift’s novel Gulliver Travels, the protagonist finds himself in a foreign land whose inhabitants do not have a word for “lie” in their language, because the concept of not telling the truth does not exist within their virtuous society. They can only translate “lie” with a periphrasis: “a thing which is not”. Untranslatable words do not only exist in fictional books, as our languages are nothing but a mirror of who we are and of our uniqueness. Expression of people’s identities through language is at the heart of Stefano Boccalini’s exhibition “La ragione delle mani”, on display until 27th June at the Maison Tavel in Geneva, the oldest house in town and now part of the Art and History Museum.

The project moves from Boccalini’s curiosity about words from languages around the world that can only be translated through metaphors or periphrasis in other languages. For example, the Hawaiian term “Ohana” means “extended family including friends and all people with whom we feel a special bond, in which nobody feels abandoned or left behind”, while “Orenda” is a Native-American word to describe “the ability of the human will to change the world against a hostile fate”. During one of his residencies in the mountains of Val Camonica in Northern Italy, the artist involved the local community in the reflection on the significance of these and other untranslatable words. He first invited a group of twenty-two children from a local village to choose one word each, after explaining to them the meaning of about one hundred untranslatable words. He therefore shared the twenty-two words with four elderly artisans from the community, selecting together with them nine terms that could be expressed and interpreted through their traditional handicraft savoir faire. As a result, “Ohana”, “Orenda” and other seven words materialized into wood sculpture, embroidery, weaving and basketwork. The artist shows that these terms may not have an equivalent in other languages, but they can be translated and represented by artisanal handmade.

Boccalini’s fascination with words is not new, as the artist has long investigated the relationship between language and contemporary society. In “La ragione nelle mani” his research has been enriched by many encounters that have taken place throughout the preparation of the exhibition. The most striking is the encounter between language and traditional craftmanship, a form of expression that – like most indigenous languages – is threatened with extinction in contemporary globalization. The project is also an encounter among cultures, as the artist brings together words expressing emotions intimate to communities that are very different and far away from each other. Finally, the exhibition is the ultimate result of an encounter among generations: the children who helped the artist select the words; the elderly artisans struggling to keep alive the community traditions; a new generation of artisans, thanks to a call for applications which allowed eight young trainees from the community to be hired to support the artisans in designing and making the pieces.

Developed under the auspices of the NGO ART for the World Europa, the Italian Minister of Culture and the mountain community of Val Camonica, the exhibition celebrates human diversity and the richness of our civilizations. It invites the visitor to enjoy the variety of cultural identities and to connect with stories, feelings, fears, challenges, dreams felt by humanity across the world. The project also stresses the role of cultural heritage as expression of people’s uniqueness, which could be irreparably lost in a world where we all speak the same language and standardized items are more valued than authentic handmade. Following the finissage in Geneva, the exhibition will return to the artisans’ land and become part of the collection of the Modern and Contemporary Art Gallery in Bergamo. 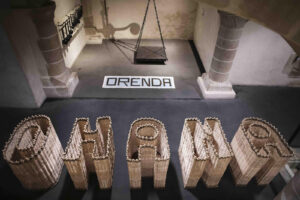 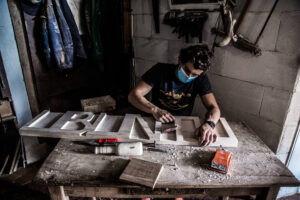 An artisan in an atelier in Val Camonica carves the word “Ubuntu”, which in the Bantu language means “feeling part of a greater community”. Ph: Emanuel Montini 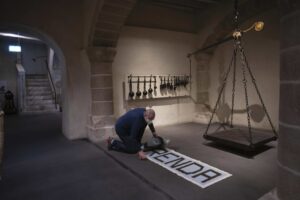 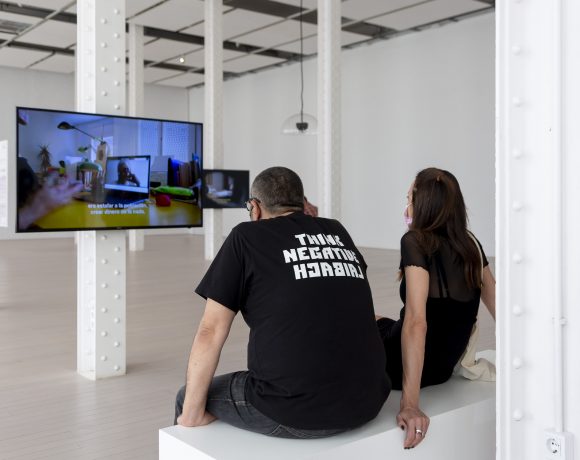