The Object as Art: Jim Dine in..

Magdalena Fernandez. The flow of becoming and the ...

Magdalena Fernandez. The flow of becoming and the echo of nature 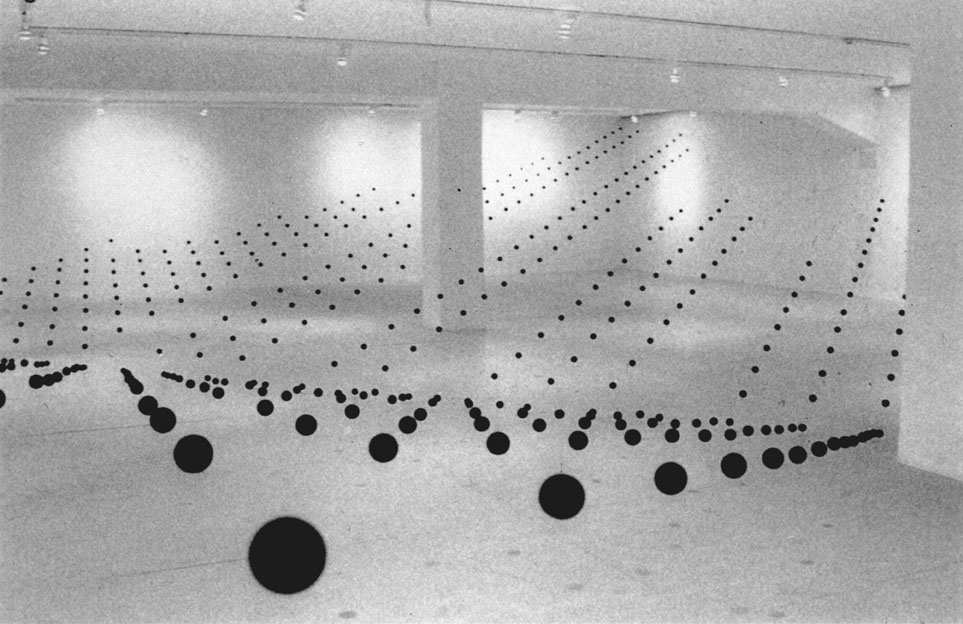 The artistic work of Magdalena Fernandez proposes a new representation of nature, by re-appropriating the modernist abstraction, understood not as the ultimate purpose of reason, but as a methodology of becoming, which unveils its unstable equilibrium and metamorphoses.  From the rigor of sign and form, the artist develops an ethics of practice to investigate the elements that hold together this apparent equilibrium, focusing on the feeling of belonging which connects man to nature. Her poetic approach discovers the essential traits of elements such as water, sound and light, elaborated through the mimesis of signs, rhythms, and flows. Magdalena Fernandez extends the rationality of abstraction, by overcoming the linearity of representation in favour of displacements, suspensions and diffractions, which reflect a feminine contribution to the modern tradition. The elements of her research are the keys to enter a new ecology of becoming, that rethinks the relationship between man and nature, in terms of mimesis, difference and continuity. The mobile nature of her assemblages, reflects the rhythmic nature of her work, as if floating in a perpetual motion.

Water is the first element of Magdalena Fernandez’s research, representing both the vital principle of every organism and the flow of events in nature. When encountering the essence of water, spatio-temporal coordinates dissolve in favour of a free movement between depth and surface, or the field for the recreation of matter. This operation becomes an investigation into the unconscious and not yet visible aspects of reality, which emerge into the surface as traces and cartographies of becoming. In this economy of fluids, the artist explores an infinite dimension, overcoming the limits of matter and experience, through the intuitive synthesis of signs, vectors and trajectories. It is evident in 2iPM009, 2016, that configures a representation and a sound of rain. From the 10th Cuenca Biennale in Ecuador, where the project was firstly exhibited, the installation finds an ideal location at the Houston Cistern, 2017, emphasising the intimate and immersive experience. The pictorial and acoustic are tuned, reaching the utmost abstraction of reality, but never completely distancing from it: as the rain falls, a succession of dots and lines are projected simultaneously to the sound of water, translated with reference to the sequence of a jazz music, composed by the Slovenian Pertuum Jazzile choir.

The idea of perceiving the sound of nature reflects a methodological and stylistic element of her practice, which makes the spatial assemblages understood as a poetic and regenerating practice. As in the myth of Eco and Narcissus, Fernandez is interested not so much in the reflection of identity in the image, but, by pursuing a female ethic, her attention focuses on the intervals, suspensions, and repetitions, as proposed at the Surfaces exhibition, 2006, at the Museum of Contemporary Art in Caracas and CIFO in Miami. Thus, the sound of nature is a dimension that requires methodological rigor as much as freedom of expression. In leading the spectator to a sonority of nature, Magdalena Fernandez recovers the acoustic essence of phenomena beyond the subjectivity of visible knowledge, where to experience the living materiality of life through sequences, signs, and patterns. In her works, the echo of natural forms, both plant and animal, is the figure and the measure for transcending the corporeal limits, and experiencing the intensity of nature.

A third element in Fernandez’s investigation, is light that, away from the linearity of the optical regime, diffracts the planes of vision to become a metaphor of awakening, such as for the work 1pmS011. The sign of light, point or line, is the precondition of existence, anticipating the positive affirmation of matter and the appearance of phenomena. Through a micrology of light, the artist rediscovers the rise of life on earth, as if in a brand new day, the awakening of animal and vegetable forms, project a grid of light’s rays, the sum of organic life. In her works, light helps to unmask the most invisible forms of nature, as seen in the Surfaces exhibition, 2006, where Fernandez leads us into a path of lights, as if we were walking under a weave of leaves, or in the work 1i015, 2015, presented at the MOCA, where the installation rethinks the architectural space, through a swarm of fireflies.

The assemblage of elements, while exploring the relationships and the unstable equilibrium of becoming, defines a female practice, which intends to recuperate the mimesis of nature, through repetitions, rhythms and metamorphoses. References to modernism, spatial researches, geometrical abstraction and formal investigations, constitute the artist’s methodology, who re-appropiates these canons by looking further towards the flow of organic forms. Focused on the interval in between elements, Magdalena Fernandez inaugurates a genealogy of female artists, who draws upon a modernist methodology to advance an ecology of elements, focusing on the energy between organic forms. Her practice is an ethics of desire to discover the invisible side of nature. If humans can still learn from nature, the artist’s gesture is significant of a political position. 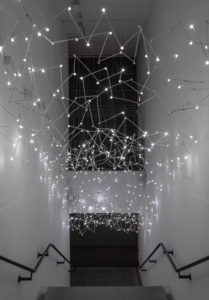 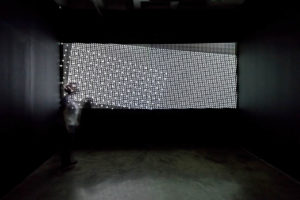 Magdalena Fernández, 1pmS011, 2011 from the series Mobile Paintings video-installation courtesy of the artist 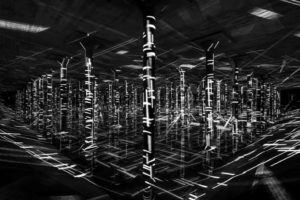 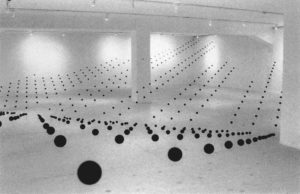