The Object as Art: Jim Dine in Rome

The Object as Art: Jim Dine in Rome 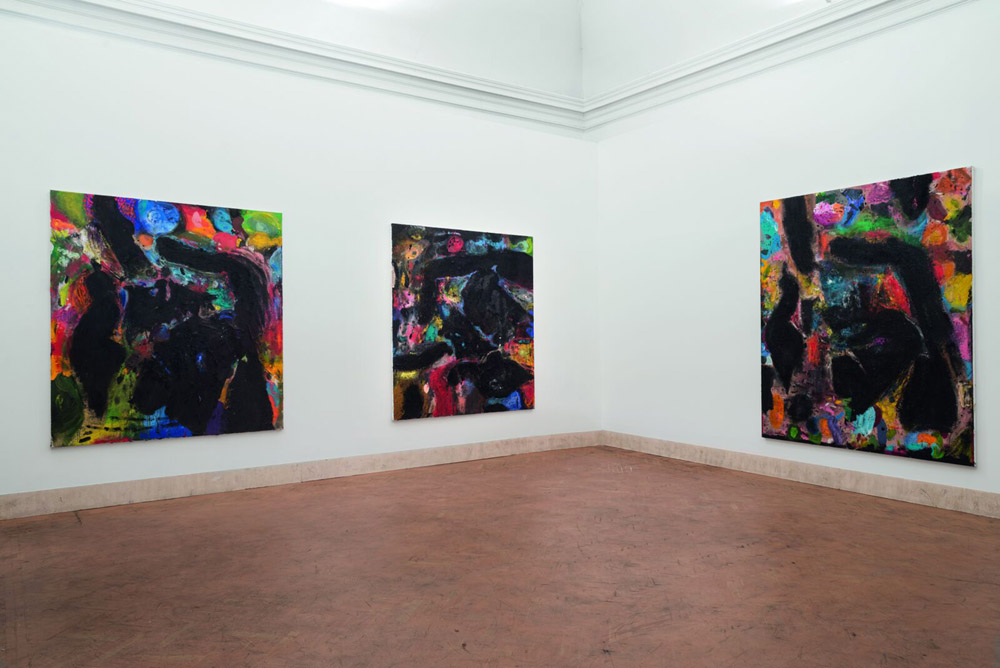 As Alberto Boatto wrote in his famous book “Pop Art”, there’s a difference between the american artists of the Fifties-Sixties and the ones of the next generation. For the Action Painting it was the inner life that came out thanks to the artistic act, but with the arrival of the NewDada it is the external world to came into the intimate world of the artist. So, from an action of showing of the private dimension in the pubblic, to a one of appropriation of the pubblic field in the private universe. Only considering this point of view we can look at the work of Jim Dine (Cincinnati, 1935) who has now experience of sixties years of approval. Grown up by the side of his grandfather who owned a hardware store, since his childhood he developed a fervid interest for the everyday object, a key factor on his research. However, we can’t consider this object as pop, as a symbol of the increasing mass culture, but instead as a symbol of a more intimate reality, far from any celebraton.

To this extraordinary, multifaced and pioneer figure of the american art, the Accademia Nazionale di San Luca in Rome dedicates an important exhibition:  Jim Dine. House of Words. The Muse and Seven Black Paintings. Opened last october, the show is located in the ground floor of Palazzo Carpegna with two considerable series of works, that focuses of the today’s thinking of Jim Dine.

Claudio Zambianchi wrote in one of the text of the catalogue: “in Dine’s work everything is an object: the everyday items present in his paintings  and assemblages right from the start, and in the installations, graphic work, sculptures and, more recently, the photographs.”

So, also in the rooms of the roman building it is the object that traces the itinerary. For Dine the object is not just something that already has its own function, but is also the matter that creates the artworks: the colour in the paintings, the words in the poems, the wood in the sculptures, aren’t them objects themselves?

Looking at this exhibition, The Flowering Sheets (Poet singing) is the most spectacular. Is is a big installation that occupies the entire room, in which every wall shows caothic writings, but not without a logic. The Flowering Sheets is the title of the artist’s poem, entirely written on the perimeter of the room, surrounding the visitor, who can walk through the wooden sculptures that live this space. Each one with different attitudes and poses, these women are a contemporary homage to ancient art, literally mentioned in their dresses and their solemnity nature. These muses look like evidence of another age, fascinating and poetic in this current position. But, the real protagonist of this artworks is a white, wooden, clustered and polyester self-portrait. This installation is been presented for the first time at Getty Museum of Los Angeles in the 2008, but now the city of Rome offers new starting points of reflection about the dialogue with the past, and how the contemporary artists can rework this huge heritage.

The show goes on with the series of the Black Paintings, a totally pictorial group of canvases. These are seven big paintings born in the parisian studio in of the artist in 2015 and created over six months: The Joseph Poem, The History of Screams – Bernini, Damaged by a Crack, Mad Dog Swimming, A sign of Its Pale Color, Tenderness, Eurice is Gone, Happy, Anew, a Parrot of Sunrise, The Blood Moon. In every canvas it is the matter (the object) that builds a universe of intense colours, where the black is only a pause, moving freely on the surface between the clumps of painting and the rhythm of narration. These artworks kept the artist busy with a consideration about paintings without distractions.

The exhibition gives the chance to catch the evolution of a thinking that never stopped experimenting, but that also always kept a strong bond with the tradition. 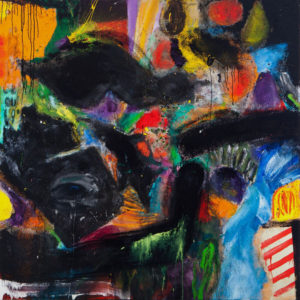 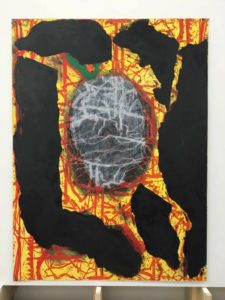 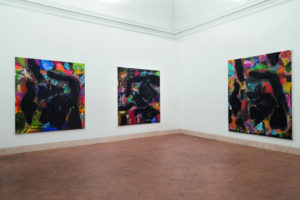 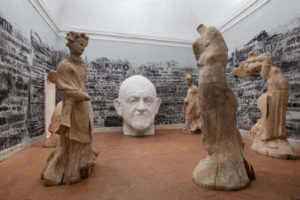