Cecilia Alemani and her Projec..

Manifesta 11. What people do for money: Some Joint...

Manifesta 11. What people do for money: Some Joint Ventures. 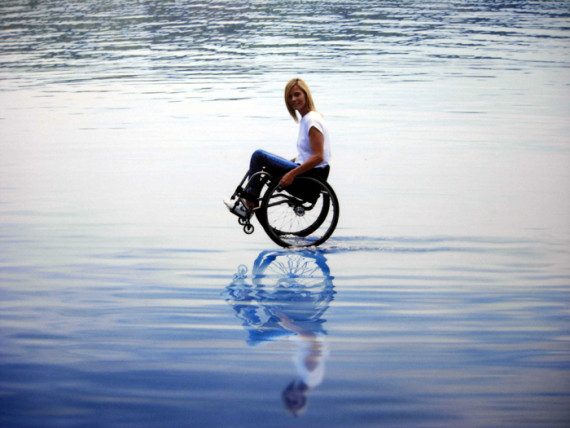 Last week it had been inaugurated in Zurich the eleventh edition of Manifesta, the European Biennial that changes location every two years to investigate the international art scene in relation to ever changing geopolitical platforms. For the first time the curatorship has been assigned to an artist, the German Chistian Jankowski, who developed the concept of the event by identifying in the central position of  the financial aspect the dominant feature of a nation which in the last century has become more and more attractive for global capitalism. Our contemporary world is crossed by radical changes in production, consumption and interpersonal communication methods as a result of new technologies that have exponentially increased the production systems questioning the previously achieved balances and bringing out a new antagonism between human and artificial resources. Work, perceived as one of the key elements in building the identity and its relational possibilities, imprints individual expectations and projections for the future by connecting more or less consciously private life to the results of a global macro-economy governed by increasingly elusive dynamics.The interest of Jankowski for the semantic implications of this multifaceted issue has roots in his art, which has always focused in questioning cultural and consumerist stereotypes and in forcing the boundaries between reality and fiction. In his performative events he has often collaborated with other professional subjects – magicians, theologians, therapists, executives and managers or operators of the art world – calling them to assume responsibility for the creative reworking of contingencies related to their role, turning into artwork the participatory process itself and the time of its operation.

According these assumptions What people do for money arises as a collective experiment in which 30 international artists have been invited to discuss with as many representatives of different professions in Zurich, each choosing a “guest” with whom dialogue to develop a site specific installation. The results of this unusual collaboration are shown in two museums, Löwenbräukunst and Helmhaus, and 30 satellites spread in the city that coincide with the workplaces of the involved citizens, while every evening in the Pavillon of Reflections, a floating structure on the lake, films documenting the artist – worker interaction and the genesis of every project are screened. The result is a performative exhibition where the city – lab experiments with its own internal dynamics, opening to the destabilizing and oblique processes of the artistic approach, while the art tests new ways of intersection with the most coded aspects of everyday life reflecting at the same time on its cultural reagent function in relation to the economic system to which it belongs.With these premises, which are open to unpredictability and to risks of misunderstanding, error and lack of communication due to the oxymoronic combination of an absolute creative freedom with a strict starting format, the 30 abnormal joint ventures activated in Zurich have produced very conceptually and linguistically different results from each other.

It then passes from highly scenographic sets, like that of Santiago Serra who protected Helmhaus with defensive structures such as if the city were in war or that of Evgeny Antufiev , who installed a large moth in the apse of a Protestant chapel, to more rarefied interventions like that of Ceal Floyer which provides the sound superimposition of a text simultaneously translated in two different languages ​​or literary reflections about the meaning of life printed on the windows of the university hospita’s waiting room by Jiří thýn. Video becomes cultured fiction in the ironic approach of Mark Schmitt who offers a remake of El ángel exterminador  by Buñuel set in the local police station, it becomes mockumentary in Carles Congost’s film recited by firefighters of the Fire Department or witness in Teresa Margolles’ contribution that denounces violence suffered by transgender sex workers in Ciudad Juárez. Figuration assumes conceptual traits in the hostess portraits painted by Yin Xunzhi according stylistic stereotypes of Western painting, as the surreal photographs of Rodland Torbjørn charge of dream meanings the dental implants made ​​by his host. In some cases the artist’s contribution is a performative suggestion that his professional partner is invited to implement, as the pseudo functionalist uniform designed by Franz Erhard Walther that will be worn for the duration of Manifesta by the employees of a luxury hotel or as the menus resulting from the collaboration between John Arnold and a young chef that combine the recipes of historical official lunches with take away food from some ethnic restaurants. They have also been sensational proposals like the idea of ​​Maurizio Cattelan to make a Swiss Paralympic athlete walk on water by a special wheelchair or  the provocative exposition in Löwenbräukunst of human excrement collected from Zurich’s sewer system and pressed into minimalist cubes in the installation of Mike Bouchet.

The underlying challenge to works commissioned for Manifesta lies in the constriction – necessity to reconcile inspiration, that is volatile and impatient of limits, with the inevitable interference of a superimposed contextualization preserving the internal needs of the artwork in its dialectical relationship with the double exhibition destination in the museum and in the satellite. Each artist establishes different levels of intimacy with a professional and with the logic of his daily activities and the friction between these two different systems for approaching world is embodied in hybrid artworks that testify a wide range of instincts in with fascination, criticism, temptations of self-reference, empathy, tension and demystification are constantly alternating.

The multiform hypothesis of sense emitted by this great experiment of institutionalized loosing of control emerge as a continuous and provisional negotiation between what seems obvious and an inextricable tangle of contradictions, intuitions and stereotypes. It will be up to the visitor the task of interacting with these proposals to replace theirs hints in their emotional and cognitive horizons by engaging to accommodate any aporias and differences in a process of signification that is effective only if it agree to be independent and subjective. 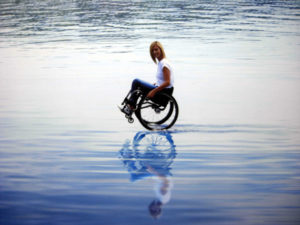 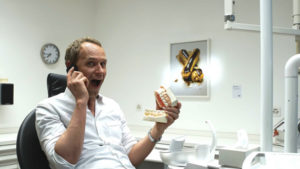 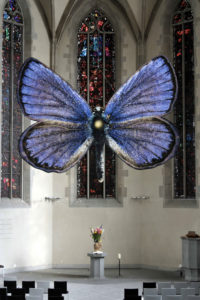 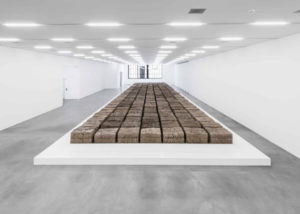 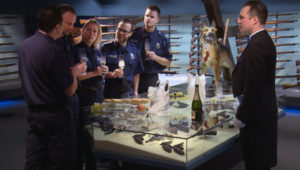 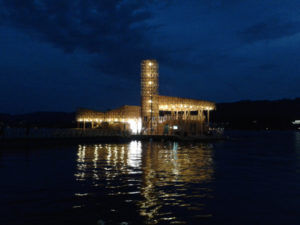 Zurich, Pavillon of Reflections by night 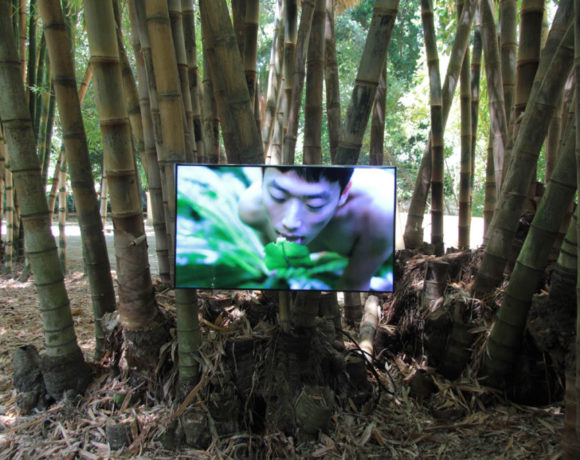