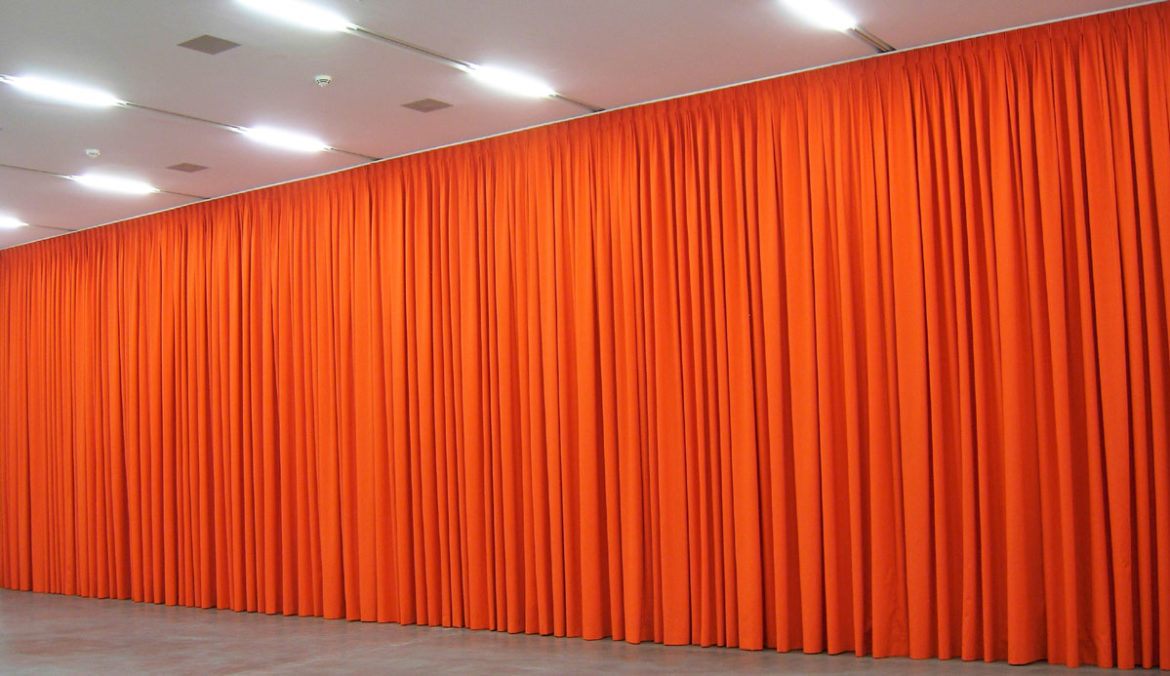 Reduction is the hallmark of the oevre of the artist Maria Eichhorn (b. Bamberg, Germany, 1962) in mostra al Migrosmuseum in Zurich until February 3rd. The 12 works selected for the show – dating from the past thirty years – constitute an exemplary sampling of her creative path, in constant tension between analytical depth and reductionist fundamentalism.

Eichhorn’s practice prompts critical scrutiny of entrenched norms that regiment everyday life and art, with a particular focus on socioeconomic processes. The issues she raises spotlight questions of value, time, property and ownership, categories whose agency the artist deliberately undermines. Calling normative realities in question in order to raise awareness of the structure that surround us: that is one central objective of Maria Eichhorn’s creative practice. She subjects capitalist mechanism as well as historical and social circumstances and the premises and operations of art itself to review. Her work grows out extensive research, during which the artist compiles abundant information and wealth of references that she then analyzes and prepares for public presentation. Her works, charting complex thematic concerns, often hew to a pointedly basic aesthetic, a deliberate subversion of the art market’s econom of attention.

With an individual case as her point of departure, Eichhorn develops abstract analyses of social structures; a characteristic example is Prohibited Imports (2003), which examines the restrictive censorship practises of the Japanese authorities. The project, which is a starting point for an examination of the constantly changing legislation, jurisdiction relating to press freedom and freedom of speech, refers specifically to the Japanese custom authorities’ practise of submitting imported book to censorship. Between 2000 and 2002, several parcels of books were sent from Berlin to Tokyo, on the assumption that the Japanese customs would open the parcels and censor the books. The book Mapplethorpe. Die grosse Werkmonographie was sent twice: one copy was censored at Tokyo’s Narita Airport, but not the other.  In the exhibition the two copies of the Mapplethorpe book are laid open on top of each other on the upper shelf of a wall-mounted display case designed especially for the presentation. Offset by approximately the extent of the censored section, the details of the same photograph in both censored and uncensored form can be viewed next to each other. (The picture in question shows Mapplethorpe’s photographic work Patrice, N.Y.C., 1977).

Eichhorn’s conception of art is informed by the dematerialization of the work, as it is clear in her wall texts that since 1989 the artist applies on a white wall in multiple layers of white paint, until the text becomes raised, relief-like. The texts are painted using emulsion identical to that of the wall and only the tag that indicates its position and a very careful observation allow their identification. As a part of the exhibition, a wall text with the postal address of the museum has been realized as a site-specific work. Each wall text is bound to the respective owner of the work. In case of a change of residence, the wall text is re-executed using the new address. The ownership of the work may comprise several iterations with differing addresses, depending on the number of times a change of residence occurs. Wall texts executed in the old location remain in the possession of the original owners but the site-specific rights of display are trasferred to the new residents.

Eichhorn’s works function as pinpoint interventions into exhisting situations. For example Building as Unowned Property – created on occasion of documenta 14 in Athens, consists of converting the legal status of a building in Athens into that of unowed property. It comprises all the activities and procedures involved in this conversion process, such as legal research, the search for available buildings, the inspection, selection, and notarized confirmations of the new legal status ogf the building and lot as well as the entry in the register of deeds and use of the building. The work was concerned with Athen’s urban fabric, where high vacancy rates, especially in the center, are a conspicuous indicator of the social and economic crisis in Greece. By converting a vacant building in Athens into an unowed property, the artist creates a sculpture in the urban space that belongs to no one – and hence to everybody.

Alongside this kind of projects, which trigger and are based on refined cognitive processes, other works appear brutally lapidary, flaunting a sort of negative art that tests the museum’s capacity for resistance to the almost complete disappearance of the artwork and its meaning. Paper Bags (2009/2018) for example consists of customary commercial bags with Data Quest Apple Premium Reseller printed on them, filled with empty products packaging collected by various people. The everyday products, such as foodstuff and cosmetics, had been used by the individuals tasked with collected them. Or Cart/ 90 posters (1995/2018), a collection of posters (exposed on an ordinary iron cabinet with wheels) continually updated and extended with each exhibition. The posters, collected by Maria Eichhorn originate from the programs of activists and from Eichhorn’s work Ilan Panosu / Billboard, which was conceived in 1995 for the Istanbul Biennial.

Other works seem to resume conceptual tautologies in vogue in the ’60s, when many artists pursued the absolute formal coincidence of the work with its meaning, the development of univocal and impersonal procedures and the naked “presentation” in open opposition against the obsolete “representation”. To this group belongs for example Four corners of a Removed Sheet of Paper (1992/2018), whose unlimited edition consists of a box with three folded sheets of paper and a page cointaining the following instructions and technical specifications: “Attach a sheet of paper either vertically or horizzontally to a wall with a transparent adhesive tape. Remove the paper in such a ay that the four taped corners of the paper remain (stuck) to the wall.” Or Rolled up Banner (1988/2018), a roll of stacking paper stapled to two wooden slats at both its ends and subsequently rolled up as well as Curtain (1989/2001/2018), which comprise ten variously colored curtains  realized in different locations between 1989 and 2001. The curtains’ color (in the exhibition we see the orange one) and their chronology were determined at the time of the first curtain in 1989. 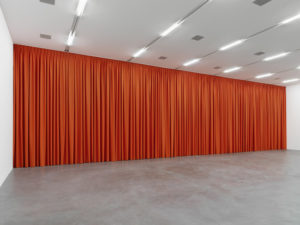 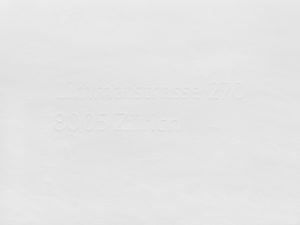 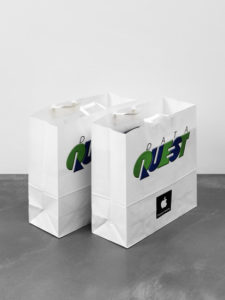 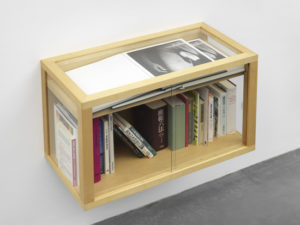