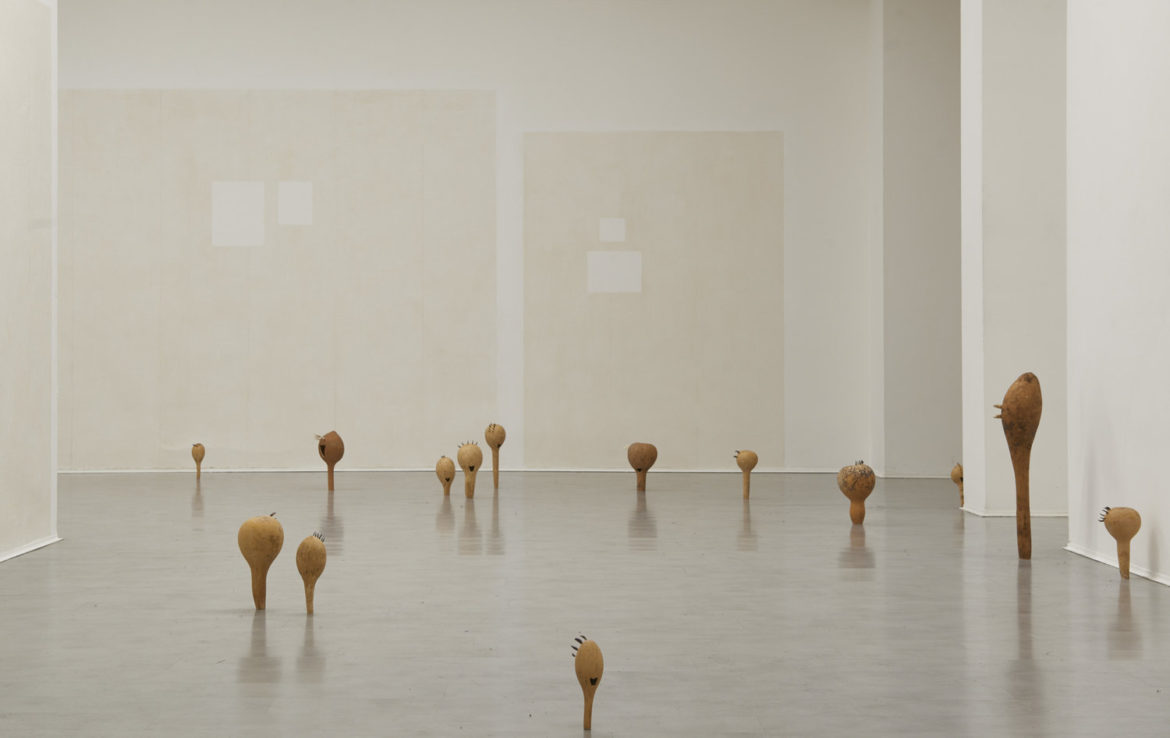 One of the most evocative works of the 57th Venice Biennale was Living Dog Among Dead Lions by Vajiko Chachkhiani (Tbilisi, 1985) in the Georgia Pavilion, where the artist had assembled a small abandoned wooden house taken from the countryside of his native country, complete with furniture, paintings and other simple everyday objects, equipping it with an internal irrigation system that simulated a continuous rain. A faint yellow light illuminated the unadorned rooms, visible only through the windows partially shielded by curtains that invited the spectator to approach with caution, as if he were witness to a sorcery that at any moment could have involved him. During the 6 months in which it was set up, the natural process of rotting of the materials exposed to moisture and water stagnation generated a sort of spontaneous dramaturgy that led to meditate (or rather to perceive) the existential implications of resistance and change. The work was a tribute to the spirit of adaptation that the Georgian people has shown over the centuries, facing the Muslim invasions, the tsarist one, the Soviet dictatorship (which also made victims among artists and poets) and the difficult transition to democracy. The ” living dog among the dead lions” mentioned in the title therefore alludes to the common man, who from the majestic Caucasian nature has drawn the strength to react to the survival tests to which the story periodically submits him.

It also starts from these assumptions Glass Ghosts, the new exhibition by Vajiko Chachkhiani at de’ Foscherari gallery, which through the title suggests how fragility and absence are essential components in the artist’s research, which draws on traditional Georgian culture as an inexhaustible reservoir of metaphors of the precariousness of the human being in the face of destiny. Here too we find a faint trace of a house, evoked by a yellowed wallpaper that covers the walls of the gallery, on which are identified the shapes left white by mysterious removed paintings, as if they had been transported elsewhere to save them from a sudden calamity. The mute eloquence of these ghost images depicts the turmoil that is felt “in the presence of absence”, when we are faced with the sibylline remains of something that has been but which is now no longer, when we look at the lapidary incompleteness of fragmentary signals that do not lead anywhere and magnify the lack of what has vanished.

Compared to the house of Living Dog Among Dead Lions, here the perspective is reversed because the viewer, having crossed the threshold of the gallery, finds himself inside the house, even if the conceptual abstraction of its walls does not immediately make it recognizable, like a trap that triggers when it’s already too late to go back. Now we have to look on the ground, where a strange population of toothed and ungulate pumpkins grows unevenly scattered all over the surface of the floor, on which we must walk carefully so as not to risk treading one. These clusters of fetishes, which show off the aggressive attributes of wild beasts now definitively tamed by death, testify to the birth of a new breed of obstinate creatures, hybrid ghosts resulting from the assembly of fruits and animals without pulp, meat and entrails. Still and suspicious, they arouse attraction and fear at the same time, concretizing the radical alterity of the animal and anticipating the tragic consequences of breaking the delicate balance on which the coexistence of the different living species that populate our planet is based.

The installation on show indeed is inspired by a natural disaster in Tbilisi, a flood of the river Were that killed nineteen people and hundreds of animals in the local zoo. On that occasion, many of the surviving animals that the fury of the waters had freed from the cages began to roam the city, making the landscape of the flooded streets even more surreal and constituting a real danger for the inhabitants, one of whom was mortally assaulted by a tiger. The strange individuality of the zoomorphic pumpkins that we see in the gallery (some of which were created with claws and teeth taken from the corpses of those animals) materializes an existential condition of incommunicability and diffidence that investigates the loneliness and fragility of a being detached from one’s own habitat and perpetually forced to watch around to defend against unknown dangers.

Digging into the metaphorical and formal implications of absence, the artist identifies correspondences and similarities between apparently unrelated elements, such as pumpkins and the latent images on the walls: both are empty, surround an unbridgeable lack and are devoid of home and identity. The ability of Chachkhiani to arouse intense emotional involvement stems from the sensitivity with which he succeeds in probing the collective imagination starting from simple materials and objects, which in his hands become amulets of a secular rituality that operates in the intersection between life and death to raise universal questions. His installations have the same mythopoetic vocation as ancient fables and they are the result of a similar process of fragmentation, displacement and re-use of semantic units that each time re-aggregate in a different way to form new stories. And precisely this aspect, perhaps, demonstrates more than any other its close relationship with his country of origin, Georgia, a land permeated with stories since the dawn of time, when Prometheus was chained to a rock in the Caucasus mountains and the golden fleece was there stolen by Jason with the help of Medea. 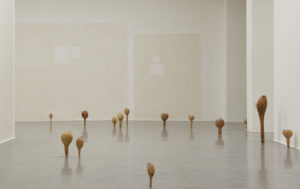 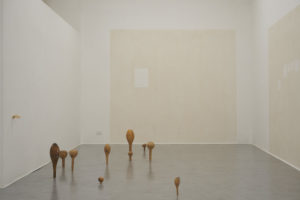 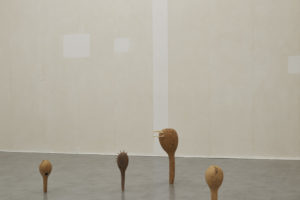 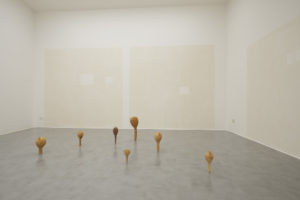 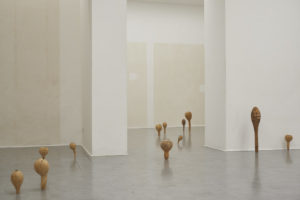