Don and Mera Rubell started collecting by attending the artists’ studios and trusting their instincts. They started 54 years ago and their son Jason continues their collection. Art has become the passion of the Rubells and, since their first acquisition in 1965, they have had the ability to build one of the most significant and far-reaching collections of contemporary art in the world, which now includes 7,200 works by over 1,000 artists and that continues to grow. In 1993, their passion focused on opening the Rubell Family Collection / Contemporary Art Foundation in Miami’s Wynwood neighborhood, thus paving the way for a new model of sharing a private collection and spurring the neighborhood’s development as a leading district in the United States.

With the opening of a new location, the Rubell Family Collection was formally renamed the Rubell Museum precisely to emphasize its openness to the city and its willingness to welcome the most varied public, and on 4 December 2019, the Rubell Museum expanded with the opening of a new 30 thousand square meters campus of which 80% is accessible to the public. Housed in a former industrial building transformed by Selldorf Architects, the museum is structured in such a way as to be able to present not only part of the collection, but also an articulated set of temporary exhibitions. The new headquarters are located in the Allapattah neighborhood of Miami.

From the very beginning, the Rubell couple focused on finding newcomers and those who had been neglected by the market, acquiring works by artists who later became famous; these include Jean-Michel Basquiat, Cecily Brown, Keith Haring, Rashid Johnson, Hayv Kahraman, Jeff Koons, William Kentridge, Yoshitomo Nara, Cindy Sherman and Mickalene Thomas. The result is a wonderfully broad and profound collection that reveals a fruitful lack of homogeneity.

Since opening the Rubell Family Collection in Wynwood twenty-six years ago, the Rubells have added many engagement programs with the city, including a partnership with the Miami-Dade County Public Schools, which engages thousands of students every year. The museum currently also hosts curatorial training internships and artist residences. In addition to Mera, Don and Jason Rubell, the museum’s management includes Juan Roselione-Valadez, who has been part of the team for twenty-one years.

The Rubell Museum, thanks to its very large and articulated structure, hosts, until 12 December 2021, alongside a selection of the works in the collection, as many as five solo exhibitions; we give the list: Natalie Ball (very ethnographic); Hernan Bas (who incorporates romantic and classic cues, finding inspiration from the world of fashion, gothic culture and children’s books); the installation “Narcissus Garden” by Yayoi Kusama; the solo show of Yoshitomo Nara (poised between oriental illustration and westernized comics); “Sanctuary” by Genesis Tramaine (1983, Brooklyn, NY / lives in Brooklyn, eight paintings made during a six-week residency at the Rubell Museum, in 2020).

However, the museum’s activity does not end within the walls of its headquarters as it has also taken on the task of disseminating and circulating the works it owns. One of these traveling exhibitions set up with the works owned is “30 Americans” which brings together the most important African American artists of the last three decades. This exhibition (designed more than ten years ago) focuses on issues of racial, sexual and historical identity in contemporary culture while exploring the powerful influence of the black community’s artistic legacy across generations. 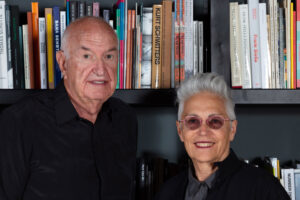 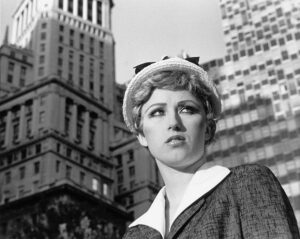 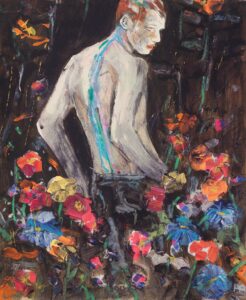 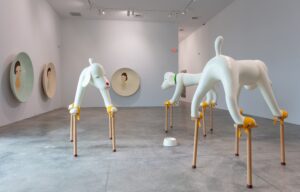