Salvatore Nocera. A decade of ..

The power of images. An iconic.. 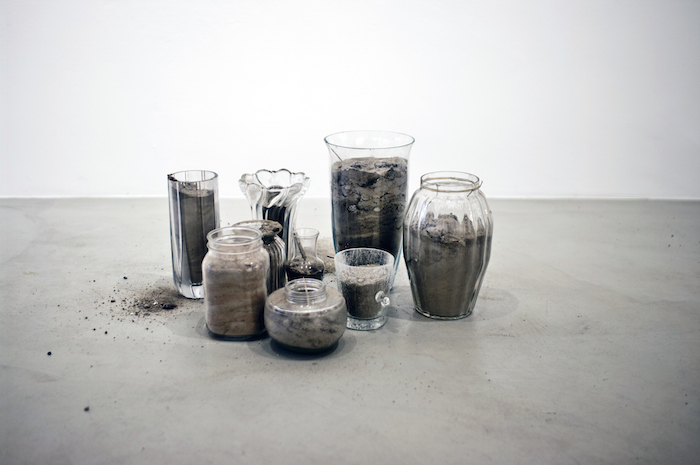 What do the Academy students take in the intricate art system they are about to enter? What creative languages do they​​prefer and what aspects of reality do they think it is more urgent to emerge? What are for the so-called digital natives the distinctive features of our time and how do they envision the future? What is the role of art in our society and what does it mean to be artists? For some years, the Academy of Fine Arts in Bologna has been proposed as a privileged observatory of the emerging artistic trends with the Opentour project, which involves students and graduates in collective exhibitions located in public and private spaces in the city. The initiative, which allows young people to meet with a wide audience of experts and simple curious, is an important occasion to sample new aesthetic currents that try to tell the fascinating liquidity of the Years Zero.

As expected, many works are concerned with the virtualization of identity in the media era, such as the work by Tiziana De Felice presented at LOCALEDUE, consisting of a series of posters (a typical element of a teen-culture with a bit vintage aftertaste) replacing the effigies of cult characters with selfies modified through beauty make-up applications for smartphones where a crowd of unknown people is self-celebrating as an icon. The dialectics between the real world’s realities and its virtual emanation and the construction of identity meant as hybridization of found elements which are freely combinable in an infinite cut-up are the strengths of video maker Sathyan Rizzo, ambiguously fascinated by the Net as the extreme drift of mass communication. If precariousness becomes a point of thought, everything is possible and the opposites add up instead of undoing, eroding at the root the credibility of the founding myths in which past generations laid their certainty. Christina G. Hadley (involved with Rizzo in a project dedicated to the former church of San Barbaziano curated by Piero Deggiovanni and Leonardo Regano at LABS Gallery) interprets hagiography as a pop hologram in which a squalid present mixes with a shabby and unreal past. The typical imagery of marketing and commercial communication had strongly influenced also the private life of individuals and the packaging strategies of the artistic objects, undermining the concept of author: Marco Casella on display by CAR DRDE exasperates these contradictions with the realization of gadgets and templates that pretend to equal the artwork to a consumer product.

If the realm of digital artifacts appears more and more mimetic and competitive, artists react to the aggressiveness of the virtual looking for security in nature, always a source of inspiration and beauty for the human being. So Yongquiang Chen at GALLLERIAPIÙ rediscovers the evocative potential of a trunk wrecked at sea transforming it into the home of a hybrid hyacinth-wax made of wax that heat could melt at any time, while Sofia Bernardini at P420 exposes a chameleon alive in a display case challenging it to confront with a colorful twist made by Andrea Renzini. Even the shapes of the most common industrial manufacturing objects may have a natural archetype, as ironically emphasizes Paolo Bufalini by chaining a small motorcycle to a shark’s jaw, while Luisa Turuani returns soul and feeling to a group of stones which become a source of cry thanks to an empirical irrigation system.

The desire for immediacy and concreteness of the new artistic generation is carried out in a new poetics of the object, interpreted as a depository of otherwise inaccessible stories, forms and suggestions. So Alena Tonelli in Ex Voto reconstructs the stratification of the use of the San Barbaziano complex with a kind of Sindone that captures the imprint of the elements characteristic of each historical period, while Lucia Fontanelli has poetically guarded the past in a series of urns of recovery where she collected the dust deposited in the place during the years of abandonment. Luca Bernardello assumes an inverse path, drawing from the church some objects, subsequently cleaned and polished to restore their original state, which become the compositional elements of new combinatorial sculptures (similar for the economy of means and minimal outcomes to those already cited by L. Turuani) that only keep track of the initial placement in the title.

Another important search finds in the physicality of the body the inexhaustible source of a truly authentic touch with oneself and the means to tune the most visceral emotional and affective impulses. Emblematic from this point of view is Melissa Torelli’s diary-polaroid presented at GALLLERIAPIÙ, which accompanies intimate frameworks of a trembling and helpless body to texts that manifest the existential discomfort of a young person who faces the chaos of adult life. The body as an expression of a feeling which become fusion of individualities and naked skin texture is at the center of the photo series Lovers by Karin Schmuck (Enrico Astuni gallery) that subverts the portrait canons by framing peripheral portions of the subjects to amplify the sweetness of their gestures protecting them from the voyeuristic looks of the audience. The involuntary and biological body is the recipient of paintings by Mattia Pajè (CAR DRDE), which show illustrations drawn from reflexology manuals, associating them with the chromatic frequencies that act on the considered organs to explore a mode of fruition of the work that evades the spectator’s intentions. The movement of the body that measures and activates the surrounding space is the fulcrum photographs by Filippo Marzocchi, who fits into a night-time urban landscape by drawing further bright paths with a lamp which accompanies his movements.

Unfavorable with too much buffering and arduous art, some artists seek a direct and immediate involvement of the spectator and conceive their work as tools to arouse critical reflection on social and existential issues. This line includes the Veronica Billi and Chiara Prodi Telepathy Exercise (P420), a book for two readers with a story that becomes understandable only through the joint and coordinated action of two people, an action by Giordano Secci (GALLLERIAPIÙ) which invites the public to meditate on their role in the world and in the art system by choosing between two different stamps and the performance by Olivia Teglia reflecting on the labile border between normality and psychopathology by reciting the 567 questions that should identify this boundary in some psycho-aptitude test.Finally art can also be a light and almost incorporeal thought that with minimal tools (such as lights, words, sounds) is able to open abysses in our awareness and emotions, such as Daniele Di Girolamo’s physiological solution flush that overthrows its content on the ground inviting us to reflect on the precariousness of mental and biological balances that guarantee our existence or the immersive installation by Irene Fenara (P420) that seems to literally want to lock the sky into a room wrapping it with a dreamy blue light that makes immanent the distance of a suspended thought. 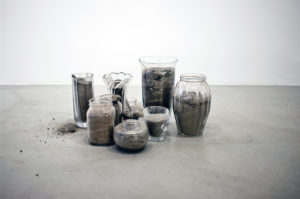 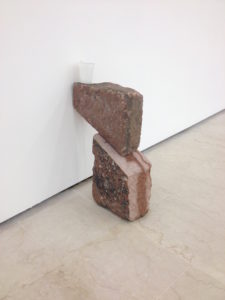 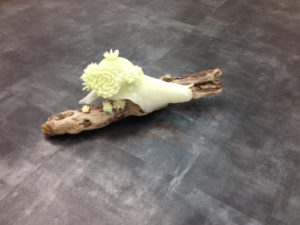 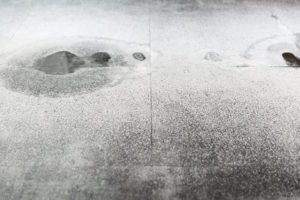 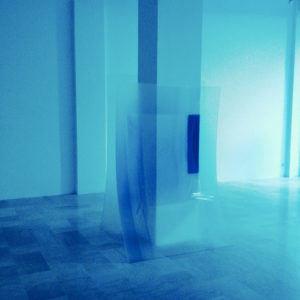