The power of images. An iconic selection of photog...

The power of images. An iconic selection of photographs on industry and work. 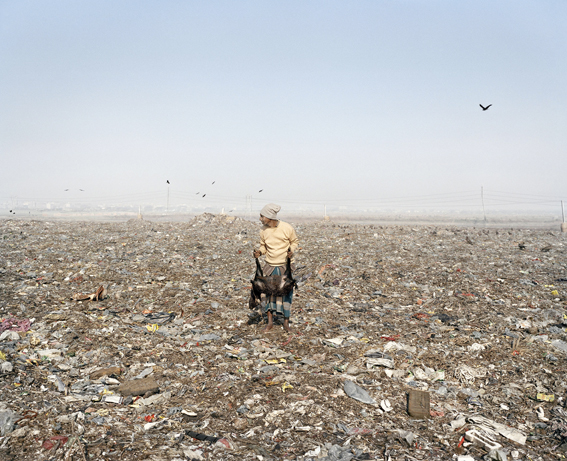 In five years of activity, the MAST Foundation in Bologna has created a vast collection of photographic images by the most important international masters who have documented and interpreted the history of industry and work since 1860. The collection, which is unique in its kind, currently has thousands of works that together form a varied fresco of industrial production investigated in its main implications and themes, including architecture, urban landscape, machinery, workers, executive cadres, security, health and strikes. The main purpose of this enterprise is to form an archive of memories and visions that focus from different points of view the complex reality of work and innovation in the conviction that a correct reading of the present is based on the awareness of the past and the knowledge of geographical and political interrelations that link every area of ​​our globalized world. Photography, in which converge the direct documentary instances and the aesthetic of an image declaring self-sufficiency every time, is the ideal medium for the emergence of intuitions and questions otherwise destined to remain unexpressed.

The exhibition The power of the images presents a selection of over sixty photographers investigating the realm of production and consumption in order to suggest new connections and modes of vision that emerge from the approach / contrast of always impeccable impressions. The exhibition path sketches a multiform narrative that comes from a succession of spaces and environments whose apparent heterogeneity becomes a centrifugal structure while the alternations of the dominant characteristics of each image (such as full / empty, individual / choral, black and white / color) act as a conducting thread.

In this way Bernd and Hilla Becher’s surgical catalog of industrial archeology, in which uninhabited factories portrayed in soft gray scale assume an archetypal and almost abstract truth, light up an unexpected dialogue with the shots by Rudolf Holtappel, where the anonymous industrial jungle is the background for the unpredictable movement of a group of children who want to wash a car, while Pepi Merisio accentuates the contrast between man and machine in a surreal shot in which a man drives a horse drawn carriage leaving behind the trellises of a dreary plant. Rémi Markowitsch photographs the machinery in Volkswagen factory of Wolfsburg as if they were the internal organs of a mysterious and gigantic animated creature and he instilles in the gears and metal pipes a powerful erotic charge that assimilates the mechanism of those devices to the biological gasps of an intimacy crudely unveiled. A subtle and sophisticated voyeurism permeates also the glimpses of Nino Migliori, who seems to spy the logistic activities of a factory, returning them as otherness and compositional beauty, while Thomas Struth interprets the halls of Thyssenkrupp Steel in a theatrical sense, by insinuating in the image the awaiting for a stage action that seems to be on the go.

Struth’s suspended time becomes immobility in Gabriele Basilico’s unmanned chariot, dizzying leap forward in Edgar Martins’s shots depicting the engine room of the Alto Rabagão power plant or futuristic condensation of moments in the series that Jules Spinatsch devotes to a shift of eight hours in the John Deere tractor production plants. Speed ​​as a human attribute boosted by mechanical prostheses is at the heart of Winston Link’s ironic shot, featuring a cinematic drive-in (American cult of the 1950’s) where a couple seated into a car looks at the movie screen where a plane is taking off while a train jams in the background. The interior of a train that carries commuters to work is instead the subject of the almost coeval image by Yutaka Takanashi, where workers come across a narrow space trying to reduce the size of their body to fit the artificial geometries of the train carriage.

If human beings seem to disappear in futuristic implants photographed by Walter Niedermayr, where workers are fleeting and blurred attendance at the service of a forest of sophisticated devices that grow lush from the floor as plants in a greenhouse, Sebastião Salgado portrays the fatigue of a multitude of miners climbing a vertical wall with heavy burdens on their shoulders, highlighting another form of dehumanization resulting from the absence of technology and from the intense exploitation of a workforce deprived of dignity. The inequality of world wealth has historical and political causes and in the age of globalization it is increasingly governed by the abstract mechanisms with which finance decides the destinies of millions of unaware individualities: the photographs of the Chicago Chamber of Commerce taken by Beate Geissler and Oliver Sann tell the exhaustion of an unsustainable position war and the unstoppable run towards the abuse of power which is untruthfully understood as progress.The future of a system based on the need for unrestrained exponential growth can only be apocalyptic, as warns Jim Goldberg in the High Noon, a shot that ideally concludes the exhibition: in the middle of a large plain used as a dump in Dhaka in Bangladesh, a barefoot guard separates bodies of animals from waste materials that surround him up to horizon.

The epic of progress with its violent contradictions outlined by this exhibition, which deliberately refuses a thematic and chronological consequentiality, frees the evocative potential of each image to create a field of conflicting forces that, in confronting themselves, subvert the real data by making the underlying consequences of a system too often perceived as foreign to man emerge. By renouncing the claim to offer unanswerable answers, the exhibition project aims to stimulate the observer to ask himself questions and to experience different points of view on the present, inviting him at the same time to become aware of how the same image can convey different and parallel concepts that can coexist without weakening each other. 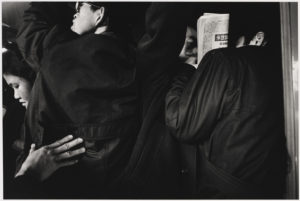 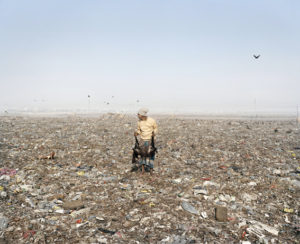 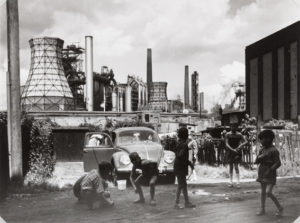 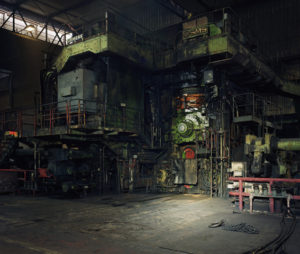 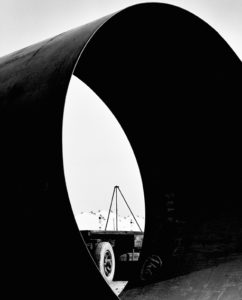