The complexity of language, a necessary act, is present in photography and around photography and it captures an identity reason extended from the medium to the author and then forcefully returns to the instrument, able of exploding an almost infinite search term. The lexical scope, hidden behind a mirror of pure aesthetics, has a Hamletic modulation. Speaking of photography, which we can now be gladly interpreted as an “event”, it is clear how much its nature is suspended, halfway between the subject-object and its representation.

With this premise, we welcome with satisfaction the Luca Lupi exhibition Esposizione at the Cardelli & Fontana gallery in Sarzana, curated by Ilaria Mariotti, from 10 April to 15 May 2021. Lupi’s evolution certainly depends on its relation with the landscape, a subject transcended by nullification, or rather by “difference”: the usual fruition ceases, due to the well-known troubles of 2020, the year of almost all the works on display, so the Tuscan photographer has taken his research to an extreme minimalism, full of all the visual sublimation in favor of a procedural observation. Landscape is an event, better a medium, to paraphrase William J. T. Mitchell [2], it cannot be an autonomous object, a “thing”, and it cannot be represented in its temporal dimension, at most interpreted. Pointing out, Lupi’s formal passage from a recognizable though absolutist photograph [3] to a media analysis with multiple semantic results, is symptomatic of an informal European path, from the avant-garde to the current historical moment, never deprived of a sentimental and transcendent spark, fact well exposed by Rosenblum in his theoretical assumption interpreter of a romantic continuity between the nineteenth and twentieth centuries in Europe [4].

Follower of the pictorial tradition, photography, both when it manifests an icastic eloquence and when it reflects a philological purity, has never been immune to spiritual reading, rather it has been a collective consciousness’ trigger on the image timelessness and existential proof of Matière et Mémoire [5] through light. The romantic significance of current artists is evident, they are the most effective in bringing aesthetics to a post-media level and involving the user, who, in ontological and emotional sharing, participates in the final rendering of the work. In this sense, departing from the individualism of classical Romantic painter, in our age we can speak about Relational Romanticism.

The work of Luca Lupi is relevant; the temporal transience of the landscape, already present in works categorized by the author as Spazi (2010-2012), which the curator Mariotti punctually summarizes the exhibition in a hinted and delicate narrative proposal, or in the Trittici-Time (2011-2014), resists in the chromatic geometries of his very recent Esibizione (2020) which, by virtue of the physical erosion of light on the paper support, return a nostalgic distance (romantic matrix) to the viewer, active in a gnoseological response filled with image and memory [6].

Interesting and further explaining is the same attitude to graphism both past and present romantics artists, also persistent throughout Lupi’s work. Graphic, essential, “skeleton”: the perfect image of the suspension, halfway between substance (object) and thought (representation).

This reduction is due to the strong temporal presence of Lupi’s work; here time is the “difference”, between reality and mise en scène, it is Michelangelo’s “levare” [7] capable of making photography like sculpture, a “physical” event, yet capable of extraordinary metaphysical, vacuous and tautological comfort [8].

[1] Interesting, by the way, Valtorta’s words (translate by the reviewer): «Thus, photography takes on the meaning of an experience with regard to the outside world, with a stronger conviction and a more conscious intentionality also on the part of photographers, in fact, and no longer just artists (the distinction between “artists who use photography “and” artist photographers “lasted a long time and perhaps in part still lasts, even if, from the 1980s onwards, the process of interpenetration between the media has progressively corroded this historic distinction, which is still worthy of investigation.)», cf. R. VALTORTA, «In cerca di luoghi (non si trattava solo di paesaggio)», in R. VALTORTA (a cura di), Luogo e identità nella fotografia italiana contemporanea, Einaudi, Torino, 2013, p. 8.

[3] Lupi own is a reading of the surrounding with a sober but powerful look, able to deforming the slightest identifiable references in supporting apparatus for the vacuum. The visual chromatic research has evolved into an empirical process on colors and light, returning suprematist geometries in total harmony with the previous work: if as a photographer the authorial presence was canceled by a geophysical distance, in Esposizioni the author’s intervention is also reduced in its physicality, entrusting the process to natural elements.

[4] Text rarely cited in Italy, despite the association between Friedrich and Rothko has become a critical icon: from Giorgio Agnisola to Ilaria Mariotti herself, there are many voices that welcome this pictorial “Alpha and Omega” as well as a mystical reflection of the contemporary. Cf. R. ROSENBLUM, Modern Painting and the Northern Romantic Tradition: Friedrich to Rothko, Thames and Hudson, [Leipzig] 1975-1994.

[5] The reference to Bergson’s essay is purely intentional.

[6] Franco Vaccari, artist and theorist, said (translate by the reviewer): «That hic et nunc that had never left a trace before photography is formalized in the frame by means of it, thus gaining access to visibility and memory. But if, as we have said, the unrepeatable is what by definition has no place in the series, it is the irreducible to history, it is the hole in the structure, the photographic eye always fixes an absence, an absence that asks to be questioned, and the story it contemplates is a story of voids and cracks, of gashes in meaning, the only true story that can be built up through photography can only be the story of its own look.» Cf. F. VACCARI, «Archeologia dello sguardo», in R. VALTORTA (a cura di), Franco Vaccari. Fotografia e inconscio tecnologico, Einaudi, Torino, 2011, p. 76.

[7] A question well suggested by Mariotti in the critical text of the exhibition, to which it is worth adding the reflection by László Moholy-Nagy on the potential inherent in the medium itself, well reported in the publication by Clément Chéroux. Cf. C. CHÉROUX, Fautographie, petite histoire de l’erreur photographique. Yellow Now, 2003.

[8] Impossible not to mention Barthes, probably the most acute written on photography and perhaps by the French semiologist himself. Cf. R. BARTHES, Camera Lucida, Hill and Wang, New York 1981. 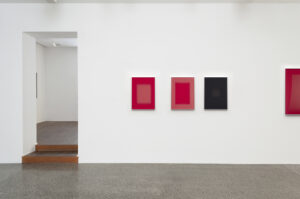 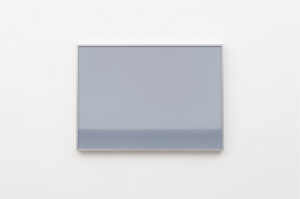 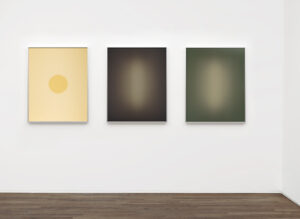 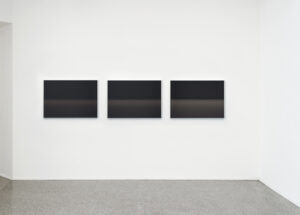 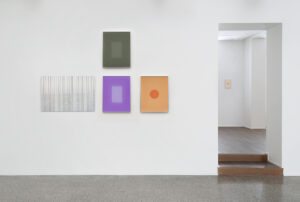 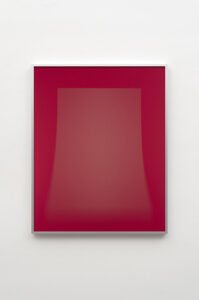