Judith Röder. The Behaviour of..

Richard Smith. An artist between abstract expressionism and post-minimalism

Four summers have already passed since the death of the English artist Richard Smith (1931-2016), one of the most original painters of his generation and one of the most underrated, despite the enormous commercial and critical success in the United States and Great Britain during the sixties and seventies. At first, his art bridged the apparent gap between abstraction and pop art, since the refinement of his paintings revealed the inadequacy of these categorizations. Smith was born in Letchworth, Hertfordshire, his father was a printer. The periods of study at the art schools of Luton and St. Albans have been separated for two years in the RAF of Hong Kong. From 1954 to 1957 he studied at the Royal College of Art in London, and was a prominent light in the first wave of brilliant assumptions that redefined painting standards and protocols. His belonged to the first generation to be fundamentally influenced by the first large exhibitions in Britain of American abstract expressionist painting at the Tate in 1956 and, in particular, in 1959.

Smith engaged with the new culture of packaging and advertising and extended his paintings to the space of the room to such an extent that the canvases almost became sculptures. At the Royal College he made expansive paintings with vigorous and slanting brush strokes that looked abstract, but he was already keen to emphasize his interest in popular culture and media. In the letter co-signed by his tutor John Minton he observed: “For your generation the 1930s meant the Spanish civil war; for us it means Fred Astaire and Ginger Rogers “. His art was abstract, yet always rooted in the real world. In 1959, a two-year Harkness scholarship brought Smith to New York, where Times Square billboards influenced a new body of work, consisting of paintings in which soft-edged shapes and modulated surfaces seemed totally abstract, but were actually based on the details and quality of magazines and other photographs. Titles like Revlon and Panatella indicated the type of sources Smith was drawing on. Despite reading Marshall McLuhan’s The Mechanical Bride, a study on the advertising industry, his use of commercial images was neither celebratory nor critical.

He was fascinated by the advertising of cigarettes and by their pervasive presence in the mass media: this led him to create a series of works based on the pack of cigarettes. His first solo exhibition was at the Green Gallery in New York (claimed by some as the first solo pop art exhibition), the second at the super-hip Kasmin Gallery in London. In the gallery he projected large works based on packs of flip-top cigarettes onto the wall and floor; in this performance he used humble material such as jute bags and pieces of cardboard, creating gigantic photographs on an epic scale that revolutionized the boundaries of pictorial practice. Smith participated in some of the most important exhibitions of his time. In 1959 he worked with Ralph Rumney and Robyn Denny in the exhibition Place at ICA, where the canvases were positioned on the floor to create a labyrinthine environment; it was included in the Situation group exhibition in 1960 at the RBA Galleries, which celebrated the impact of American painting on the British; in 1964 he participated in the retrospective Painting and Sculpture of a Decade, dedicated to the artistic production of the decade ’54 -’64 at Tate Gallery.

Between the late 1950s and the early 1960s, he perceptually wrote about the art of colleagues, revealing in those texts his awareness of the essential relevance of the new urban environment and photographic media. He was also a pioneer when in 1962 collaborated with the photographer Robert Freeman, in Trailer, an 8 mm color film focused on cigarettes and other commercial packaging. The film is lost, but his published notes state: “I paint on communication”, explaining that in deriving painting from everyday objects, he tried to establish a common ground between the viewer and art. Each of Smith’s solo exhibitions established a new frontier in the territory of painting, extending its definition; so much so that his solo exhibition at the Tate in 1975 was structured around the re-creation of his seven most important exhibitions. The complex structures caused the canvases to swell along the wall or in the room; a 12-meter sequence of painting, which gradually changed its shape, was based on the pages of a calendar from which subsequent pages had been torn.

Gravity intended as a poetic element has become a key component and the works, both lyrically significant and formally innovative, made the gallery seem like a sail shop full of colors. In the 1960s, Smith moved between Britain and the United States, teaching for various periods in Colorado, Virginia and California before settling in Britain, Wiltshire, in 1968. In 1978 he moved with his family to New York, where he became an active part of the art scene, living first in Tribeca and then in West Broadway. He continued to make Kite Paintings, which became increasingly elaborate, throughout the 1980s. From 1993, he returned to more conventional flat surfaces, creating space through the interleaving of painted forms (which alternate and dynamize almost monolithic forms), but always demonstrating his extraordinary use of color . Curator Bryan Robertson noted that Smith has proven himself a great designer in everything he has done. Smith was one of five artists who represented Great Britain at the Venice Biennale in 1966, where he won an award, but after the seventies his work was mainly exhibited in the galleries of New York and London that represented him, and his international fame began to decline.

The Sixties Art Scene exhibition at the Barbican in London in 1993 reminded the world of the ambition and inventiveness of Smith’s early works, and was followed by a solo exhibition at the Bernard Jacobson Gallery in London three years later. It could be said, however, that stereotyped ideas of the art of the 50s and 60s prevented his unique fusion of abstract values ​​and contemporary arguments from being fully celebrated, and it is perhaps the greatest concern that his biographers have, talking about his enormous unexpressed force. 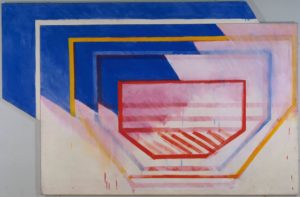 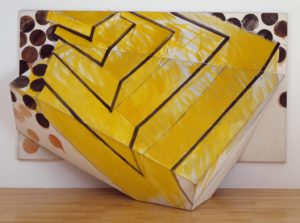 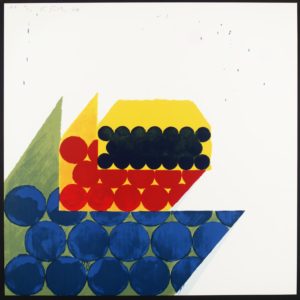 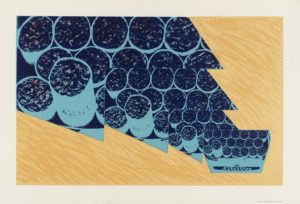