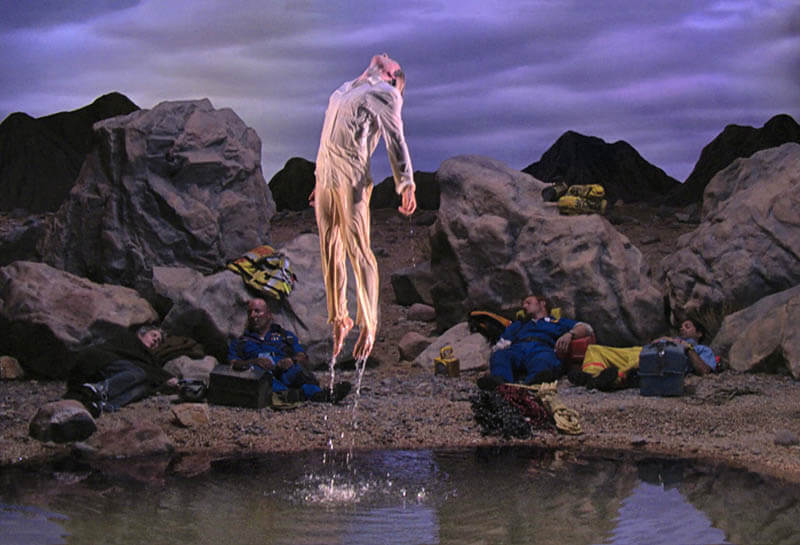 With the exhibition Bill Viola. Rinascimento elettronico, Florence celebrates the New York artist, pioneer and undisputed master of the new international video art; now a reference model for the creative use of the medium. The event – curated by Arturo Galansino (General Director of the Fondazione Palazzo Strozzi) and by Kira Perov (the artist’s wife, executive director of the Bill Viola Studio) – includes 26 works, created from the seventies to 2014, exhibited at various venues until 23 July: Palazzo Strozzi,alleria degli Uffici, Museo di Santa Maria Novella, Museo dell’Opera del Duomo. For the occasion, digital works have been shown in a dialectic exhibition with Renaissance masterpieces, starting with those that had inspired Viola in the two years in which he worked (1974-1976) at the Center art/tapes/22 in the Tuscan capital. Exemplary the combination (which establishes a continuity despite the temporal distance) of the Visitazione by Pontormo and The Greeting, revelation of the Biennale of Art in Venice in 1995, when the artist was chosen to represent the USA. Obviously, this type of production is not a post-modern quotationism rather an affirmation of a concept of expansive art, from the great symbolic potential, which incorporates the demands of the contemporary and actualize History.

The exhibition, thanks to the quality of the works and the original setting in suggestive environments, has a strong power of attraction toward a diverse audience which, being immersed in plurisensorial installations inhabited by metamorphic images – between evocative sounding columns, sublimating light and distressing darkness – rediscovers latent motivations and feelings. From the life-transcendental context – where the human being interacts with the transformative energies of primary natural elements such as water and fire – emerge the precariousness of life, the inevitability of death, the resurrection yearning. Viola, therefore, pervades the artifact of sensuality/spirituality, despair/hope, holiness, mysticism and utopia, without following religious dogma or remove expectation of the future. The video art is a distinctly modern phenomenon, even if it takes formal and ideals means from the past. A composite art that creates an unparalleled unique that brings together more experiences (figurative painting, cinema, performance, sound, theater) that the author customizes with autobiographical memories, high technical specialization and experimentation, focusing on the message rather than the seduction of technological components.

He also focused attention on the video freely treating existential questions related to fundamental values that the materialism and the hectic pace of everyday life have pushed on the back. That’s why he ‘impose’ a slowed reading of installations and calls the audience for a more intimate relationship with their time. To achieve higher and engaging results, he constantly investigates the mechanisms of vision, calibrates the animated movement and studies the theatrical-spectacular aspect. He shapes a new aesthetic by changing the encoded structure of the work in terms of a total perception and addressing universal themes with a critical assumption, veiled but determined, to re-establish the current cultural-philosophical system and the individual subjectivity. He virtually revitalizes painting loading the realistic and lyrical image of new senses to highlight our inner and supernatural needs, even exploring the unknown and the mystery. Thus he gives the work a strong emotional and communicative value, sensitive and evocative, capable of stimulating the viewers a deep reflection about his own life and destiny of humanity.
Bill Viola, therefore, through the electronic art is able to display restlessness, feelings and aspirations of man (propulsive heart of his own investigation) to raise from the ruins of the present his most natural identity.

Regarding his activity the artist told to me:

Luciano Marucci: The present exhibition in Florence clearly focuses on your relationship with art history through the linguistic evolution that characterizes your work. Can the advanced technologies that you use in function of spiritual, sentimental and symbolic visions, as well as the multimedia and emotional interaction with the audience, stimulate the imagination and encourage the artistic invention?
Bill Viola: The medium of video has always stimulated my imagination. Its invention and development was in parallel to my own growth as a human being and as an artist. Each new tool became part of my palette that helped me express an idea, an exploration, or a vision. My immediate first attraction to video was the fact that it operated in the present, and nothing needed to be recorded to see an image on a monitor. So for me, it became a surrogate eye, something that could always be looking. Some of these early observations that were recorded are in the Palazzo Strozzi exhibition. Throughout my art-making career, there were many influences on my ideas and work. I was lucky to have lived in Florence in the mid-seventies, where I experienced first hand paintings and sculptures that were not in books, but in churches and cathedrals where they were still being used meaningfully. Eventually, when it was time for me to use this experience, it brought me to a place where I could see the true meaning of humanism of the Renaissance and I embarked on an exploration of the emotions. Emergence (2002), for example is modeled after Masolino’s Pietà from Empoli that is now displayed in the same gallery in the Palazzo Strozzi. The focus is not so much in the form of its framing, but in the emotional content of the image, the sorrow and grief expressed through the eyes of Mary and St John, and the compassion and resignation in Christ.

LM: In your works does the medium have to be totally dominated by the experience and the experimentation to avoid that the fascination of technology prevails on the perception of the deep human contents and on immersions in the mysterious cosmic space?
BV: People have always been fascinated with the moving image. Perhaps it is our hunter instincts that lead us to always pay attention when something moves. In the installation of the works we make sure to hide any indication of technology, no cables, no labels on the screens, so that all people see are images made of light. The light can be projected light (bounced off a surface), rear projected onto a luminous screen, or emitted from a flat panel screen. Then when we add sound, the viewer is immersed in an ever-changing environment and becomes part of a different world, a world that has been created for them, but one they can navigate in on their own. With the moving image, as the piece unfolds, we give the gift of time, time for reflection on our own lives. 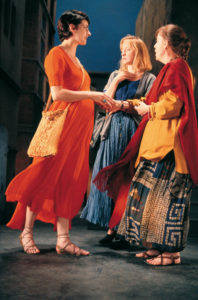 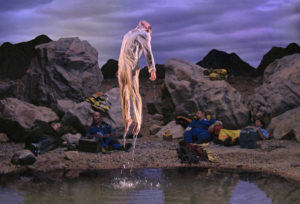 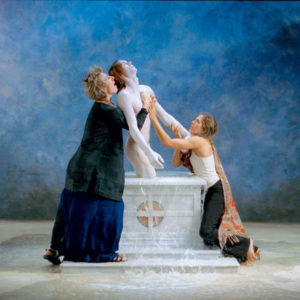 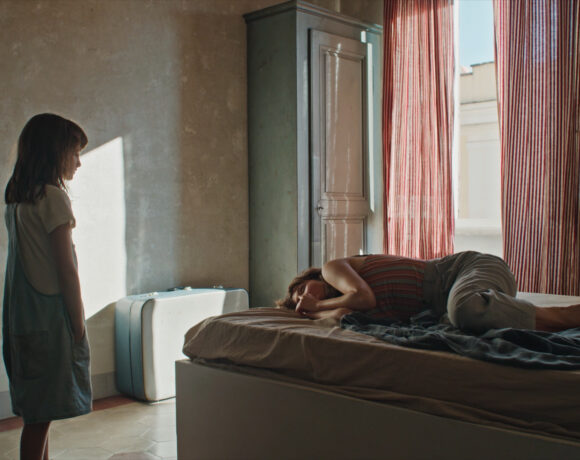