Raid | Museum for Pigeons. A free artistic foray to give the abandonment a new meaning. 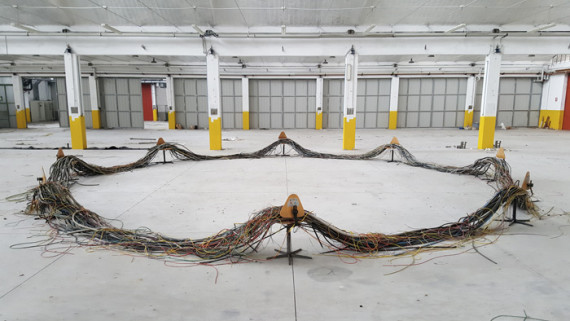 The city’s suburbs are increasingly surrounded by disused factories and buildings that rise like gloomy witnesses of recent upheavals of the globalized economy and the consequent production and social changes: delivered to a destiny of slow oblivion, they are often receptacle of vandalism that accelerate their decay. From these considerations and from the fascination for these abandoned working cathedrals Raid | Museum for Pigeons was born, a free format of artistic interventions in the post-industrial satellites as a proposal of creative regeneration of urban areas at risk of losing their identity and as liberation from the dogmatic logic of the art market. Developers and leaders of this project are Alessandro Brighetti and Giulio Cassanelli, founders of the Artist-run space Fat Studio where they cohabit and work in synergy with other spontaneous associations.

The first Raid took place in Bologna, January 28, 2017 during Arte Fiera, when a handful of artists for 6 hours (from 10:00 to 16:00) has appropriated an abandoned factory in the hinterland where each, established his own room, was invited to interpret the space in a non-invasive way with materials recovered on site without any limit or expressive constraint if not the aesthetic and structural integrity of the hosting place. The action, organized as an act of offering not finalized to exposition, was accessible only through the web (streaming and recorded) by full-HD webcams given each artist associated with a nominal channel for online direct. The nowhere, understood as urban space to drift and as artistic secret outpost, expanding itself into the web neutral ground acquires an emblematic and ubiquitous identity that incorporates all types of artistic process, as sculpture, installation, happenings, performances or street art, to celebrate theirs intrinsic need to exist. So in this intangible fruition merge the abandonment to which the site-specific works are destined and the collapse of the structure that generated them, sublimating the offhand of an artistic practice that ironically identified its exclusive intended purpose in a museum for pigeons, the current beneficiaries of the works and of their container.

Accompanied by Alessandro Brighetti, we went exploring this mysterious location, a boundless semantic limbo in which the artists’ creations live in symbiosis with the natural settling of building materials and with obsolete logistic and instrumental artifacts that testify the sudden interruption of the production cycle .The plant, an ex factory of motorcycle brakes built in the 60’s, is located on two levels: the ground floor there are huge rooms once dedicated to the production plants where the natural light from large windows and large skylights spreads a candor zenith which resets every shadow, while on the second floor are located in a labyrinthine succession some smaller rooms, intended for offices, archives, canteen and dressing room for the workers. The hushed atmosphere leads us to proceed in silence to be able to perceive sound variations of the steps that trample shards of glass, soil or uprooted electric cables, the echo of a water leak, the creak of a slow material collapse. No noise intrusion appears to come from the outside, time is wild as the slow progress of the vines that have infested the central courtyard and insinuate every hole to regain the inside, the space appears immeasurable but rationally punctuated by orthogonal intersections of structures carriers whose trend is underlined by a Kafkaesque alternation of white, yellow and red, ambiguously bright despite the neglect.

In this immense theater each detail seems to gain importance to become signal, fantastic warning or handhold, like a surreal computer lying in a puddle, an accumulation of blue pipes abandoned by some looter or a suggestive collapse of a stack of containers after an indeterminable a landslide. The artists’ work is part of this wounded semiotic network by adding new signifiers ganglia to reconnect with each other the residual vital pulse of the place and turn it into a visionary workshop of thought which recasts the operating system.Scouring the remains of an obsolete social apparatus we meet, among others, the reflections about painting by Matteo Fato, a wholly designed cave-room by Roberto Paci Dalò, the fairytale castle of candid fireproof brick assembled by Emilio Rojas and the giant magic crown-circle made of chairs and wires by Giovanni Termini.

Fato’s injunction “not to paint vain” counterpoint the explosions of white paint with which Andrea Nacciarriti makes spectacular some random accumulations of object or golden patina with which Marco Ceroni ennobles and abstracts isolating certain elements. Other interventions have a ritual meaning, like the swaying polychrome tile mosaics composed of Francesca Pasquali, the banners raised by Laura Renna in honor of furnishings dead plants or the political performance by Arthur Duff that makes solemn an invective against the presidential election of Donald Trump. In this multi-faceted celebration of the inspirational potential of disorder and chance it is even more alienating the contribution by Ivana Spinelli, who meticulously arranges the former room of the union by soaking it in an impossible retroactive time. The tour ideally ends with the monumental installation by Alessandro Brighetti and Giulio Cassanelli, which in a large hall crop a precise rectangular portion in the pigeon guano deposited over the years on the floor corresponding to the area of ​​the attic where a crowded colony of birds has permanently taken up residence. In the middle of this organic carpet stands an inverted cone of birdseed modified with an emerald green food coloring as a mocking invitation to the only users of the museum to collaborate in the artistic production.

RAID – Museum for pigeons – is therefore not the epitaph of a social and political system hopelessly lost but a symbolic act that embodied the hope of a revival which can restore aesthetic and functional dignity to our valuable industrial architecture and it is designed as a reproducible format in every city that hosts international exhibitions and fairs of contemporary art to offer a truly alternative and radical point of view about art and its dynamics. 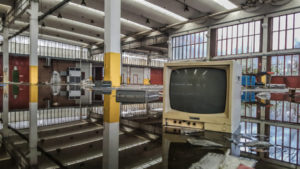 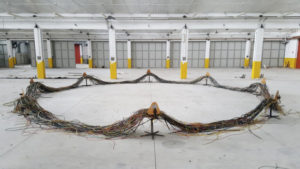 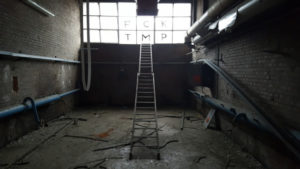 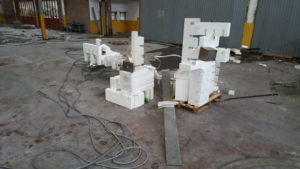 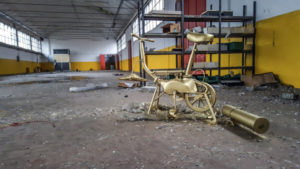 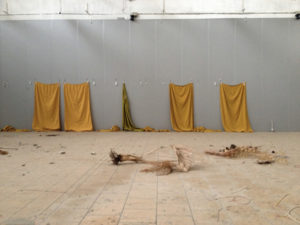 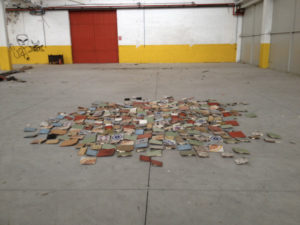 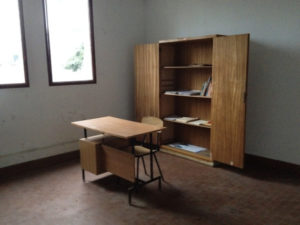 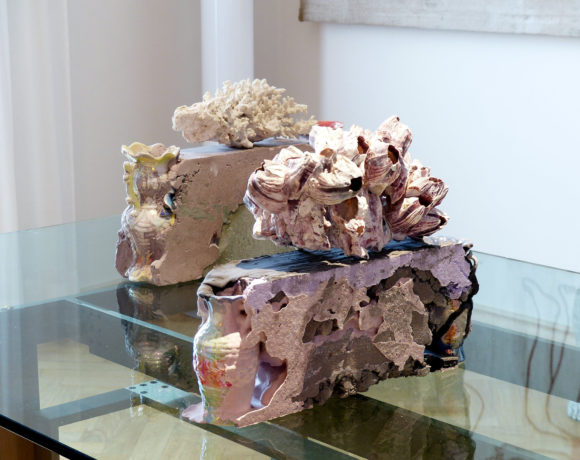 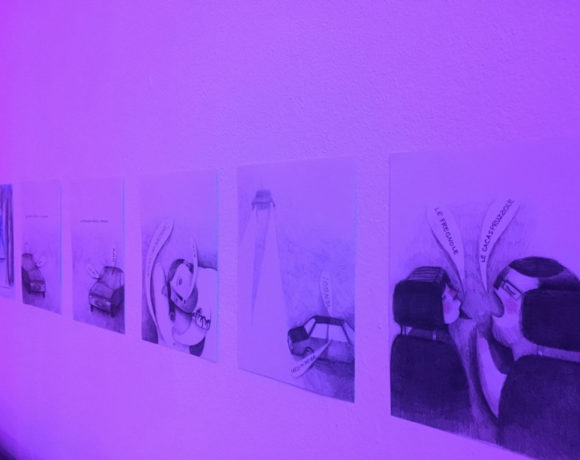 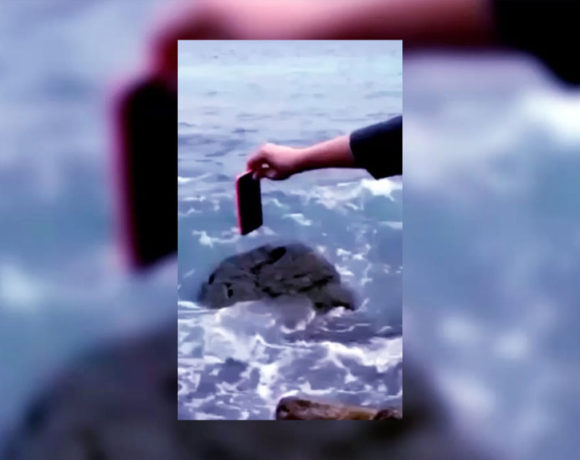