Elsa Barbieri: Slight vibrations (Vibrazioni Sottili) is the title suggested by Alfredo Cramerotti that, I know, immediately met your favor. I seem to find an extraordinary affinity with that idea of ​​rhythm on which many critics, whose attention you have attracted, have stressed.
Rosanna Rossi: Rhythm is my way of working, it comes from what I produce. It happens that there is a predetermined rhythm, which I follow faithfully. But it can also change during processing, it doesn’t have to be primary. Changing, of course, changes the general effect of the work: in the change of rhythm there is the change in surface, in the image that comes out. It happens even if the rhythm is predetermined. It is not said that the result corresponds to the initial thought.

You come to abstraction after a figurative debut, of expressionist derivation, which was affected by some purely personal events: the war years, the transfer to Tuscany, the teaching at the Cagliari psychiatric hospital.
I taught first at the art school, then at the psychiatric hospital. I was curious to see if there was a difference between a high school student and a young art lover who was confined to a hospital. A significant awareness occurred with one of the patients. Urged to work, one of them told me that looking out the window he saw what he wanted to paint. There was no need, according to him, to reproduce something that already existed and that could be looked at. This alerted me to the necessity of geometry as the supporting form of any figuration, not determined by what appears but by what builds this appearance. Everything has a geometry that underlies it, and this created a new way of understanding the space in front of me. From that moment geometry has always accompanied me, because it is all over the world, from the grass, to the plant, to the human body. You can’t escape.

In geometric jargon the line is a set of points obtained with the continuous movement of a point of the plane. It is the basis of every form. And it is the cornerstone, along with the color, of everything you have transposed over time on the canvas, on the paper, on the table. And in the rounds.
Since I decided to walk the streets of abstraction, the narration is excluded. The line and the color are natural for me, the color becomes a line. And each time it is determined by what I mean by the brushstroke. I also did some really material works. The series of paintings entitled Garze, for example. In that case I used the line in the subject. Or the Carati series, the carat is born from the line and multiplies in the line, with the line. In the beginning I was much more vertical, the surfaces that allowed me to free the body and the mind seduced me. The round, whose shape I rejected the feminine connotation, enclosed me. I left it last. It is, moreover, a completeness from which one cannot ignore or go out. It remains inside, while the outside is perceived as another surface.

Let’s go back to the line. Gillo Dorfles in 1974 wrote that “the lines, the thin lines, the colored bands, which furrow the white neutral surface of the sheet, are for Rosanna Rossi almost bands of a spectrum that denounce the presence of precious minerals in a remote planet. The planet – dissolving the metaphor – is, of course, the mind and heart of the painter “. You have known how to never separate mind and heart, thought and emotion.
Without one there is no other. Without heart there is no intelligence, without intelligence there is no goodness, without goodness there cannot exist a determined way of changing the world. Because after all the starting point is always this wanting to change the world, I myself wanted to change the little world that surrounded me through what I did.

Rosanna, I tried to understand you as a woman and as an artist, two identities that coexist in you as if they were one synonym of the other. There is an indissoluble link between your career and your life, and your works are proof of this. They are able to take charge of the presence of those who look at them and at the same time, without intrusiveness, to return your artistic soul.
Quite right. Here it is my desire to communicate but without forcing or punching. Following the logic I made communication in the simplest and most peaceful way.

How can you never look like yourself and, at the same time, be so coherent?
Because I am authentic, can I tell? (laughs) This was the image I wanted of me. I always wanted to keep myself consistent without depriving myself of the freedom to be what I wanted to be at that precise moment. Diversity exists and when I work I try to give myself in totality and above all with the truth. Always.

The feeling that Rosanna Rossi leaves is that this “always” is to refer to the past and what she has done as well as to the future time and to what she will do. Vibrazioni Sottili realizes a desire that has required three years of study and research and well returns an artistic career based on continuous experimentation for over sixty years. Drawing on the metaphor of musical progression, we witness the reality of Rosanna Rossi who, having always proceeded in an abstract direction, with a strong intellectual content as well as a precise civil commitment, is perfectly in tune with the spirit of Prometeogallery and more than ever actual in the debate on art and female identity today. She who “never looks alike”, who has gone through a coherent, and always manifest, process, has been able to transform the work into a new alphabet of shapes and colors, spaces and surfaces that continually awaken the imaginative capacity, returning on time, a harmonious and never provocative beauty. 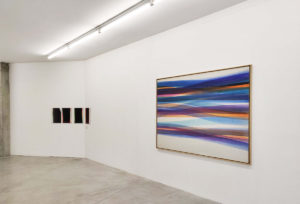 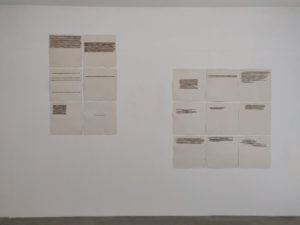 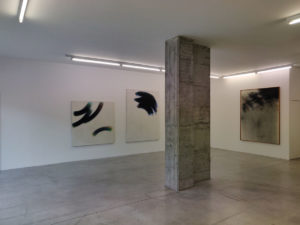 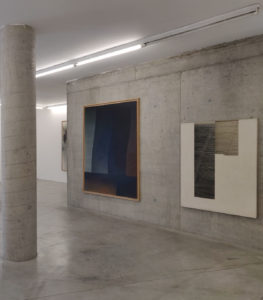