The Awakening of Seeing at Museum of Art and Histo...

Ha Chong-Hyun at Fondazione Be..

«Draw your own conclusion», curated by Jean-Hubert Martin, marks the second part of the transformation path of one of the largest museums in Switzerland, the Museum of Art and History of Geneva (MAH). The first stop took place in 2021, with the exhibition «Walk on the Water» curated by Jakob Lena Knebl, that aimed at rediscovering its collection. The exhibition has turned the collection upside down, reaching the lightness of display thanks to the surreal, playful, and colorful imagery – adjectives often associated with the Austrian artist invited to curate this large and dignified museum collection. Knebl’s artistic perspective is heterogeneous, especially in the use of different media. She focuses mainly on the intertwining and assembly of various art forms. Both approaches proved useful for this initiative undertaken by MAH.

In 2022, the French curator Jean-Hubert Martin, art historian, former director of museums in Paris, Bern, and Dusseldorf, and curator of ambitious exhibitions that have been influencing the art world for over four decades, responded to the same challenge. For «Draw Your Own Conclusion», Jean-Hubert Martin chose around 800 works, part of which came from the permanent collection of the Museum, another part from loans from other institutions, such as Burchell’s zebra from the Musée de Zoologie in Lausanne, that is juxtaposed here with a range of decorated flags, including John M Armleder’s Untitled (1986).

The curatorship of about twenty thematic rooms, drawing from all the artistic and historical fields of the collection, was based on analogies and correspondences regarding content or form. We saw one of the most intense examples that followed this expository key at the beginning of the itinerary, in the section entitled From the cross to the globe: a meeting of the paintings Christ on the cross by Antoon van Dyck (circa 1660) and Skinned Ox by Jan Victors (1646).

While Knebl’s idea was rather oriented towards the present, playfully breaking down the barriers between high and low cultures, art and design, the canonical and the popular, projecting some of MAH’s most iconic pieces as protagonists of a mass on a fantastic and subversive stage, Martin’s concept was steeped in the history of art and curating.

According to the latter, the knowledge accumulated for more than a century and a half, all while advancing the history of art, has finally masked and obliterated the essential vitality of museums emotions, to which the pieces and objects are able to give rise. This has been forced by repeatedly and continuously taking a rigorously scientific approach and is the reason the essence of art has disappeared from sight. «Draw Your Own Conclusion» aims at removing hierarchies of space and time, renouncing conventional taxonomy, considering art as universal, and abandoning the presiding order of school presentations, typical for museums (so popular that sadly not taken under discussion anymore).

We saw, for example, a wooden figurine of a laughing Buddha watching Nam June Paik’s video Snowing Buddha (1989) propped up on the pillow in the 19th-century bed next to the 1846 painting by Wolfgang-Adam Töpffer. Other enemies of free sensual perception and, consequently, of an authentic enjoyment of art, are the hierarchy of disciplines and factual information that nourishes a rigid chronology. The objective of Martin’s exhibition is, therefore, simple and decisive: to break the existing order and invent a new one. The fascinating diversity of MAH’s collection could not ask for more than teasing the intellect of visitors by destroying the known order and awakening their senses, the most powerful of which is the act of seeing.

In the next stages of MAH’s transformation, the questions tormenting the organizers will not change: How to use 7,000 square meters and approximately 650,000 historical objects, sculptures, paintings, musical instruments, and other curious objects, from fine arts to archeology, collected over several millennia? The museum has, for example, an Egyptian mummy from the 9th century BC. Is it possible to respect the pathos of the collection avoiding the typical museum dispaly in exhibiting them?

The curatorial carte blanche, issued by MAH director Marc-Olivier Wahler, will continue to stimulate the imagination of the curators, with the Museum’s aim to get free from the authoritarian image of the encyclopedic museum, and become polyphonic and transdisciplinary. But the issue doesn’t regard only this Museum. The initiative deals more generally with the public of similar institutions and the question of exhibiting in the broadest sense. By researching and putting innovative methods into practice, MAH investigates changes in exhibition creation. Thus, in the heart of the historic center of Geneva, the MAH not only reinterprets its extensive artistic and historical content, launching a new phase in its history, but also attempts to understand the future of museums in the years to come.

Info:
AA.VV., Draw your own conclusion
Museum of Art and History of Geneva 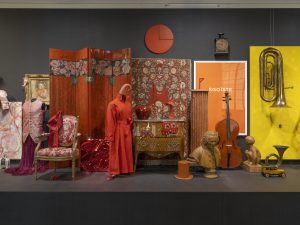 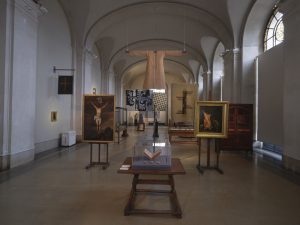 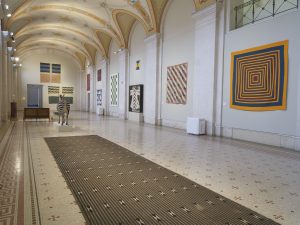 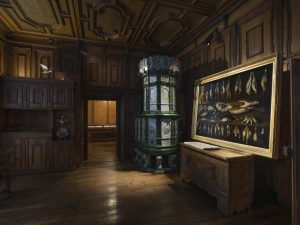 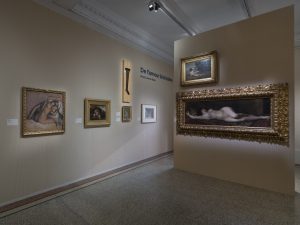