The Edge of Voices. Plural perspectives in contemp...

The Edge of Voices. Plural perspectives in contemporary Argentine art

On the occasion of Rome Art Week, a project involving the entire city through the participation of art galleries, artist studios open to the public and museums, the Argentine Embassy in Italy, together with the Argentine Chamber of Contemporary Art Galleries (Meridiano), opened the exhibition The Edge of Voices. Plural perspectives in contemporary Argentine art, which will remain open to the public until November 25, 2021.

Through various languages and means of expression, “The Edge of Voices” brings together different generations of artists who contribute to deconstruct common sense, pose questions and disassemble stereotypes with their own vision of the world.

The title of the exhibition has been inspired by the essays of writer and poet Siri Hustvedt, gathered in the book “La Mujer que mira a los hombres que miran a las mujeres” (The woman who looks at men who look at women) in which she declares: “I am a big lover of art, humanities and sciences. I am a novelist and a feminist. I am also a passionate reader whose opinions have been and are continuously reconsidered and modified by books and articles coming from various fields of knowledge. I am certainly full of other authors’ voices, which are not always harmonious”.

The pieces by Lisandro Arévalo (Rosario, 1973), Matías Ercole (Buenos Aires, 1987), Laura Ojeda Bär (Buenos Aires, 1986) and Malena Pizani (Caracas, 1975) reflect this spirit and represent the voices of a distinctly contemporary artistic scene through small and large videos and paintings which are very different from one another, both from a formal point of view and from the individual on whom each of the artists is based.

The works by two artists depicting the zeal of the intellectual climate typical of the sixties and seventies are also exhibited. One of these works is Alberto Greco’s unknown photographic collection (Buenos Aires, 1931 – Barcelona, 1965) – that gives evidence of his experience in Italy- composed of moments captured by the renowned art photographer, Claudio Abate (Roma, 1943 – 2017). At that time, Greco would draw chalk circles on the sidewalk around people and then sign his name, making the scene a work of art. These actions have been named as “Vivo-Dito” and have given birth to a new mode of artistic experimentation by resignifying urban and rural spaces.

Finally, the sculptures of Carlos Carlé (Argentina 1928 – Italy 2015) are also exhibited to celebrate the convergence of art and crafts with a series of ten pieces produced in Albissola, the city where he permanently settled in 1976. It was in that city where Carlé was awarded the “Oscar of ceramics” by the Albissola Marina Museum, located in a town named after the museum, famous for the intense activity in this field of art. The works of this artist, who was born in Córdoba (Argentina), are a representation of the close cultural connection between Argentina and Italy. 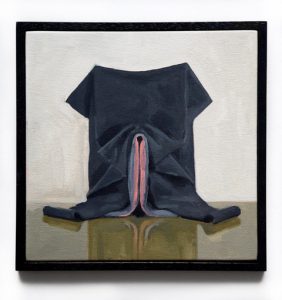 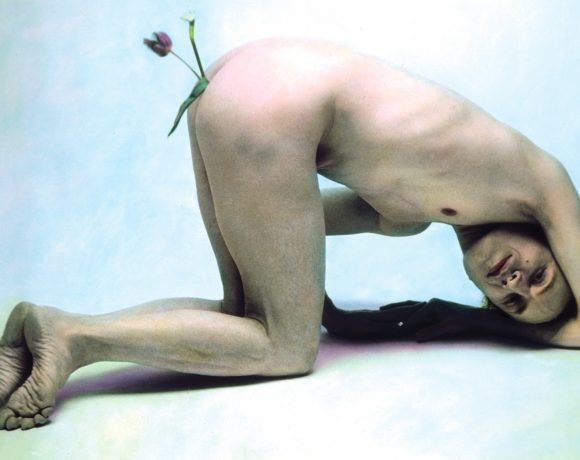 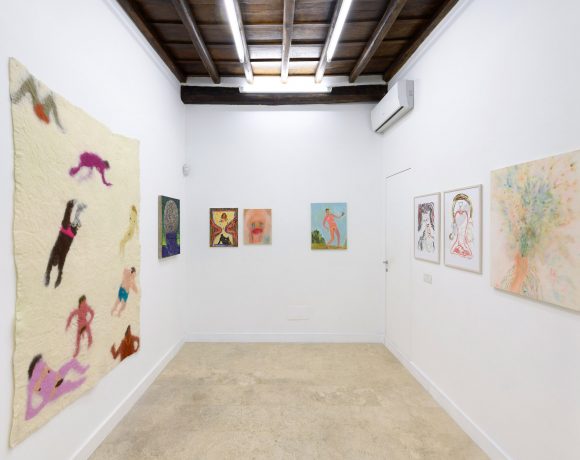 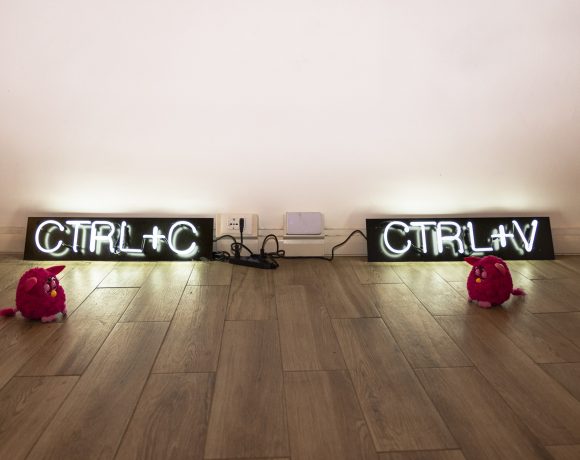