The fragrances of the distillation of the female b...

A multifaceted “Tetrahedron” b..

The fragrances of the distillation of the female by Romina Bassu

Descending into the oblivion of the dream does not mean forgetting, but rather connecting memories in the organic web of memory, integrating the multiple aspects of the self relegated to the abysses of the unconscious into the narrative. In this process of elaborative synthesis, the construction of female identity turns out to be an operation of delicate complexity. To bring out the female archetypes that dwell in the depths of the unconscious is the artist Romina Bassu (Rome, ’82) who in her solo show Arché, currently ongoing at the independent space AlbumArte in Rome, reawakens attention to the intimate scenario of the female by opening the vision at the meeting with the seven goddesses.

Through a careful text-visual research between manuals of female psychoanalysis and nineteenth-century bestsellers such as La botanica de’ fiori per il bel sesso, the artist delicately elaborates the image of the female, revealing the archetypal nuances that make up the dress, comparing with the absoluteness of the stereotypical image of a patriarchal femininity.

In the scanning of the genre duel, the floral language once again becomes the bearer of symbolic and iconographic instances beyond the boundary of literal interpretation and formal appearance of the image. Roses, pomegranates, lilies and ivy activate associations, alluding both to the organic forms of the female reproductive anatomy, introducing the sexual function, and more subtly to the different temperaments and desires of the female soul. From this perspective, the diversity that distinguishes the richness of still lifes leads back to the specificity of a very specific type of femininity, found in the categorization of the seven female archetypes of the female psychoanalyst Jean S. Bolen.

The primary source of inspiration in the artist’s imagination is in fact the essay from ’91 The Goddesses against woman, where Bolen analyzes the seven facets of the female unity, each of which is linked to the mythological identity of a Greco-Roman goddess and to the archetype to which it gives life. The iconicity of the floral fragrances is connected to the archetype of the goddess as in the example of the pomegranate associated with the image of Proserpina / Persephone kidnapped by the king of the underworld Hades / Pluto, or in that of the lily linked to the figure of the bride of the king of the Olympus Gods Era / Juno, protector of marriage.

According to Bolen’s thought, archetypal models act differently within each female individuality throughout the course of her life, in particular in a pre-eminent way in some specific moments of the life cycle. The balance in the harmonic synthesis between these aspects within the individual dimension of the woman creates the favorable conditions for the expression of the maximum potential of female power, while the imbalance generated by the possible prevalence of one of the goddesses highlights the intensity of the strength of some specific characters. Inspired by the mythological iconography of the seven goddesses, the correspondences created by the artist summarize the instinctive traits of a femininity strongly delineated by the stratified depth and divergence, which meet in the muffled atmosphere of the state of apparition.

Romina Bassu conducts a real operation of alchemical distillation, in which the essence of the female archetype, coming into contact with the deepest notes of her nature, renews its spell, sublimating itself in the gaze of any spectator. In this perspective, the act of recognition operated by the archetype towards the range of its declinations is vital for the acquisition of identity awareness. At the same time, the irradiation of the pink tones of the installation curated by Paola Ugolini helps to immerse the initiate in the sphere of research of the feminine, connoting the space as a real place of ritual initiation. The meeting with the goddesses is an appointment marked by the hand of destiny, while the influences of their combined action renew promises and hopes dormant under the latent surface of a rigid social construction, reawakening the urgency to rediscover the truth hidden in the ethereal dimension full of the charm of femininity, which every day is able to recreate the world by imagining its potential drifts. 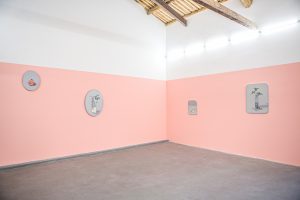 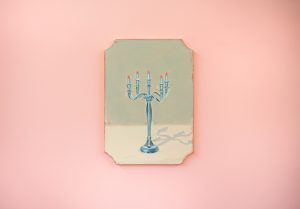 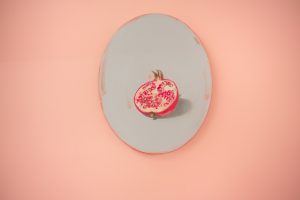 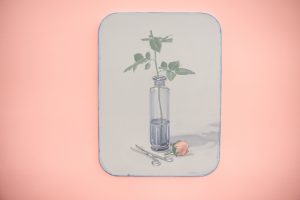 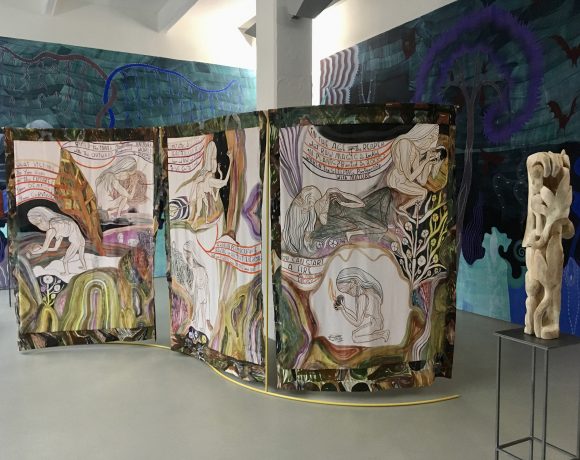 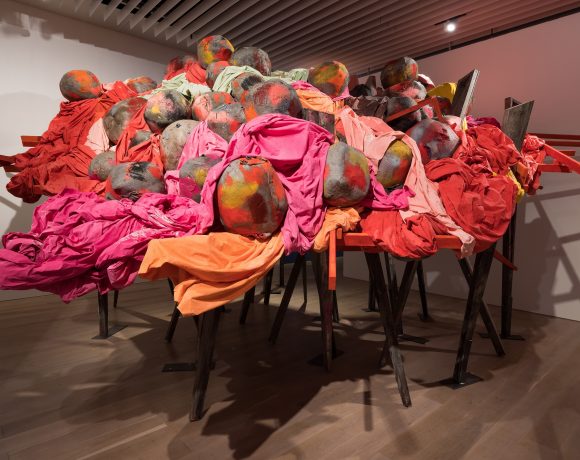 Another Energy: Power to Continue Challenging -16 Women Artists from around the World 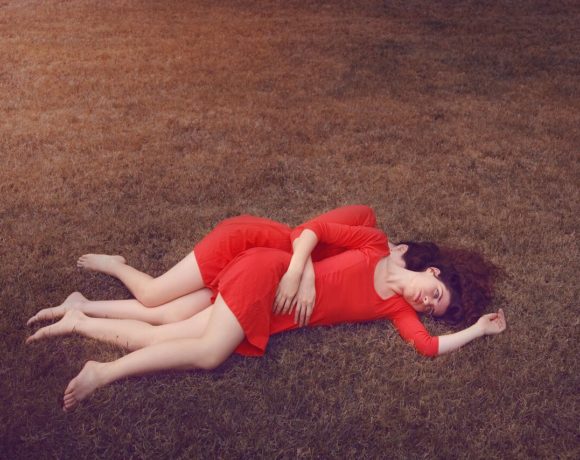