Dis-parità: why it is still ne..

When the Truth comes out of The Earth. Mattia Pajè...

Cogito ergo sum (“I think, therefore I am”). Decartes’ rule, to whom the birth of the human’s thinking self is traced: this rational and centripetal subjectivity which defines a value of absolute truth and that, with Hegel, found its triumph, but also died definitively under the blows of Nietzsche and Freud. It is precisely from the idea of truth that Mattia Pajè, a Lombard artist based in Bologna, on 12th May 2022 brought to the exhibition the complex and ambivalent sculptural system of Fuori Terra, assisted by the curator Giovanni Rendina. The artist through the exhibition practice of the diorama observes from afar the multiple truths of our time, considered as objective, inside the frescoed spaces of the historic Vizzani Palace, now home to the cultural association Alchemilla.

The truth and multiple possibilities move Pajè’s artistic practice: he, starting from the architecture of drawing as a determining element for the genesis of the sculptures, places before the eyes of the observer possible scenarios: cosmogonic islands, without a temporal sequence, coexist with indifferent hominids made in clay and resin that, with their primordial features, become living elements but neutral, that interact with the objects of our present time, and create their habitat. Symbols and idols from the New Age aesthetics become truths of the contemporary like oracles – products of scientific, esoteric-mystical theories or belonging to the commercial media world – which, left to lie on the ground, merge into the landscape and  then become an integral part of it. Primitive almost totemic art with an ancient cultural heritage and pop iconography exist side-by-side in chronological lines that dissolve into each other. None of the ontology separation between memory and progress survives, however, on the contrary, these two terms are correlated with each other.

The continuous succession of information and their various interpretative possibilities determine the impossibility of objectifying and making them certainly true. “What, then, is truth?”: this is what the artist asks.

With regard to the ontological difference of truth there are those who would argue– starting from Heidegger and his followers, but also from the precursors of his line – that its original meaning has been lost in the history of Western culture, in parallel to the loss of the very sense of being, precisely because of the different nature of subjectivity brought by the Cartesian cogito. Truth, with Decartes, is no longer understood as a manifestation (αλήθεια), but as a correspondence of knowledge with the object (adaequatio rei). The human being incorporates the being and the sense of truth as a rational animal through the act of thinking as well as what determines his search – if this can still be discussed – and identifies himself in the accuracy of his will.

Pajè’s resin hominid, a sculpture among many smaller other ones around him, which are indifferent and casual, turns on his knees towards some alphabetic letters lying on the ground, unwilling to interrupt the search of that quid, of that sign image which can really satisfy his desire. On the other hand, however, this one seems to look at his fellows from above, protracted on his knees towards them as if about to worship them and not just observe them. And it is precisely the ambiguity of meaning and therefore the impossibility of grasping an objective certainty that is at the center of Mattia Pajè’s theoretical reflection.

And yet another of the artist’s primitive creatures seems to offer the viewer a starfish among the many others that lie on the ground, almost hinting at a smile, guarded by a sculptural altar on which rests a mystical oriental deity.

The indefinable, thus, and the multiple possibilities and elements of phenomenology of everyday life condition the artistic practice of Pajè, who gives the sculptural artworks the possibility of “being-present” as a truth of itself coming into contact with it and with the curiosity of those who believe in the destiny of encounters.

Certain is the abstention from judgment by the artist in relation to that idea of truth that, although it may seem free from any value of merit, nor hints at any comparison, itseems, however, at the contrary, to attempt a rapprochement with an ontic truth. In fact, starting from Plato and the myth of the cave there is an ontological definition of veritas, which is closer to the Idea. “I find interesting the passage in which the man, coming out of the cave, after looking at the sun, is dazzled by it. Not used to seeing the light, at nightfall he tries to look at the world through the moon and the stars. However, not being able to stare at the moon, he decides to look at it from the reflection of water”, says Pajè, admiring the human being’s s ability to determine multiple realities.

The artist does not have an ascetic function, nor does he wear the habit of the prophet, argues Pajè. Guilty,on the other hand, could be the eye of the observer, if not that of the writer, both victims of the willingto observe the light without wanting to be blinded. Productof an idealism that is now historical and rooted, on contemporary artWestern culture cannotdo not allow itself to be corrupted by an aesthetic mainly focused on the process of the artwork rather than on its content. This, in fact, takes our eyes off the truth understood as presence. The artwork requiresto be present,and Pajè’s works are indifferently presentin the features of two contrasting worlds, the esoteric-mystical one on the one hand and the pop-commercial one on the other: how can we therefore not consider them equally truthful? “But if we now have to investigate the truth, then it is appropriate to answer the question that one asks himself where we are today. What you want to know is how things are for us”. [1] 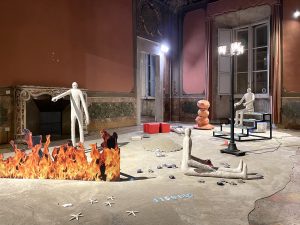 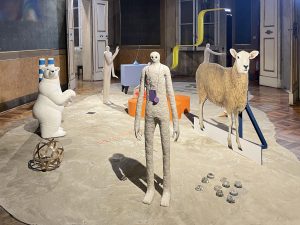 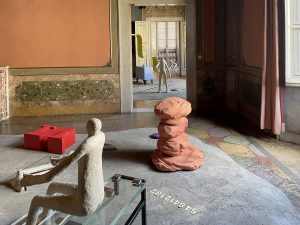 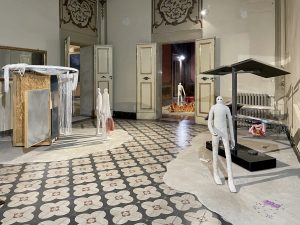 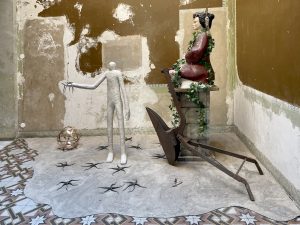 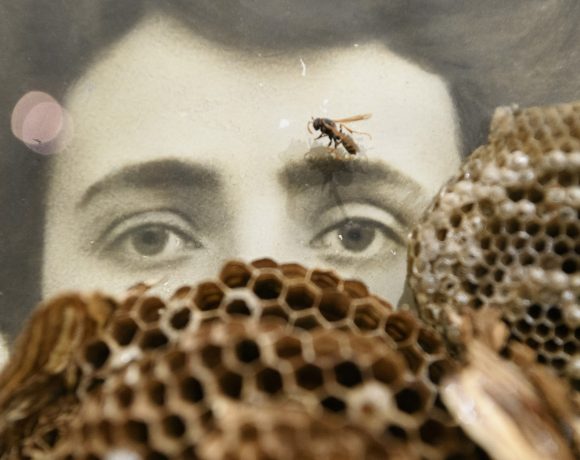