Franz Erhard Walther: from the.. 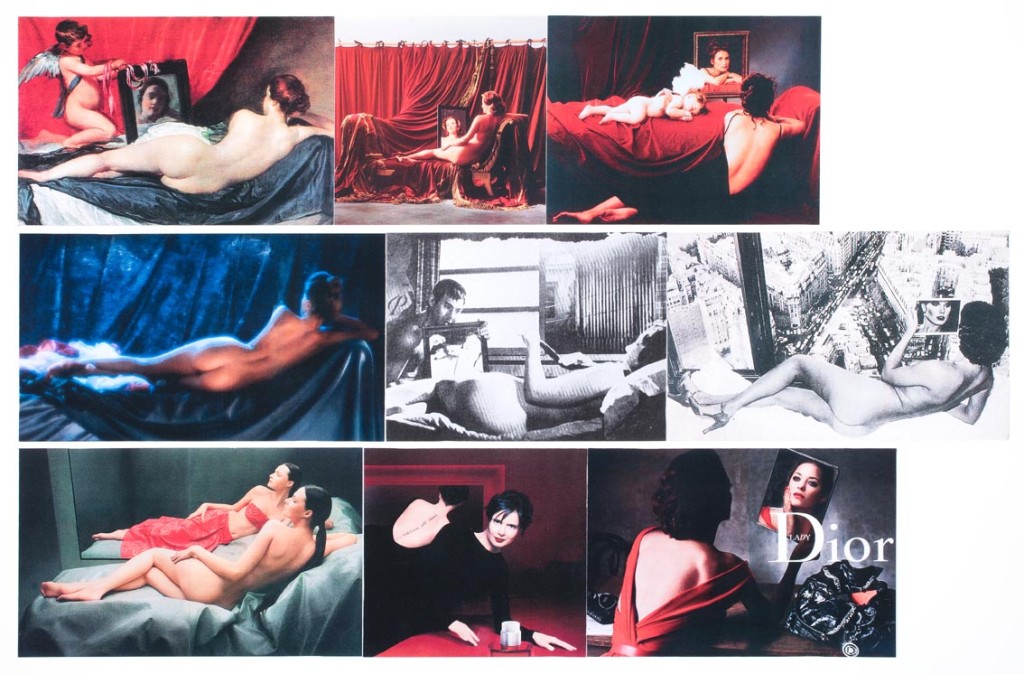 Since the early Seventies Adriano Altamira (Milan, 1947) has established himself as an artist and as a historian and critic of contemporary art, becoming one of the prominent authors of the then rising conceptual generation. This dual approach to artistic practice has played an important role in the most consistent and long-lived core of his production, the Coincidence Area series, a research started in 1972 and still ongoing, focused on the analogies that emerge from the comparison of images coming from history of art, from traditional culture and from the mass media imaginary. The work consists of a voracious collection of iconographies taken from paper sources that are juxtaposed and recomposed within framed bulletin boards to bring out unexpected affinities, relationships and formal and semantic correspondences between the selected elements.

The process presents close convergences with Mnemosyne, the monumental Atlas of Images in which Aby Warburg, towards the end of his career, planned to bring together all the figurative repertoires he had studied during his activity, documenting their evolutions, returns and stays. At the basis of the German critic’s enterprise was the conviction that the images were signifying icons closely related to the culture and memory of the society that produced them, but which at the same time had an anthropological foundation common to all latitudes and all the eras that determined the continuous recovery throughout history of the same forms with different styles. If Warburg’s “survivors” inextricably linked forms and contents into intrinsically symbolic images of human experiences and emotions, the Altamira series are based on a solid critical and historiographic framework to explore the creative potentialities of the decontextualized sample.

The Studio G7 Gallery dedicates to the research of the Milanese artist a precious retrospective that combines historical works with others of new realization that demonstrate how each of the sequences in which the Coincidence Area project is organized is virtually infinite and that each presentation corresponds to a different stage of an evolution destined to remain open. The starting point of each series is the identification by the artist of a detail or a composition that turns his attention and that recurs in at least two or three different authors; from there a pressing succession of formal and mental associations (sometimes surprisingly obvious, in some cases at the limit of dowsing) leads the layout of the table that gives the overview. The end result, according to the artist, identifies the connective tissue of the culture in which similar iconic solutions or related to a common cultural were born without their authors necessarily being conscious of contributing to the vitality of an expressive form which was existing before their invention. From this perspective, for the purposes of the investigation the cases of simultaneous invention are placed on the same level of the quotations (variously declined in the form of homage, remake or different repetition) because they both constitute evidences of a visual taxonomy that detects the sensitivity of the images to the stylistic and epoch-making events of man. The more or less accentuated similarity thus becomes a key to understand the recursiveness of being in the world without any claim from the author to be exhaustive or to draw epistemological conclusions from the results of his iconographic recognition.

The recurrences (and consequently also the artistic work) can not be programmed, therefore the expressive freedom of Altamira lies in designing and choreographing his individuations in order to trigger tensions, semantic movements and mental associations that structure the work as a real architecture of thought. Thus the historical and postmodern variations of the Pietà and the Deposition (an excursus ranging from Michelangelo, Pontormo, Rosso Fiorentino to Marina Abramovic, LaChapelle and Bill Viola) are composed according to a pyramidal scheme that incorporates the common compositional archetype underlining the iconicity and formal and chromatic assonances. In the same way, the different recurrences of a round shape (which can be fruit, object, anatomical or architectural detail) are connected by a garland of frames whose juxtaposition recalls the diaphragm of a camera that opens up to isolate a detail.

Sometimes the presentation becomes naked and didactic to highlight the convergence of different intentions on identical solutions, as in the series dedicated to black monochromes, which combines examples of the nineteenth-century celestographies of Strindberg, the overexpositions of Croce and the seascapes of Sugimoto in which the effects of the maximum brightness end up coinciding with those of total darkness. In other cases, uninterrupted sequencing creates a continuum in which the metamorphoses of the same matrix become narration and social fresco, as in the two bulletin boards centered on the theme of Déjeuner sur l’herbe which recreate the famous outskirts in an expressionist, cinematographic, feminist, environmentalist key, pop and glamor. This is an extension of the first version of the work created in 1973 that broadens the scope of the analysis of recurrences in the methodologies and strategies of reconstruction with new repertoires and new color ranges.

In certain panels the selected images do not resemble iconographically but from an ideological point of view, as in the series centered on the generating energy of nature which brings together various figurative and abstract derivations of the birth theme from Runge to Brancusi or the sequela of concatenations on antagonistic principles of good and evil that shows how the devils of William Blake, the visual poems of Carrà and the suprematist graphics of El Lissitzky and Rodchenko derive their effectiveness from similar compositional principles and communicative modalities.

Altamira’s investigation, prophetically anticipating the telematic era and the search engines dedicated to images, today seems to contrast the triumph of simultaneity with a humanistic collecting voracity that tries to give back, although fragmentarily, a diachronic awareness of the evolution of our imaginary. The notes written in pencil that sometimes accompany the images and the fragile materiality of the supports on which they are printed also seem to restore the irrational centrality of desire as the prime engine of appropriation and introjection, reminding us how no artificial intelligence has yet managed to replace the human intellect in the production of meaning. 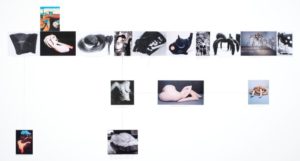 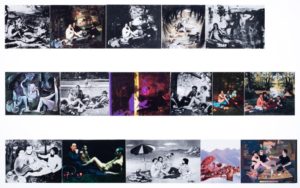 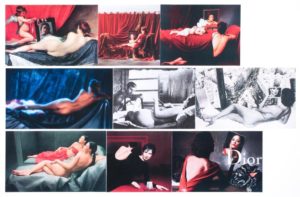