The human body as a fragile “m.. 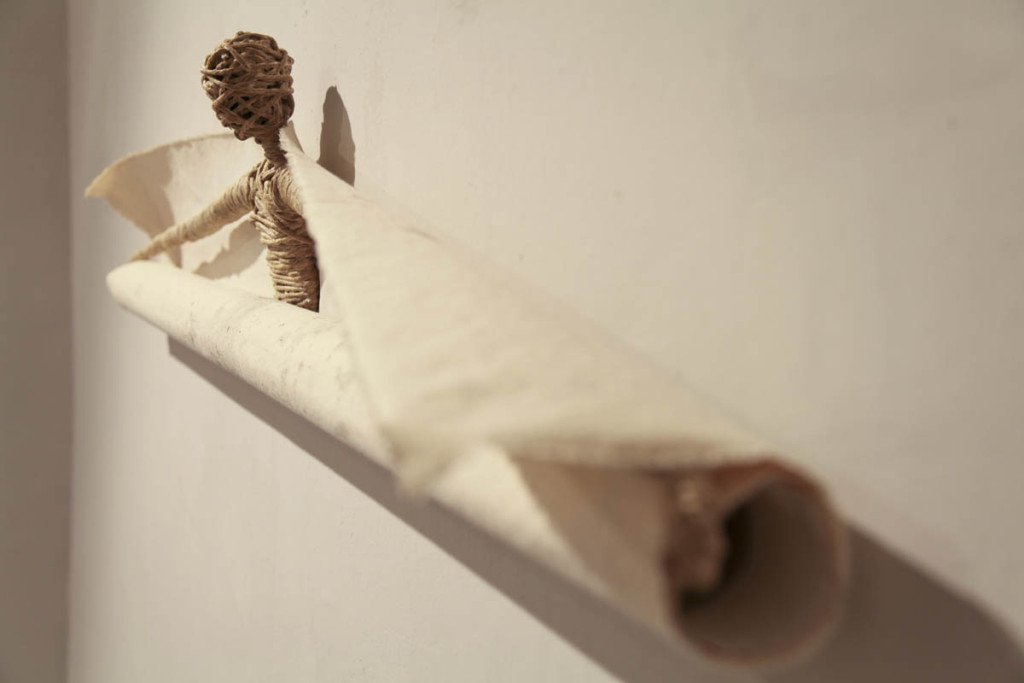 The Guidi&Schoen Gallery of Contemporary Art in Genoa houses a double opening and a twofold narration: on one side “Alex Pinna Stories”, the solo exhibition of the Ligurian artist which is shown principally on the main floor of the Gallery, while on the other side, in the basement, we find “Giuseppe Ferrise Woody Wildlife”, the art of a young artist that for this occasion has been invited by Pinna himself, following  the programme planned directly by Guidi&Schoen for 2018, when a gallery artist will have to “play a duet” with a young budding, chosen right by him.

Although the Gallery decided to put on formally the works of the two artists on different levels of the exhibition area, we find in some parts, a direct dialogue between them: Pinna’s thin figures indeed talk and touch the ironic and amusing beings by Ferrise. In my opinion, this is not an ordinary bi-personal, but most of all it is a double vision of stories; two artists that through their sculptures and figures not only want the observers to think over the concept of existential “metamorphosis”, of material and nature, but they want especially tell their stories crosswise, with figures that are outside any ordinary context.

Alex Pinna comes back to Genoa and exhibits 20 works (made of bronze and rope) which invade the gallery, while a monumental sculpture will be standing for the whole period of the exhibition in the square of San Matteo Church in Genoa. His sculptures are silent figures, beings that seem not to have a well-defined identity, a mixture of natural elements and human beings: tiny boxers, heroes, trapeze artists and tightrope walkers of a suspended life, a life never told completely; these little big beings are never “explained” perfectly, but they offer the beholders some inputs to make them think.

Right from outside the gallery, through the window, we can see a large mounted area completely dedicated to this artist (except a single work by Ferrise). Here, a central elongated sculpture is surrounded by other small wall sculptures and others on pedestals; all these are made by bronze and recall the theme of nature. More specifically, there are little beings crumpled on leaves or as somebody else may think, simply leaves that mutate into human beings.

As we enter the gallery, we find thin figures, suspended and unstable, made by knotted rope, which the artist named “Alias”. Despite the apparent instability, Pinna creates a balance using all he can find around him where the prolongation of the rope from the body is the base on which the artist can let the same figures dance and walk. On the left side, anchored to the wall, we find small sculptures of extremely thin figures, but by continuing our tour, what is particularly striking is the work “heroes M”, a bronze human-size sculpture: a figure, almost on tiptoe, with a tilted body, head down with its right hand placed on the wall. Its spinal and shoulder blades are well defined; this emphasizes the suffering and solitude, already evident from its pose against the wall. I believe that this is the work that best reflects the author’s essence in this exhibition space.

Other small and big works alternate on the whole path; among them “mi arrotolo e sparisco” of the 2018 collection (made by rope and canvas). In my opinion, this is a scathing and upsetting work; the title is grotesque, while the subject, being almost in a “crucified” pose, wants to drift away from reality and leaves what it sees and experiences, thus waiting to exist in a new life. In another room, we find the direct dialogue between the two artists: the work “keep go on” by Pinna, almost 3 meters high, emerges in the centre as if it wants to touch the ceiling, while the work by Ferrise “Coccineolia” lays on its feet: a real conversation between Earth and sky, a direct communication between divine and terrestrial.

Going down to the lower floor, the basement, we find the works of the budding Calabrian artist Giuseppe Ferrise. In line with Pinna’s work, materials including stones, raffia, bark and leaves, interweave to form figures often linked to nature. They are ironic, fairy-like, playful and disturbing in some ways; these materials are part of his story and his life, in fact, Ferrise has been living in a country house surrounded by a thick forest since he was born. His woods are not only places where to “extract” row materials for his sculptures, but also a source of great inspiration for his narrations and figures.

At the base of all his subjects there is a constant sarcasm, it is evident also from the names the author gives them: Sauro Jr, Asdrubale, Sir Pente and a funny and jocose “Carletto”, the famous chameleon protagonist of a well-known Italian product. Ferrise’s works, thanks to the materials used, seem to come out from the underlying land and walls, this aspect is emphasized by the excellent gallery manager’s choice who decided to show these works in the basement, where the setting is opposite to a common white cube. It is worth travelling over these two worlds, which never seem to meet, but despite this, they dialogue to each other impeccably; it is worth tasting and living nature through these alienated and bizarre figures. 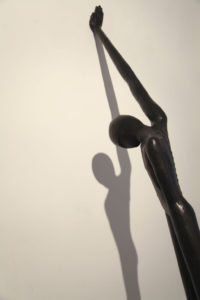 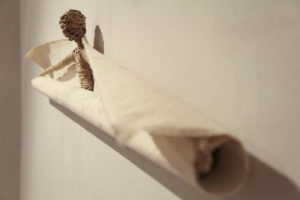 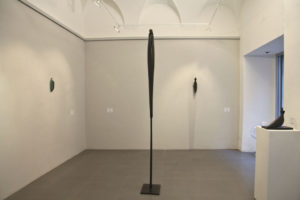 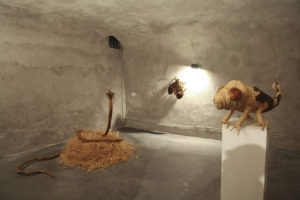 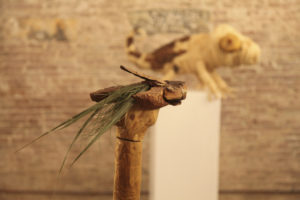