Carlo Gabriele Tribbioli. Towards the altar of a g...

Carlo Gabriele Tribbioli. Towards the altar of a god unknown 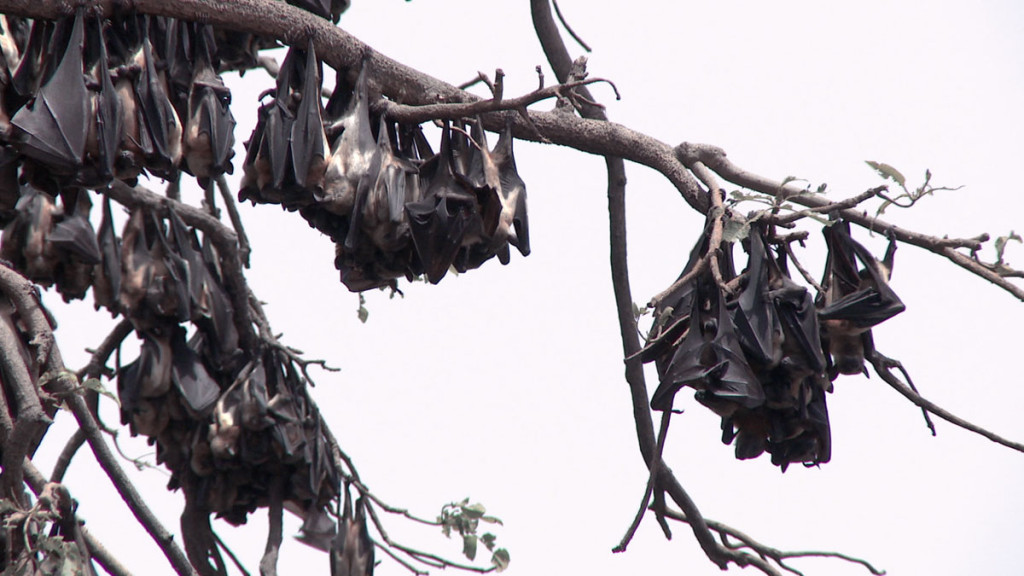 Carlo Gabriele Tribbioli’s second solo show at Federica Schiavo Gallery is the final landing of a long investigation about the war carried out by the artist, in collaboration with the film director Federico Lodoli, between 2011 and 2016, starting from a series of documentary shots taken in Liberia.  The shooting have generated the film Fragment 53 (visible in the gallery by appointment for the duration of the exhibition), whose title resumes the homonymous passage by Heraclitus in which the conflict (polemos) is described as a primordial component of being and as an ineluctable dynamic that governs the structure of the universe. The information and images collected for the research are also included in the book Towards the altar of a god unknown, in the graphic works that make up the Altars series and in the Archive 2011-2016, which in the exhibition path anticipate and introduce the vision of the film.

EZ – How was the project of the film Fragment 53 born and what changes did the initial idea undergo during the 9 weeks spent in the Liberian territory? What did you discover during the trip?
CGT – The project of the film stems from an exchange of considerations between Federico and me about the forces of conflict and destruction that find expression in the human phenomenon through the practice of war. War conceived as “divine” with reference to the cosmological architecture of polytheistic systems, for which there is no embarrassment to juxtapose a god of war with a god of love, law, technique, wisdom, etc. To investigate the “unknown” identity of a god of war, through a comparison between us, the authors, and the material executors of his needs, namely the “warriors”, was the next step. In search of warriors still in contact with this dimension, free from the tools of morals, history and ideologies, we have arrived in Liberia.
The core of the project did not undergo changes due to the comparison with reality. This also because the nine weeks of filming in 2014 followed a previous site inspection experience in October 2011. Experience in which we exorcised the impact with the chaos of local reality and verified the correspondence of our interests with the answers of our interpreters. In the two years that followed, we have refined the tools with which to equip ourselves and the apparatus has proven to be solid, it has held.
If there is an aspect that, while not overstepping our theoretical grid, has come out redesigned in its contents is the individual relationship of our warriors with time and memory. The desperately punctual dimension of time, perceived as a whole with the body of those who think it, the loss of the reference roots and the diffidence towards the collective memory, but also towards the community itself, disqualify the rhetoric of “glory” that our war literature transmits us as original. We are beyond memory, where something more essential is revealed.

EZ – What kind of collaboration has been established with the film director Federico Lodoli?
CGT – The operation has been entirely conceived and realized with four hands and, as far as the film is concerned, we have looked after every aspect, both design and technical: from writing to filming, from the preparation of the interviews to the taking of sound, from the production to assembly. The “body to body” with the matter of the operation, in the totality of the procedures and experiences of which it is completed, was a need similarly perceived and interpreted by both: no one wanted to fail to deal with this or that aspect. Differently in the preparation of the book (Towards the altar of a god unknown, Liberian notes – Humboldt Books, Milan) we decided to clearly separate the contributions, producing two separate but complementary texts: Federico’s text develops the theoretical path that has structured and guided the work, mine tells the experience in the place in a selection of memories and travel images.

EZ – The 7 interviews with Liberian warriors (soldiers of the regular army and combatants in rebel forces) which constitute the leitmotif of Fragment 53 are presented in such a way as to transcend the personal and historical references contained in the oral testimonies to elevate them to a paradigmatic and universal dimension. In this way the conflict is interpreted as an alternatively creative and destructive process that determines the perpetuation of life by offering an unprecedented perspective of critical reappraisal of the value of violence. How have your philosophical studies influenced the elaboration of this radical contemporary mythology?
CGT – Surely my work is based on what I have chosen to be the path of my formation. The collaboration with Federico Lodoli, who in addition to being a director is a researcher in philosophy already author of a comparative study about the thought of Spinoza and Nietzsche, is enrolled in the same path. My imaginary references are strongly literary, they respond to speculative needs which, however, do not want to be satisfied in the sphere of philosophical technical thought, the exercise of which exceeds the limits of my talents, but through other paths.

EZ – The Altars photographic series is characterized by the repetition of the same compositional scheme, in which silkscreen processing of black and white images of ancient warrior divinities belonging to different cultures are combined with documentary prints that portray places marked by conflict or warlike symbols with the superimposition of dates, names and places related to the project as a whole. The juxtaposition of these three different conceptual levels seems to suggest a primordial vision permeated by animism, in which human actions are overwhelmed by the power of imperturbable superior entities. As in your other works (I think for example about Reperti per il prossimo milione di anni) the cataloging of fragments taken from the real seems aimed at the rediscovery of the mythical and ritual roots of existence. Would you like to talk about this aspect?
CGT – Myth and ritual are a radical of human thought. A heritage of which we can not do without but which bases its power on a religious participation of which we are orphans, mutilated. This condition of mutilation, the space of this absence, perceived in the strength of its heritage and not in nostalgia for what has been lost, is the recurring object of my interest. Exploring that space with the tools of art is my ambition. Thus the intention of the series of “Altars” is to formally synthesize, in a single object, the through levels which this exploration has been conceived, experienced and elaborated: the search for the lost identity of that god (speculative abstract dimension), the place-phenomenon on the body of which we went to his research (transfiguration of the real), the totality of the names of people and places through which we have searched (experience-vector).

EZ – The exhibition ends with an iron archive that holds the documentation collected during the 5 years in which the project has been developed. What did you choose to keep and why?
CGT – The archive index lists autographs, work documents, printed correspondence between me and Federico, digital databases, editing notes, negatives and specimens of 35mm photographs – alongside a set of local “artefacts”, medicines, food, drinks, everyday objects. It is custodian, portrait and graveyard of the operation: its closed doors are for me the liberating image of the conclusion of the work. Conclusion from which begins his autonomous life. 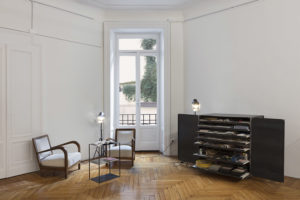 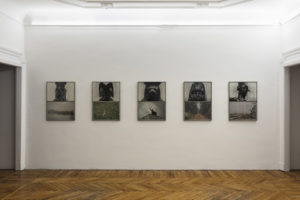 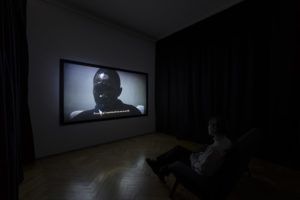 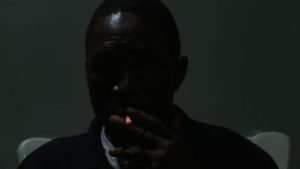 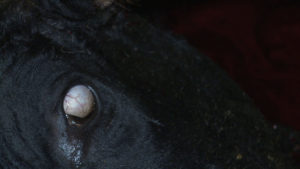 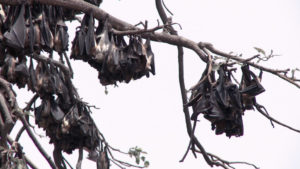