It’s ok to change your mind. Russian Contemporary Art from the Gazprombank Collect 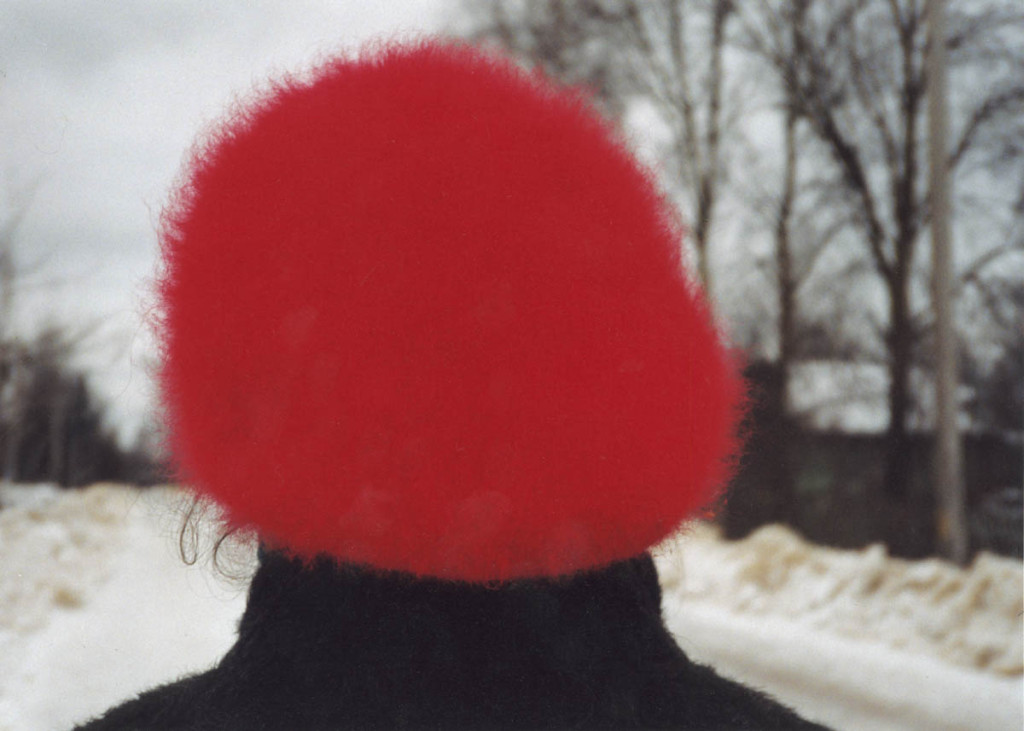 Art in Russia has always been considered a determining factor for the intellectual and spiritual development of society and an articulated network of state structures and private foundations have constantly invested in the enhancement of an artistic heritage whose visibility, due to the strong political tensions international and to an atavistic attitude on the part of the Russian Federation to consider itself a world apart, rarely manages to cross national borders.  For this reason, after a brief period of general interest at the end of the eighties in the wake of the enthusiasm for the fall of the Berlin Wall, Russian contemporary art seems not received on the radar of international public opinion despite it has continued without cracking the long intellectual tradition that distinguishes it. The exhibition It’s ok to change your mind, which marks the new course of Villa delle Rose in Bologna set by the new director of MAMbo Lorenzo Balbi, wants to respond to this knowledge gap with a survey on the contemporary Russian art scene that compares the works of 21 artists of different generations realized with different media over the last 20 years. The loan comes from the Gazprombank Collection, a fund of 800 works consisting of complete artistic projects (and not from individual works), in some cases commissioned specifically by the Russian energy giant to give international visibility to the new frontiers of artistic research.

100 years after the October Revolution, what has changed in the perception that artists have of the cultural, social and political context in which they live and what interpretation they give to their identity in relation to historical memory? If the avant-gardes of the early twentieth century proposed themselves as direct actions towards a specific ideological objective, how is today channeled artistic energy in the age of indeterminacy when old traditions meet globalized youth cultures? Are the fluid and multiform processes of contemporary art still vehicles of resistance to existential uncertainty and driven to social change? These questions mark the varied route of the exhibition telling the multiform scene of artistic research of the last generation in the balance between critical reconsideration of a cumbersome past, nostalgia for tradition, desire for change and dreams of building impossible alternative realities.

The aspiration to a society based on a real brotherhood and not on an artificial leveling in the name of an abstract equality is the theme of Elena Kovylina‘s performance Égalité, in which men and women of different age, ethnicity and professions appear to be illusively aligned in height because deployed on stools whose legs have been cut so as to equalize the level of their heads, as if in the homeland of Communism equality rested on unstable and ramshackle assumptions. The dream of a better future becomes instead the expectation of a miracle in the shots of Olga Chernysheva, who takes from behind a series of women wearing typical hats made of colorful mohair, from a distance similar to cactuses suspended in the air.

The aesthetic and conceptual contradictions generated by the persistence of traditional heritage and Soviet reminiscences are the shots of Alexander Gronsky, who portrays exotic Afghan greyhounds stuck in the snow against the background of anonymous suburban dormitories whose seriality is interrupted by the presence of an old dacha no longer surrounded by the countryside. The same surreal contrast emerges from another performance in which Kovylina retraces the journey on horseback of a betrothed bride who brings a basket of pomegranates, a symbol of virginity and loyalty, to her future husband in the traffic of the Leningrad Highway that links Moscow to the Šeremét’evo airport.

The architectural modules and revolutionary graphics that propagandized the official face of the Soviet state return in the production of many artists who today break up those forms in their minimal units to deconstruct their ideological message so that they can later be assembled in new structures that overcome the impasse of past while preserving its memory. Thus Alexandra Galkina takes citations of suprematist shapes and colors to construct stylized objects that celebrate femininity in a pop key, while Anatoly Osmolovsky‘s sculptures reproduce turrets of tanks investigating the style of an industrial design divorced from its initial functionalities. Alexandra Paperno recalls the standardized apartments of the communist era in a series of paintings that analyze the plants of the living modules that made up the krushchevki, prefabricated houses built in the 50s in compliance with the directives of the sixth five-year plan which aimed to eliminate excesses in the field of design and construction. Abstraction highlights the objective of efficiency and savings on which the original projects were based and investigates the idea of a metaphorically narrow space and its possible implications in the present. The same homes inspire Irina Korina‘s sculptures of the Smiles series, friendly domestic creatures made from the ironic assemblage of materials and furnishings from an austere past. Still the graphics and the re-elaboration of the self-contained isolation of the USSR are at the center of the Empty Knowledge project by Daria Irincheeva, an ideal library composed of 90 paintings-books in which the artist reproduces by heart the covers of the books present in her house of St. Petersburg during her childhood in the post-perestroika era, a catalog of partial information because it passed through the censure and now obsolete.

The Mishmash duo describes Moscow in a series of pictorial abstractions derived from architectural details, inspired by the shots of the Italian photographer Giacomo Infelise,  that the viewer can freely combine to appropriate the urban landscape and build his own personal mental representation of the Russian metropolis by playing to recognize them the real spaces. The fragment, this time inspired by consumerism, also marks the work of Svetlana Shuvaeva, whose project It’s ok to change your mind, a slogan taken from an Ikea advertisement, titled the exhibition: a series of modular paintings take up commercial and web icons suggesting how the potential limitlessness of the material world actually generates little diversified combinations of inputs that determine the ever predictable outcomes of our alleged freedom of action. The I am project by Alina Gutkina also reflects on this aspect, in which some young people describe themselves through objects and brands directly inscribed on their bodies, while the Polaroids show the definitive dissolution of cultural roots portraying teenagers attired and dressed according to the homologating codes of the youth subcultures that seem to cancel the specific problems of their particular contexts of origin. While the social media and the network are the most immediate escape route, Sergey Bratkov imagines an absurd trip to the moon for the inhabitants of the Bogorodskoe district of Moscow, unknowingly photographed and projected into solemn spatial scenarios illustrated by rigorous non-sense captions. 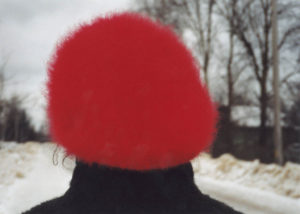 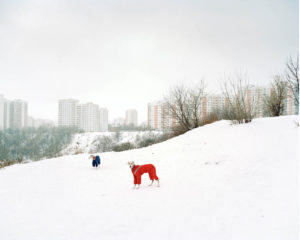 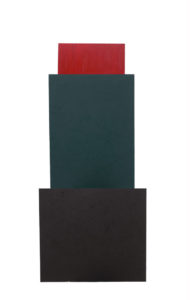 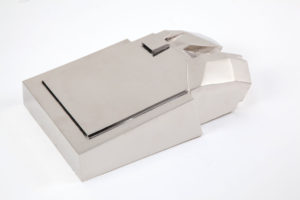 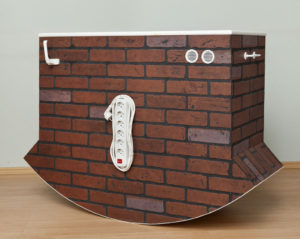 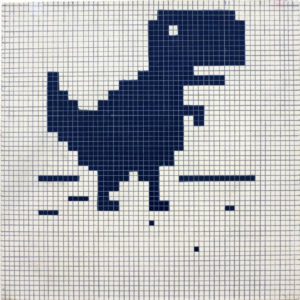