Emilio Rojas. The Lions Teeth And/Or The World Was...

Emilio Rojas. The Lions Teeth And/Or The World Was Once Flat 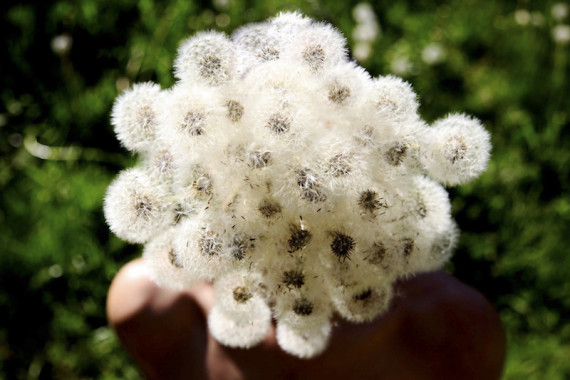 In which way are we accomplices of the past that we inherit and of the history that we consume in the present? The Old Continent, which today feels besieged and invaded by the inevitable and unstoppable flow of immigrants, is still totally unprepared to handle the emergency and assume effective sustainable future strategies: the so-called emerging countries, until now regarded as impersonal resources tanks, now appear as dangerous and uncontrollable entities whose human, cultural and material emanations have already deeply insinuated Western collective imagination and its habits. What perhaps still eludes our consciences is that the widespread penetration of this new life has begun five centuries ago, when the exploration of the world and the confidence in a partial and one-sided anthropocentrism led Europeans to interact with the natural distribution of living species triggering new explosive connections. So while the tomato was traveling from the Andes to Italy to become the cornerstone of our gastronomic identity and Europe avoided famine thanks to potatoes and maize from South America, the other literally became flesh of our flesh in an underground hybridization process that evokes ancient sacrifices mystery and ancestral fertility rituals.

Of these issues concerns the first Italian solo show of the young Mexican artist Emilio Rojas, presented by GALLLERIAPIÙ, which through stop motion animation, video, performance, sculpture, photography, texts and drawings focuses on the metaphorical study of dandelion to investigate the historical implications and the persistence of colonialism in the modern world. The seeds and flowers of this weed are in fact considered the raw material of an ideal journey that connects botany, anatomy and geography understood as a performative action fields of a body that is experienced as a critical tool of detection of repressed trauma, suppressed stories and hidden narratives within the current socio-political issues. Within two years the artist has collected 15000 dandelions and more than half a million seeds which in performance and site-specific installation in the gallery are the catalysts of an erotic coupling between plant species from which a naked and helpless man seems to be swallowed up and fertilized.

The starting point is the video The Lion’s Teeth, relentless sequence of images in which an old book titled “History of Europe since 1500” opens on a map of the ocean routes traveled by the Spanish colonizers in search of new lands to conquer. Following the rhythm of a relentless soundtrack the pages, punched and swallow by the uncontainable expansion of a bloom of dandelions, become the scene of a violent struggle among tropical fruits that incorporate each other before rotting and exchange their seeds mingling their most intimate fleshiness. By transforming the war in embrace Rojas molds an explosive metaphor of the human crucible that ferments in the unconscious of our mental categories in order to restore its immanence, as an under thrill and a telluric urgency. The book, in its value of evidence of a systematized and politicized knowledge, is the main material through which the artist conceptualizes and develops the insights expressed by the video declining the leitmotiv of dandelions in a poetic network of semantic implications. The (De) Colonial Library is therefore a tunnel made of international tomes printed in the late nineteenth and the first half of the twentieth century related to the trip, to the body and colonization: lined up on a pedestal and crossed by a circular dark orifice, together they form a powerful time-space telescope after which you can see the image of Blanche of Castile, the first financier of the explorations of Christopher Columbus, and the video footage of a recent performance in which Rojas appears subdued and handcuffed just by an open and perforated book. Precious photographic reproductions taken from the collections of watercolors commissioned in the sixteenth century by the Bolognese naturalist Ulisse Aldrovandi to specialized artists to document the botanical species object of his studies are supports for the  engraving without ink of lapidary phrases that reinforce the ambiguity between the resistance and the spread of weeds and the relations of power that underlie human migrations. Intimidating as the claim of a too long suppressed pain, the words indelibly sculpt themselves in the consciousness of the reader triggering a vertigo of questions that trace back the collective history of the world as in a healing shamanic ritual. “My roots are as strong as your fears,” says the artist, whose main goal is to force the boundaries of mental habits involving the public in a direct experience that creates vital links between the everyday, creative practice and action policy as a primary cultural survival strategy in the post-colonialism era. While Rojas seems so violently attacking the viewer showing the impairment of everyone in the most current and controversial social and political issues, on the other hand he bears the suffering and confusion that arouses subliming them through his own body to suggest a possible final catharsis.

This process is very clear in the performance achieved during the inauguration of the exhibition, when the artist was initially hidden under the red velvet carpet (symbol of power and monarchy, but also of border and hurt) that connects the two installations The conquest of the land and the History of European Morals, books-pillory with an unmistakable meaning which hold two hands molded with a mixture of resin and dandelion seeds. Covered by a fabric and a pile of tomatoes in a quantity equivalent to his weight, he painstakingly freed himself carrying the oppressive load of fruit and then threw them one by one on an enlarged reproduction of the fifteenth-century Wall Atlas of Ptolemy (which omits the still unknown American continent) concentrating his blows on the zone corresponding to Europe as if he wanted to erase it. The impossible elimination is as barren as the misleading belief that the Earth was flat and ended in the unknown; the sum of misunderstandings and limited visions that clash in this action generates a semiotic short circuit in which the weapon (the tomato) is consubstantial to its target (the geographical map drawn using the tomato paste as ink). In this way the inextricable dynamics of history find their real unity and interdependence by materializing a thought with which Umberto Eco concludes his essay on immigration: “if you like it will be so, if you do not like it will be so the same”.

Emilio Rojas. The Lions Teeth And/Or The World Was Once Flat.
2017, January,26– March, 18
GALLLERIAPIÙ
Via del Porto 48 a/b Bologna 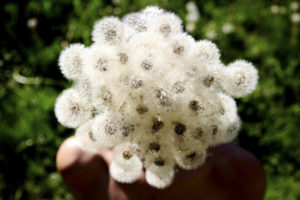 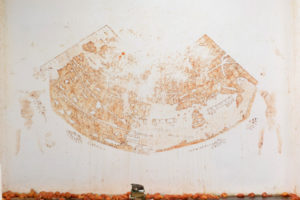 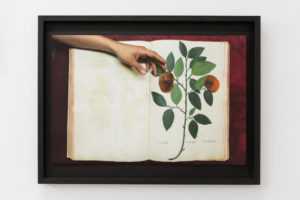 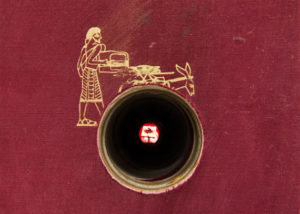 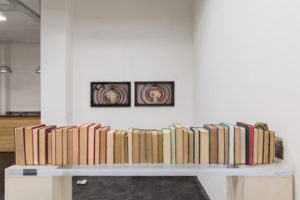 Emilio Rojas, The Lions Teeth And/Or The World Was Once Flat, 2016, installation view, courtesy GALLLERIAPIÙ 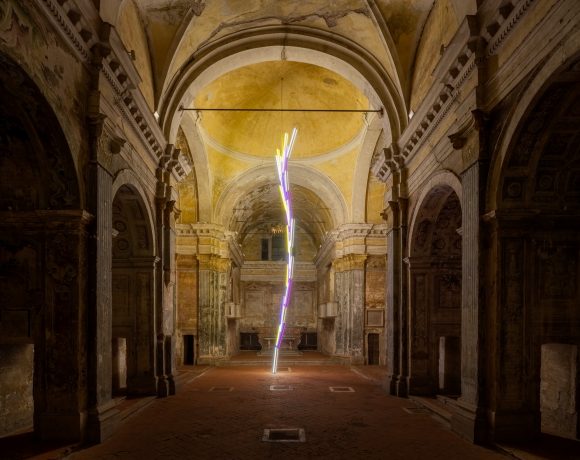 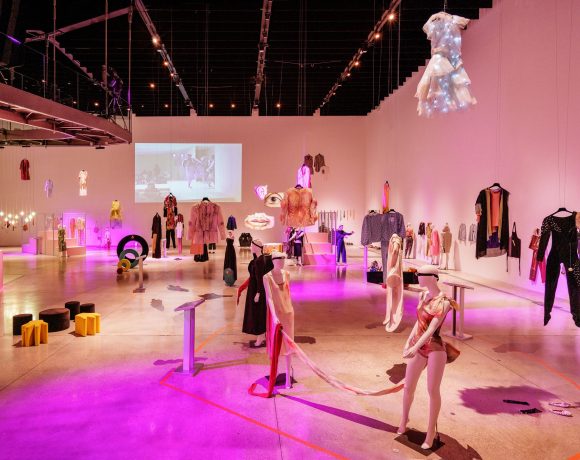