In conversation with Simone Ra.. 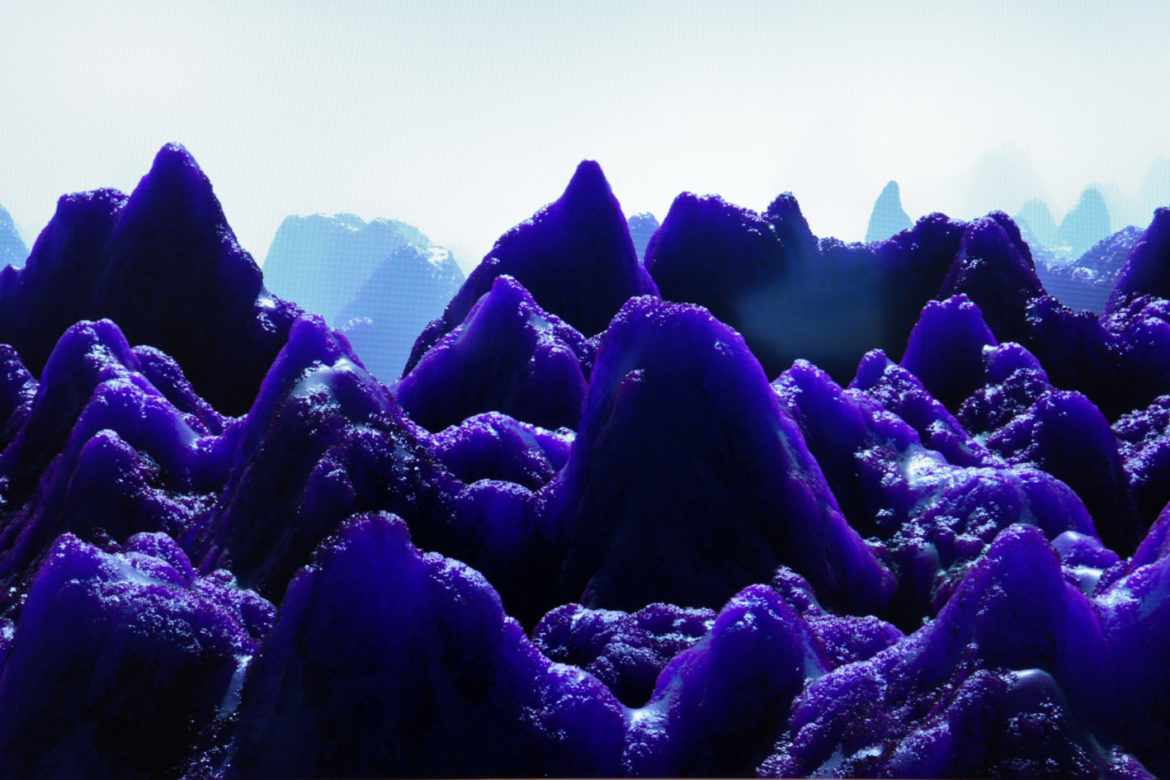 Giacomo Costa’s works, on the walls of the art gallery Guidi&Schoen in Genoa, are not only “shown and exhibited”, but they are part of a great “Contemporary Megalopolis” (like those created by him), where the gallery itself becomes part of the work. A great unique landscape that houses his “new” Solo exhibition, his new way of introducing himself.

Since 1996, the Florentine artist’s works have been only snapshots needed to capture the moment and stop time in order to tell all his work, where spectators had to imagine a story behind those pictures, elaborating the past, the present and the future.

His landscapes are still based on real life places, with their aching and elegant beauty, but now Costa explores a new way of showing and giving them to the observer. Now he brings on the main floor and the basement of the art gallery his new project: TIME(e)SCAPES.

His works in 2018 hold, even more than before, innovation and contemporaneity, now they become also a Videobox (as the Florentine artist calls it), a combination of two words, light box and video monitors.

In this project, the subject is no longer the instant, but the passage of time, the alteration, the change, the image processing. The subject of the frame appears well defined to the observer’s eyes for a lapse of time, until a visual change occurs which moves totally the gaze and confuses it, but very slowly, in an almost imperceptible way.

What Costa wants to bring out is not the clearness and the “solution” of an image or a visual puzzle, he does not want to explain how his imagery and his flashbacks were born; on the contrary he wants only to give us some clues, create a process of dialogue with the spectator and alternate the outward “certainties”.

As usual, he offers images that cause concern, melancholy and he exhorts the observer to ask himself or herself a question.

Big cities, huge mountains, volcanos and in general all his sceneries and imagery seem changed; they exactly “seem”, since actually, nothing really changes, all goes back the way it was before, and it is right what the artist wants to show and explain, his landscapes are as real as they are fictitious.

In this solo exhibition, as usual, Costa’s research arises from the urgency to think over the relation between man and the environment, where architecture and nature seem to grow so much that they suffocate the territory in which they are housed, as they swallow it, by enhancing the whole with his perspective lines.

There is a cyclic path that starts from his first works dated 1996, until the latest works in which there is never a solution of the problem, there is never a starting point or a point of arrival, but a continuous evolution; not only catastrophic views but an analysis of the elements of society which are deeply influencing our period. In his works, he shows the possible consequences of our actions if we go on behaving like that. Landscapes, cities, nature are metaphors of human behaviours, a nature that with its strength towers above the time and invades the space, like a metaphysics force, metaphoric.

His is not a revolution; it is a declaration instead, he confesses what might exist. Nature in these works is the leader and interweaves with man as they were embracing each other sometimes softly, other times roughly, a double mark that traces all his landscapes.

From a formal point of view, in his works the artist places the “contrast” at the centre of everything: on one side, the evident contrast of light and shade effects; on the other side, the sharp contrast that we detect between a visual frame and another in the Videoboxes. Everything that appears in a changing process is just illusion, it goes back to the starting point, the origin, the essence of things and the constant search for our own SELF through landscapes which alter, but only apparently, the visual perception.

Everything gets back to the starting point: TIME(e)SCAPES. 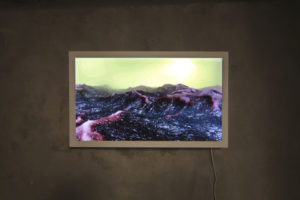 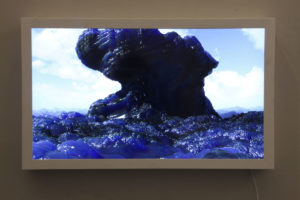 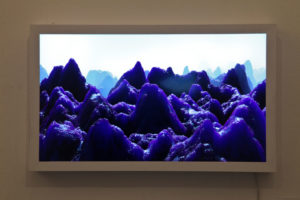 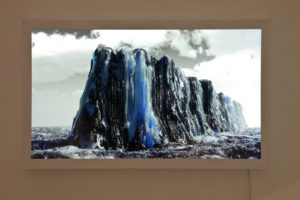 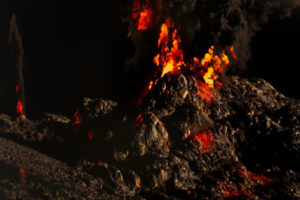