The perception of visitors in ..

In the conversation with Giuditta Branconi, a young painter who lives in Milan, held on the occasion of her solo exhibition Les Filles Terribles, at the Milan gallery L.U.P.O., the fundamental points of her artistic practice come to light: the archive, the color and the painting technique.

Edoardo Durante: What is the title of your latest work?
Giuditta Branconi: Right now, I am working on four different canvases (laughs); all the four of them are about natural elements: earth, water, sky…

But you haven’t chosen the titles yet…
No, not yet. I plan to use title that are in a way much more direct, related to the subjects I have represented.

In this regard, looking at your paintings it is evident how you draw inspiration from pristine settings, rich in natural elements such as animals and flowers. What kind of imagery do you refer to?
A key work from which I have often felt inspired is Henry Darger’s incredible Realms of Unreal: a manuscript of more than 15.000 pages, studded with hundreds of watercolor illustrations, found by a neighbor after Darger himself died. Just as it was for him, my goal is to create a kind of other dimension that follows its own parameters and is inhabited by living beings of different natures, such as plants, animals, and female figures in puerile age.

Where does the need to create your own imaginary universe come from?
It is all a matter of stimulation and curiosity. I collect and catalog images of all kinds, from which I draw inspiration for the composition of my works: it is a curious approach, constantly evolving.

You are very fascinated by images; I am sure that the archive holds an important aspect in your practice…
Absolutely yes, it is a constant, almost a nervous one: I am constantly looking for new images, new stimuli.

On 22nd September, Les Filles Terribles has opened in the spaces of the Milan gallery L.U.P.O.; what is this exhibition about? Looking at your works, it is evident that a recurrent element is the rhythmic progression of the compositions, which welcomes the viewer into your fictional world; in what direction is your work moving?
Having made large-scale works, my goal is to lead the viewer through an immersive environment that engages the audience 360°. I am particularly interested in the textural aspect of my medium; especially in fabric, understood as a pictorial surface. Lately I have been focusing on the composition of subjects, while in the future I would like to experiment with new forms of expression involving the pictorial support: I know that one day I will try embroidering the canvas….

In this regard, I would like to talk more about your painting technique, whihc is so particular….
The aspect that interests me the most is the “body” of the canvas; the pictorial support is much more functional to my work than the color, which only later crosses the canvas, just as the ink crosses the skin: it is also for this reason that I often take inspiration from the classic compositions of traditional American tattooing. I paint the pictorial surface with flat brushstrokes, devoid of textural volume, seeking that result reminiscent of silkscreen printing on fabric. This is followed by rewrapping and displaying what is considered the back of the canvas. I paint subjects with which I feel comfortable; they are subjects that first and foremost satisfy the aesthetic needs of my compositions: in my last two series of paintings, animals coexist with human beings, they are impersonated subjects, just as it happens in fairy tales. I confess that I often think of the representations of the great Renaissance banquets…

You mean, for example, the masterpieces by Paolo Veronese?
Exactly. Great banquets animated by grotesque characters and animals of all kinds; looking at his paintings, however, I realize how these subjects are reduced to a decorative element aimed at the final and general composition of the work. In my paintings I see animals actively contributing to the narrative, they live the composition, they are real protagonists, sometimes filled with symbolic meaning.

What is your relationship with symbolism?
My symbolism is free and personal, I grew up in an atheist family and I perceive symbols with great freedom: the narrative therefore is often self-referential, but I love this aspect of my art, the public is free to interpret my works. On the occasion of this exhibition I would like the viewer to be able to move independently within a new dimension: I only offer a vision.

Don’t you think that in this way you are moving away from our dimension?
I don’t think “moving away” is the correct term: I collect what I find interesting, in my works you can see the convergence of elements from diametrically opposed spheres: classical, historical and tattoo-derived elements. The goal is to no longer be subjected to the stylistics of tradition, but to create something new through it: I don’t think I’m moving away from our dimension, I’m trying to build a new vision.

You turn a passive attitude into an active movement, which develops through the reworking of images…
This is my approach to work: I respect the playful dimension, understood as a moment of stimulation, of learning. 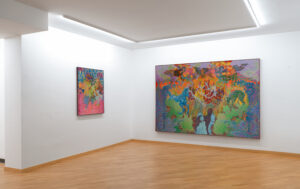 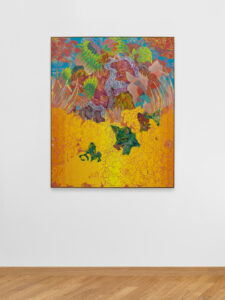 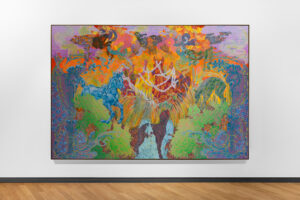 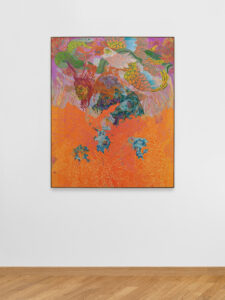