The perception of visitors in the center of the ex...

In the face of the fall of the gods and the loss of the sacred, some artists are capable of recreating the value of the rite and reactivating what remains of the spiritual dimension through works that, by contrast, invite us to become aware of how our existence today tends to become a frenzied sequence of secular and often meaningless actions

It happens with the artist Marina Abramović, almost a priestess of contemporary art, with her unique ability to evoke the sacred without icons, without the reference to some deity in particular. Specifically, from his recent residency project, carried out in the summer of 2021 at the Pitt River Museum – one of the main museums of ethnography, anthropology and archaeology in the world – Abramović wanted to focus on the concept of “passage”. From here comes the idea of the site-specific exhibition recently inaugurated at the Modern Art of Oxford, Marina Abramović: Gates and Portals, open until next March 5. The first exhibition in which she will not be present, but whose protagonists will be the visitors.

In this regard, the special metal structures on display – which evoke the idea of a series of doors aligned – allow visitors, divided into groups, to position themselves inside these minimal cockpits and follow the artist’s instructions. Abramović herself said: « The simple reason why this new exhibition is so important is that it is the most minimal and conceptually radical exhibition ever made. I am happy about this because I want all my focus to be on the visitor and how he will perceive this work. Normally museum visitors do not receive any kind of request: they come, see the work, leave. In my case, the visitors here are not silent. They are witnesses, they are part of the show and they participate. Their experience with the object is the work of art itself; without that experience the objects are empty».

It would seem that the work of art does not exist unless one has a perceptive experience with it. And in this case it is constituted by the very idea of the passage, of apparently standing on a threshold before crossing this transition site, which refers to some precepts of Tibetan Buddhism, Hinduism, and various religious practices of Asia. Visitors are asked for an act of trust and abandonment of the artist’s instructions. Small groups, in fact, are invited to reach the upper floor to stand, under these structures, for a long time, where there are also sessions for those who manifest need.

It would seem simple so far, but it is not because it measures the ability of visitors to stand still and listen to this dimension of passage, given by the physical idea of the doors and the very fact of taking part in a performance – to a different space and “other” than the ordinary – to perform a perceptive act of loneliness with themselves, with the surrounding space that develops in a threshold, precisely. Almost a margin of time through which the artist makes visitors witnesses of themselves before an event that presents art as an idea based on the perceptive and sentient dimension, rooted in the connective and emotional fabric of the mind.

Thus, standing within these minimal structures, Abramović, while not being present, leads visitors with his voice on a meditative journey – sacred where art can find space only if you make a shift of vision. With the mind and with the body, which is the true and only channel of perception.

It should also be remembered that it is not so immediate for artists to be able to express and tell a concept in the world of contemporary visual arts in front of the exponential amount of images, videos, reels, selfies, live: we live in an era of visual greed. This not only means that we have a great opportunity to see different perspectives but it can also mean that we live in a huge visual chaos, where noise has taken over silence. In a desacralized world, this minimal act proposed by Marina Abramović can only lead us to the territories of performance art that draws on a sacred and spiritual conception more than we imagine. 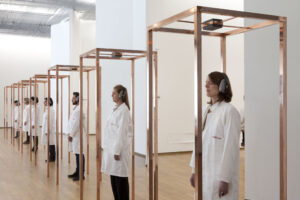 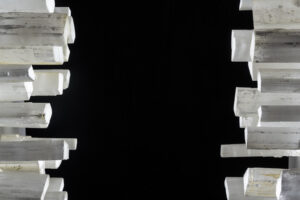 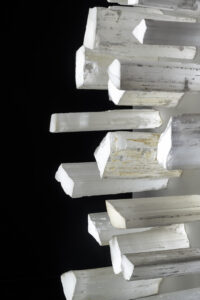 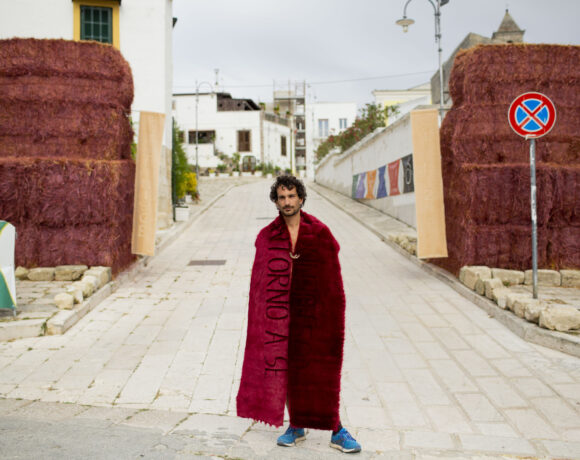