Ernesto Jannini. The art of gi..

Excessive, baroque, surreal, postmodern, visceral, hyperbolic, caustic: these are just some of the adjectives that could be used to describe the artistic production of Mika Rottenberg (Buenos Aires, 1976. Lives and works in New York), on show at MAMbo until May 19. The artist, protagonist in Bologna of her first solo exhibition in an Italian museum institution curated by Lorenzo Balbi, conceives complex video-architectural devices that force the visitor to support with his own bodily movements the environmental restrictions imposed by the installation, exactly as the video characters are relegated to cramped and crammed environments. Her work focuses on the critique of consumerism and globalized overproduction and emphasizes with disenchanted humor the delocalized and concealed processes which contribute to the manufacture of products that clutter our daily lives. The environmental and immersive vocation of her works abolishes the distance between the living space of the spectator and the visionary limbo inhabited by her creatures, also exorbitant exceptions, with which an immediate identification takes place.

The subjects of her stories are female characters physically exaggerated and transgressive with respect to the standards of acceptability, expression of an indomitable alterity that amplify by contrast the absurdity of mass homologation on which our concept of normality is based. The videos and the corresponding environments introduce us to a maze of interconnected universes in which redundant mechanical equipment operated by human slaves that maneuver pulleys, pulleys, revolving planes, fans, pistons and catapults to create alchemical and useless objects. Mixing documentary footage and fictions in an explosive amalgam, the artist explores the seduction and desperation of hyper-capitalist society in disorienting staging in which the magical elements and the skewed logic of the absurd seem paradoxically healthier than the real exasperation of the gig economy.

Crossing the threshold of the exhibition venue, after passing through an antechamber in which a gloved hand uninterruptedly breaks colored light bulbs above our head in a kaleidoscopic dripping (Untitled Ceiling Projection, 2018), we enter into a disturbing empty space whose cardinal points are marked by small wall nightmares. Set in the wall, we find some sculptures-fetish that show fragments of female bodies animated by improbable mechanical movements: two heads with long hair waving jerks mimick a vaguely sexual dance, while a scary middle finger hooks an impossible rotation at 360 °. The emphasis is on the artifice, which stands out both in the stereotyped repetition of the movement and in the ostentation of the synthetic aspect of hair, nails and skin.

In Smoky Lips (Study # 4), a work produced on the occasion of the exhibition, we instead see a plump and red mouth inside which we can glimpse with voyeuristic pleasure a miniature video where bizarre characters appear and disappear in the waiting room of a kitsch hotel. The steam that accompanies their manifestation is the same that comes out of the mouth applied to the wall and which makes the intrusion of the look into the scene even more forbidden and uncomfortable. In this miniature we can see some cornerstones of the mental architecture of Mika Rottenberg, who always imagines contiguous environments connected by ventilation ducts through which the passage of liquids, effluves and objects establishes precise correspondences between apparently unrelated situations.

Play a lot on these aspects the video Cosmic Generator (2017), which is accessed by passing a sparkling curtain of frayed cords that takes in reality one of the filmed settings. The work is centered on a hypothetical clandestine tunnel that connects the Dragon Restaurant, a restaurant located on the border between Mexico and California, and a huge Chinese warehouse, in every room of which we see bored and unhappy women overwhelmed by accumulations of useless goods. The uncontrollable production of cheap futility is linked here to the desire to escape across the border, a hyperbolic get-away that leads to a new plastic hell.

In Bowls Balls Souls Holes (2014) a complex assembly line connects a Bingo hall to an underground cubicle where Gary “Stretch” Turner, the man with the most elastic skin in the world, receives a clothespin at each strike to be put on the face, until the complete deformation and dehumanization of his identity. Also in this case the demiurges of the action are robust and threatening women, in reference to which Germano Celant has defined “spinster machines” the elaborate machinaries conceived by Mika Rottenberg, who re-read the conceptual symbolism of Duchamp’s bachelor machines in humeral and bodily terms.

Even more labyrinthine, the set of NoNoseKnows (2015), preceded on display by a room that introduces the visitor into one of the parallel worlds seen in the video, relates the daily work of a Western woman busy sniffing flowers to sneeze and expelling dishes of oriental food from her nose, with the production of freshwater pearls in the province of Zhuji in China. Here too we find a hierarchical overlap between an upper area, an aseptic artificially illuminated metropolitan building, and a subsoil in which the mechanical and real work of young women in charge of selecting pearls and inserting small materials into the oysters to foster them to produce a layer of mother-of-pearl. The contact between the two realities is established by a rudimentary apparatus of ventilation that the workers at the call of a bell must operate to induce the sneezing of the protagonist and from a strange basin placed in her room, from which emerge the naked and upside-down feet of a working woman sleeping on the lower floor.

Everything could collapse at any moment and the above could become the under, but the force of coercion and cohesion of the dominant system is stronger than any derogation from the protocol and the feet of the inactive girl are watered, as to extinguish her ambitions, by the corpulent protagonist when she is about to leave her office. If sleep, one of the few unproductive activities of capitalist society, is a temporary abstention destined to be reabsorbed by the assembly line, the only truly uncontrollable element in a society where bodies function as machines and machines assume human values ​​is precisely the constant growth of production, as demonstrated by the unpredictable consequences of a simple sneeze. 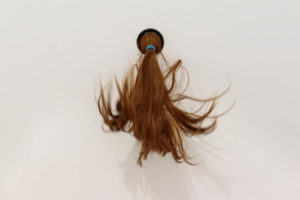 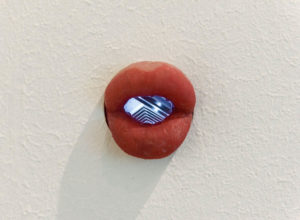 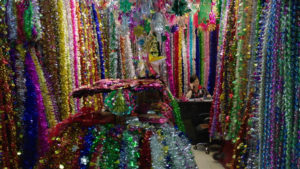 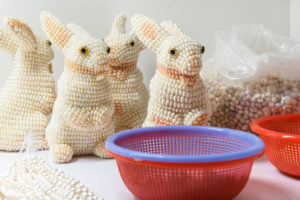 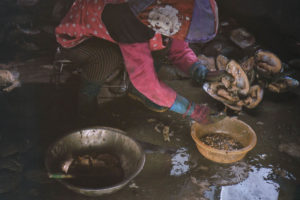