Barbara Kruger. The art of tea..

Doug Aitken was born in Redondo Beach, California, in 1968. The body of work of this internationally renowned author ranges from photography to sculpture in a more or less a-traditional sense, from architectural interventions to narrative films, from sound installations to mono and multi-channel video works, from mega site specific works to live performances. As if to say: his is a multifaceted activity that wants to challenge the typical definitions of gender, to explore the different facets of the world with different tools of expression.

His work, celebrated for several years on a global level, has been presented in numerous exhibitions in the four corners of the world, in institutions such as the Whitney Museum of American Art, the Museum of Modern Art, the Wiener Secession, the Serpentine Gallery in London and the Center Pompidou in Paris. He participated in the Whitney Biennials of 1997 and 2000, winning the International Prize at the Venice Biennale in 1999 for the installation “Electric Earth”. Aitken received the Nam June Paik Art Center Prize in 2012 and the Smithsonian Magazine American Ingenuity Award: Visual Arts in 2013. In 2016 he received the Americans for the Arts National Arts Award: Outstanding Contributions to the Arts. In 2017 Aitken became the first recipient of the Frontier Art Prize.

With the “Sleepwalkers” exhibition at the MoMA in New York (2007), Aitken transformed an entire block of Manhattan, covering the external walls of the museum with his projections, making the body of the building come alive. Then, in 2009, he presented his large-scale cinematographic and architectural installation, “Frontier”, on the Tiber Island in Rome, to bring it the following year to Basel. In 2011, he presented “Black Mirror”, a video installation and live theatrical performance on a barge floating off the coast of Athens.

In 2012, “SONG 1” enveloped the Hirshhorn Museum in Washington DC in 360-degree panoramic video projections, transforming the exterior walls of the building into an audiovisual spectacle. In 2013, Aitken created “MIRROR” for the Seattle Art Museum, using hundreds of hours of footage that change in real time in response to the surrounding life, thus transforming the museum’s exterior into a living kaleidoscope.

In the same year, for three weeks, he curated “Station to Station”: a train, designed as a moving light sculpture, broadcast content to a global audience as it traveled from New York City to San Francisco making nine stops along the way. “Station to Station” then had a subsequent episode at the Barbican Center in London for thirty days, in the summer of 2015: an event with the participation of over one hundred artists, musicians, dancers, designers and other creative people.

In December 2016 he created the installation of one of his most ambitious projects: a triptych of “Underwater Pavilions” linked to the sea floor off the coast of Catalina Island, California. This project was followed in 2017 by “Mirage”, a site specific sculpture that takes the form of a house completely covered with mirrors and set in the heart of the Californian desert. “Mirage” was subsequently installed in Detroit (in 2018) and then in Gstaad (Switzerland) in 2019.

Now, at the Australian Museum of Contemporary Art in Sydney, an exhibition of his entitled “New Era” opens, the first major solo exhibition of the American artist in the southern hemisphere. This anthology, curated by Rachel Kent, spans twenty-five years of his career, including his works from the late 1990s to his most recent installations.

Highlights of the exhibition therefore include “Sonic Fountain II” (2013/2015), a large-scale sound installation built into a rocky terrain located within the exhibition hall, and “SONG 1” (2012), one of his largest installations of moving images, and which is presented at the MCA as a standalone special project, starting in December 2021. “SONG 1” contains various interpretations of a popular song performed by ordinary people and professional artists, interspersed with images urban and digital in a constant cycle of reproduction and repetition.

Ultimately we are talking about an enveloping, spectacular, high-impact exhibition, usable on many levels: this is why we wish this initiative the greatest success. 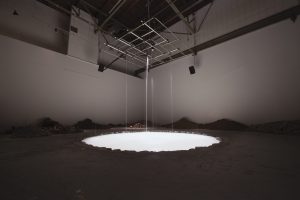 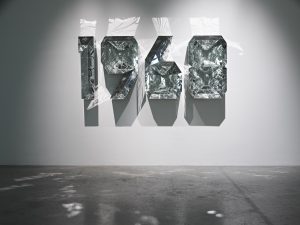 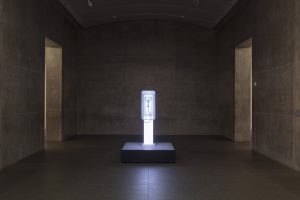