The National Mountain Museum i..

Painting the past and the present with the material makes Jannis Kounellis a unique artist, able to give the world of contemporary art that extra something that is often discussed. The artistic history of Jannis Kounellis (Piraeus 1936 – Rome 2017) begins in 1956, in Rome, where under the guidance of Toti Scialoja he is influenced by the abstract expressionist language and by that informal art that will accompany him throughout his career.

He made his debut in Rome in the 60s, at La Tartaruga gallery. His is a non-formalized public language, made up of recognizable signs that allude to a new artistic language. The encounter with Arte Povera, always in the same years, will be fundamental for a stylistic twist with a mystical and creative flavor that we will find, however, in the works realized towards the end of this period and that will bring Kounellis closer to the other colleagues belonging to that artistic trend.

The exhibition at the Prada Foundation in Venice helps us to better understand this wonderful artist who today, many years after his debut, never ceases to inspire many contemporary artists. The Ca ’Corner della Regina spaces are literally invaded by the most interesting retrospective ever realized after his death. The project was created in collaboration with the Kounellis Archive and brings together more than 60 works carried out between 1956 and 2015 from important national and international institutions.

The focus of the exhibition is the dialogue between the works of Kounellis and the eighteenth-century spaces of the Foundation which gives rise to a unique encounter that can make this path contrasting and unique. At first glance, the idea of ​​exhibiting an artist like Kounellis, so topical and not so “sumptuous” in such a magnificent context, could be considered almost out of place, in reality it is this dissonance that makes the show singular.

The first noble floor of the building presents the artist’s first works. We find writings and signs often “collected” on the streets of Rome which then become letters and numbers drawn on a white canvas. These are visual poems that fragment the real language to be other and take abstract forms that in the subsequent pictorial research of Kounellis will be recomposed to become natural subjects. A further process of pictorial transformation will see him getting closer and closer to the language of poor art: concrete elements such as earth, water and above all fire will become central to his research. From the physical language typical of Arte Povera, Kounellis approaches the conceptual, working on vital elements and their relations with the earth. Organic and inorganic merge, transforming the artistic language into a sensory body experience. Touch, smell, sight and hearing become the expression of a synaesthetic art that is no longer limited to wanting to be observed but claims to be lived intensely.

The works of the 1970s are presented through a dialectical clash between opposing perceptions. Lightness vs heaviness, fragility vs permanence, through Kounellis’ works, they want to remind us of how much man feels oppressed to live among social constraints despite constantly seeking a sense of freedom that only art is able to give us back.

Fire, a central element in the art of Jannis Kounellis, guides us towards the other exhibited works and represents the split between past and present that keeps the hope of recomposing alive, just as happens in Untitled (Tragedia Civile) realized in 1975. From the fire to the smoke, central instead in the works of the 80s that represent a return to painting and a sad awareness: if fire keeps alive the idea of ​​a revolutionary art, smoking represents its political and social death.

Avant-garde and sensitive, Jannis Kounellis through his works teaches us that art can be reborn from its ashes, through a process of transformation that must never stop accompanying us in life. 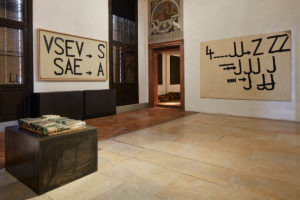 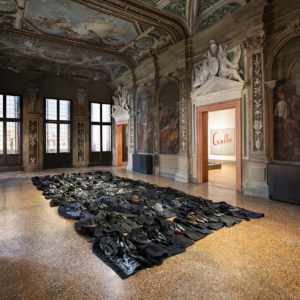 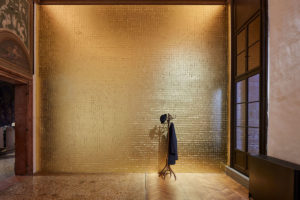 Born in 1987. Freelance publisher, passionate about contemporary art and the interaction between visual arts. She graduated from DAMS in Bologna in 2013 with a thesis on the relationship between Futurism and Fashion. She is always looking for emerging artists and discovering subcultures. She collaborated for several years with D’Ars Magazine (now archive) and currently collaborates with ViralWave as art manager and with Juliet Art Magazine.