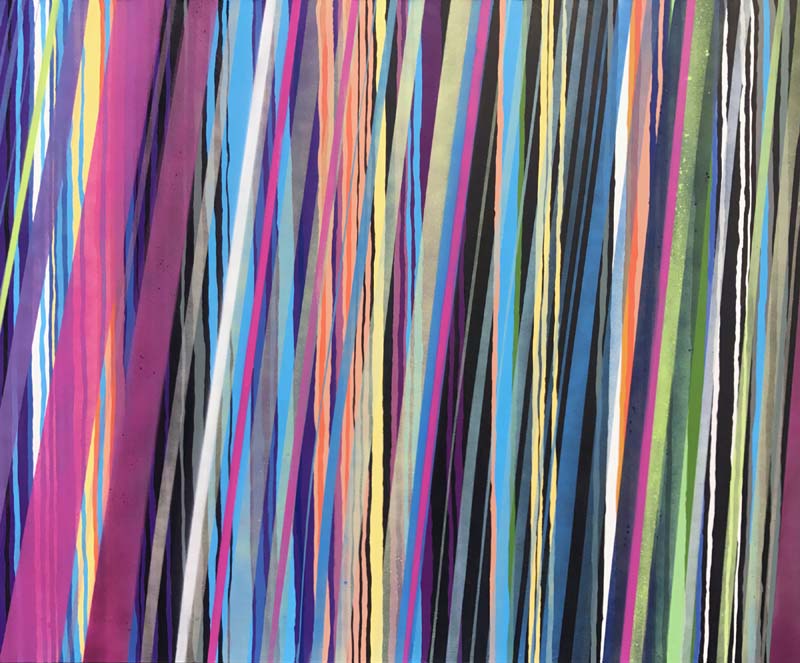 From 2 to 30 September, Salvo Ligama is on display at Palazzo della Cultura in Catania with his first solo show in Sicily, Catania Infinite Jest. The exhibition is the result of an articulated work, developed in new and diversified languages, resulting in a virtuous relationship between tradition and innovation.The exhibition, curated by Stefano S. Antonelli, is the second solo show of the young Sicilian artist who started in 2015 with 8bit_a  pixel world in Galleria Portanova12 in Bologna.

Catania Infinite Jest is the title of the catalog and the exhibition presented in Palazzo della cultura in Catania. What do you mean exactly with this definition? And what does that mean?
The name of the exhibition, Catania infinite Jest, was chosen by curator Stefano S. Antonelli. It is a conceptual crash, a quotation from the title of David Foster Wallace’s novel. It refers to Catania. A volcanic and vibrant city, a South metropolis, which lives with incredible and infinite paradoxes. It also refers to its inhabitants, the Catanesi. A contradictory population, but generous, energetic and capable of infinite gestures. All my work in this new production is inspired and focused on Catania, Etna and its places.

Looking at some of your works, an unprecedented Ligama emerges, a “contemporary landscape artist” that portrays urban views of Catania. How was this new language born?
Yes, in fact, they are urban landscapes, depicting unusual Catania prospects. But it’s not just this. They are conceptual representations of our time, urban paintings that about life in our cities. We live in a period where everything is precarious and inconsistent, we are increasingly accustomed to the immateriality of photography that no longer uses the traditional print but it is increasingly digital and social. Since more than thirty years ago, a new era of Art has arrived, art is in the street, on the walls. Nothing remains the same and forever, but everything constantly changes in very fast times. Catania has now become the center of all this, it is a dynamic, stimulating metropolis, a second home for me, where I found the right inputs to be able to create. And in this research, places such as SQUIBB become subjects to be immortalized on canvas, as old landscape painters were doing, in contemporary views that probably tomorrow will not exist anymore or will radically change.

As for the RGB series, can you say more about those superimposed pixels?
The RGB are a series of small size oil paintings, found in old houses or inventories of flea markets. They represent rural landscapes of the Sicilian landscape and still life. Here I spoke through color-coded RGB acrylic paintings. The old landscapes have been added with the color-coded square codes that I have chosen, stacked, and superimposed on the depicted subject on canvas as a palette of tones. The colors were chosen and approached in a studied way. Nothing is left to chance. They are ordered and arranged only for visual functionality.

Taking a look at another unpublished part of this production, I noticed that the pixels left their place to colored lines and that your attention shifted to the study of “noises”. Do you want to tell us more?
In this research sound plays an essential role, it was the conceptual motive from which much of this new production was born. Works like Movements, My Mother’s Voice, Lava-Gradients or The Sound of a Star – KIC11026764 were born out from the desire to talk about noise, because everything that happens, everything around us, has a noise. Visual noise, what makes your eyes squeezed when you have the feeling of not seeing well. That hearing, which makes us open our ears when we think we have not heard. Because the noise is there, in the middle. It is something unclear. We are never sure about a noise because it exists when we feel that we have not realized that what we have seen (or felt) is perhaps not as it seems or it does not seem like it is. Noises call into question human perception, the security that each one of us places in his own senses. This causes suspicion, uncertainty, insecurity, movement. Mine is not a poetic theory of the color of a sound, melody, or soul of an artist. It is a scientific and mathematical process. You see what you hear. I was curious to “see” that noise just heard, so I started recording, analyzing, cataloging and sampling noises to figure out how to make them visual. But unconsciously, what I was doing was a search for memory and life. It was an absolutely scientific approach, based on sound recordings analyzed and converted into precise color combinations. Results of mathematical equations transformed into frequency-color. To make it short, each color corresponds to a frequency and therefore a sound because the sound and the color are made of the same matter, the wave. Each sound has a specific frequency value and wavelength. Only in this way it was possible to get the chromatic charges. There is no personal interpretation: only the confidence of being sincere and far from any mistake has allowed me to translate the rigid and impersonal language of artificial intelligence into the more vivid and human one of color.

What is the role of the observer in this process?
Those who observe can unexpectedly catch and enjoy the sound of a star, a seismic or eruptive motion, otherwise unheard. I turn to those who are curious, to those who question and remain surprised in front of my paintings. When art communicates something and generates questions, then it means that it did not leave us indifferent. It’s the curiosity that changes things. Curiosity, you know, is the basis of knowledge. And of every possible surprise, I would add. Working on the noise I hope I can doubt, even for a moment, the disenchanted and distracted look of my observer, firm in his certainties. To move the ground under his feet. To accentuate the soul of perception. To emphasize doubts. And so to give the chance to be amazed.

How would you define your art today?
It is to come to the origin of things. Questions emerge from doubts. And in essence what I think art is doing is generating questions, undermining the solidity of our certainty to find inspiration. When you are certain of everything, nothing moves, you live in a boring condition of stability made of certainties, concepts, and balances. The artist is a creator of theoretical spaces, he questions, looks at reality, gives life to ideas, to particular concepts. He looks at the present to look at the future. He is contemporary. He lives his daily life, he comes into play, he experiences it. He should not exclude the possibility of trying out new art expressions, from painting to photography, from video to installations. Today you cannot stop at one form, you must dare.

What has changed today from your first solo show in 2015? And what has been your evolution in the last two years?Everything has changed. I grew up. I traveled. I have experienced. I’ve known many artists. I have experimented new techniques on different media using new materials. I came close to graffiti, muralism, and more generally to new pictorial forms. I am much more schematic. I have a more analytical approach. I plan a lot in my studio, devoting most of the time to the preparatory phase of a project. In general, the awareness of things and what I have at my disposal has changed. This exhibition, for example, was made with absolute intent. There is the cognition of knowing what I am doing, to whom I am talking and where I want to go. 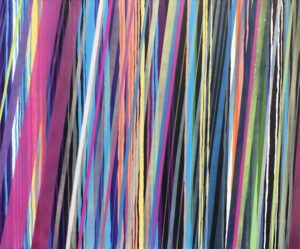 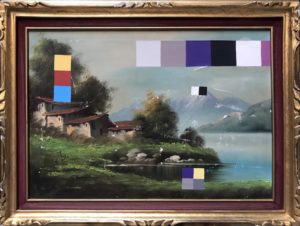 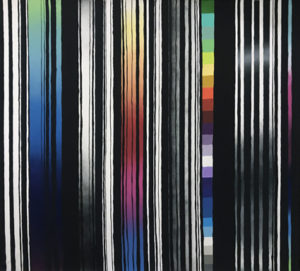 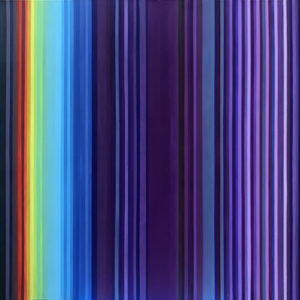 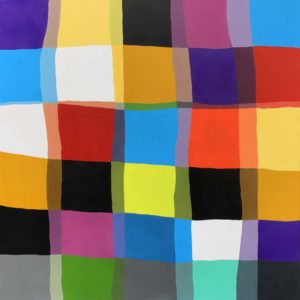 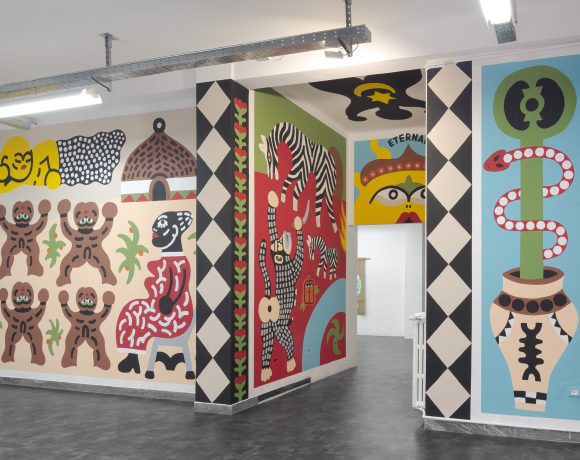