Steven Pippin. Work (Within a Work)

Steven Pippin. Work (Within a Work) 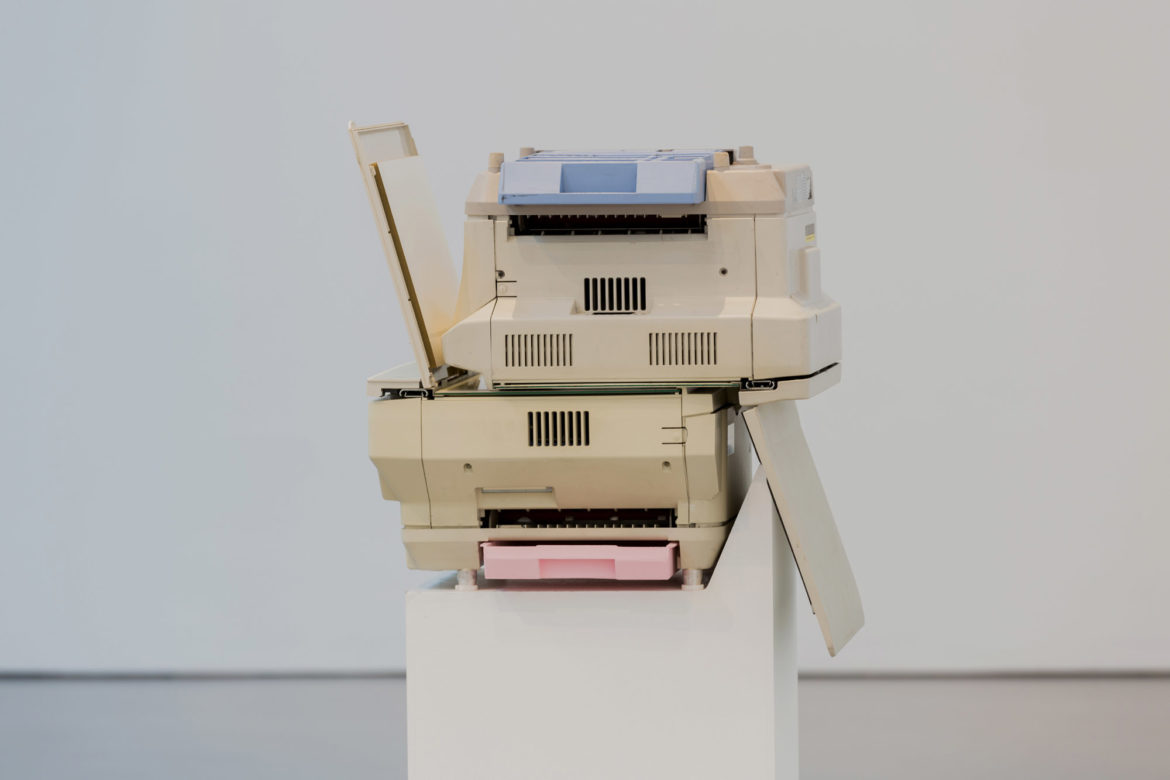 The artist engineer Steven Pippin (born in 1960 in Redhill, Surrey, UK) works with complex mechanical assemblies and kinetic structures, which he uses poetically or as metaphors to describe social dynamics and physical phenomena investigated in their existential implications. After graduating in mechanical engineering at Charles Keen College in Leicester, he studied sculpture at the Chelsea School of Art in London and in 1999 was selected as one of the finalists of the Turner Prize. In most of his works the interest in the process of realization of an idea and the concept behind it are more important than the finished product, which presents (at first glance) a cumbersome aspect not immediately attributable to art. On the contrary, the apparently difficult objects that the artist offers the viewer hide a refined irony and an intriguing speculative fascination that leads to the extreme consequences the verification of the consistency between the functioning of a machine or a system, its internal structure and the exterior form that always appears disrupted by a series of mechanical and conceptual solicitations. His creations consist of simple devices taken from everyday life that are modified in order to force their limits or to force them to perform tasks completely different from those for which they were designed, or to transform them into gears of articulated celibate machines with symbolic or metaphorical functions. In the rough aesthetic essentiality of these devices, the artist’s intention is to make clearly understandable complex processes without misleading digressions and his desire to emphasize the poetic aspect of everyday banality, leaving space to the spectator’s imagination.

The Work (Within a Work) exhibition currently underway at the Enrico Astuni Gallery brings together a selection of works created over the past 28 years, centered around the Greenwich meridian, a conceptual axis around which philosophical meditations, scientific experiments, kinetic sculptures, performances and photographic experiments revolve. The exhibited works explore the unsuspected lability of the boundary between art and science by reinterpreting physical and astronomical models in an allegorical way without introducing any derogation to scientific accuracy or re-elaborating with philosophical intent common office or apartment devices to verify their intrinsic existential implications.

Some works investigate the concept of doubling and reproduction, such as Carbon Copiers (2004), an installation that combines two identical Olivetti photocopiers so that the glass screen for reading the documents of each device coincides perfectly with that of the other or Cannoned doppelgänger scanner (2005) in which two very similar flat scanners interpenetrate each other to form a single object. These unusual embraces between machines normally considered aseptic give off a sensual feeling and allude to the theme of double understood as self-mirroring of the self in the other. The splitting understood as the splitting of the self that emerges from itself to look outside and self-represent is instead the strongest suggestion of Sinar Simultaneous 50:50 (2013), an analogical camera cut in two parts along the axis of the objective so that each half could simultaneously take a photograph of the opposite side. The exasperated hedonism of the device that has chosen to lose its integrity to “see itself” is immortalized in the two photographic prints that testify the perfect success of the experiment.

In contrast with the digital revolution, Pippin has been interested in archaic photographic techniques since the 80s and he devoted himself to the production of images developed in cabinets, refrigerators, bathtubs, washing machines and other daily objects transformed into dark rooms. The exhibited ceramic WC for example, Untitled (1990), recalls the performance The Continued Saga (1993), in which the artist used a toilet on the London-Brighton train as a laboratory for photography and study. In Launderama Ipso Facto (1989) Pippin filmed the washing cycle of automatic laundry in Greenwich and then developed the film extracted from the camera inside the same automatic washing machine, operating it again after inserting the preparation and the fixator in place of detergent. In this way, the film experiments with the process that was initially being filmed and the film merges with its subject to create an inseparable entity. Here too the result of the action is less important than the process and what fascinates the artist is the possibility of spectacularizing the photographic procedures until reaching a dimension at the same time epic and empirical, potentially within anyone’s reach.

Some works are presented as complex machinery in which the frankness of the message creates an ironic contrast with the sophisticated technical elaboration of the structure. In Executive Toy (1999), for example, we see a rotating television set, which transmits the revolution of a globe, placed at the center of a mechanism that reproduces the rotation of the Earth’s orbit in which the Moon is played by a stylized business man hypnotized by the television. Or as Geostationary TV (1996-1998), a machine of great technical precision that coordinates the triple rotation of a color television, a DVD player and a virtual planisphere or New Consternation (1999/2007), a model of the solar system in which the Earth is replaced by a television and the moon by a man sitting and watching.

In other cases, instead, the artist relies on a radically minimalist tools like in Vernal Equinox (2013), a photographic shot in which a performer aligns her sex with the Greenwich Meridian, straddling the line that indicates the exact location , while Halley’s meridian line (2006) consists of a correspondence in which the artist protests for the inappropriate positioning of the plaque that signals Halley’s longitudinal Meridian on the facade of the Royal Observatory in London accompanied by images that document its removal and displacement. 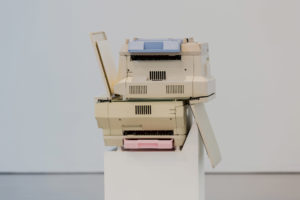 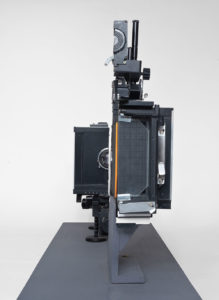 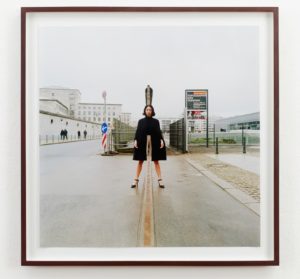