In the Invisible Flowers exhibition, curated by Sabino Maria Frassà in collaboration with Cramum at the Gaggenau DesignElementi in Rome (second step of the “EXTRAORDINARIO” festival), the artistic duo operating under the pseudonym TTOZOI, composed by Stefano Forgione (Avellino, 1969) and Giuseppe Rossi (Naples, 1972), presents the latest results of his research, centered on the life-death ambivalence inherent in nature and on a process guided by the criterion of the so-called “void of intervention”. The artists create their four-handed works by mixing organic materials (flours, water and natural pigments) on jute canvases and leaving them to act in protected conditions inside sealed cases for about 40 days. Once the spontaneous flowering process of the work is over, they dig into the biological traces of the processes they triggered to bring out the image and essence. The result is a sort of involuntary painting that is always different, as it is conditioned by the specific external variables of the place of execution, which retains the imprint of its environment of origin and the secret of the silent passage of a life in the world.

Emanuela Zanon: Your cultural background goes beyond the artistic sphere (Stefano Forgione is graduated in Architecture and Giuseppe Rossi in Economics) and you are both self-taught. How does your meeting take place and how is your creative orientation in the direction of this very particular meaning of abstract art clarified?
TTOZOI: Ours is a friendship found thanks to art. The passion for art made us meet again! Friends as teenagers and then lost for university commitments and work. It is curious how for years we both lived and worked in Milan and Padua without ever meeting. Then, in December 2009, we found ourselves by chance in the home of a mutual friend and from that moment we rediscovered the mutual passion for art, with endless chats, discussions and ideas until late at night. It was that evening that we talked about “molds on canvas”, we were enthusiastic about it and our “experimentation” began shortly thereafter… Everything else was the result of stubbornness, sacrifice and above all really believing in it. For us, TTOZOI represents the artistic desire of all time, a presence in art, thanks to the irreplaceable story of nature.

In 1954 Francesco Arcangeli published an article entitled The Last Naturalists in the magazine “Paragone”, in which he brings the extreme shock of nature painting back to the informal sphere. For the critic “nature is the immense thing that gives you no respite, it is a deep layer of passion and senses in which happiness and torment are in unison”. Your works, which from an aesthetic point of view recall the painting of those years in a surprising way, seem to be the result of an operation of opposite sign: no longer nature imitated through an indirect and allusive language, but a natural process that  generates a similar mixture of life and death. What would you like to tell us about it?
We stopped many times to observe one of our canvases: at a distance, then a little closer, until we touch it with the tip of our nose. Three perspectives, many angles, infinite perceptions…. Yet that little square has become such a powerful surface that you get trapped in it. Inexplicable, at least at the beginning, surprising more by the aesthetics than by its real essence. Over time, by gradually drying each superstructure, as Zen monks we have managed to overcome the mere “vision of the work” realizing that each of them is a finite space – like the earthly one in which we live. Our most ancestral survival was possible thanks to the primordial instinct of the search for food (as the spores on the canvas look for it) and human evolution was guided by the conquests of the territory (like the space “invaded by mold”, which is born, it feeds, develops, moves… LIVES… and then “dies” – memento mori – in which everything is artistically accomplished). What we have artistically sought is the trace, the pattern that remains on the canvas as a memory of a (real) life lived among the jute textures and delivered to our sensitivity to grasp every imperceptible vibration… Beyond the visible.

In the Invisible Flowers exhibition we see almost monochromatic ancestral landscapes where organic forms coagulate, swirl and dissolve, generating beauty and fragility. If Burri in the 1950s used natural materials (including molds) as colors or as elements with a specific tactile and volumetric consistency modified by a certain form of energy, in your painting the natural processes act by self-determination, manifesting on the canvas a pure linguistic code that arouses conflicting sensations in the observer, poised between familiarity and otherness. What aspects of this alchemical process fascinate you most?
When the curator Frassà proposed this title to us, we immediately fell in love with it. We work on the invisible and the unknown… Never knowing where the natural process will take us. We are the first to be surprised by the beauty that the natural process releases us, falling in love with the work. It would seem presumption, but it is not at all. Our works have a percentage of nature’s influence on the canvas that goes beyond our intuition or creative ability. “After Picasso there is only God” said Pablo … The TTozoi try to work with God – we say – and it is not a presumption but a certain and unequivocal fact. Our duo is actually a trio dominated by Nature and what surrounds us. Precisely for this reason we found Sabino’s intuition strong to enter this cycle of exhibitions after a master like Fabio Sandri (editor’s note IO | N exhibition in Milan) who thinks, albeit with different tools, on this other, which for us is the nature, the air that surrounds us and that “governs” our existence.

The exhibition in Rome starts with a performance you made one week before the opening, in which you prepared a series of new canvases in front of an audience of guests. The works, which are now present in the gallery inside cellophane bags that block them from view, will be unveiled in September, at the end of the mold’s life cycle, and will become the focus of a subsequent rearrangement of the exhibition. What is the value of waiting in your creative process and what guides your post-production interventions of the material layer grown on the canvas?
Technically, “doing nothing” or rather the “void of intervention” is – strictly speaking – the exact opposite of the commonly understood artistic process. In the general sense, in fact, being an artist means being one who forges, shapes, assembles, composes, draws, colors. In short, one who generates things with active force. So how does one dissolve the contradiction of those who, like us, use time as a color in the palette? How do production and rest come together? Biblical exegesis makes the point very clear: God does not create the world in six days and rests on the seventh. God creates the world in seven days, of which one, the last, spends it standing to see what he had done in the previous six. This means that the void of intervention is not different from the intervention, but it is an integral (culminating, we would say) part of it. From generator of life to spectator of that same life… Spectator of a vital and livable environment that we all occupy in time and space, just like the bacteria which, like any other pictorial element, have form, surface, color, density and autonomous life. It is precisely the “sign” of this “experience” that guides our pictorial intervention, always respectful of the spontaneous equilibrium of the work returned to us, to the point – at times – that we limit ourselves to mere “cleaning”, without any intervention on the perfect natural manifestation. Everything, therefore, takes shape through the expectation of an intervention on the void, a nothing with space that each of us occupies, observes, suggesting volumes, colors …. Matter to amplify its hypothetical dimension and the potential for existence.

What have you learned from observing the biological mechanisms underlying your work and what message do you think molds can deliver to contemporary man?
Molds – as a medium – suggest a message about eternity. Our “Genius Loci” project arises from the observation of the different natural manifestations from place to place, as they are conditioned by the specific external variables of the execution site. Unique works, in limited and unrepeatable copies as they are made “on site” only on the occasion of the specific project (eg Amphitheater of Pompeii, Reggia di Caserta). Each work therefore becomes a window into the archeology of time, with a declination of “salvation from pure aesthetics”: this is how, in a basically infinite journey, we want to “write” our story, offering anyone the opportunity to be able to acquire a “piece of history” thanks to the mapping of the most representative places on Earth, through works created in perfect synergy between the architectural of the place and the warm heart that ideally inhabits its foundations. 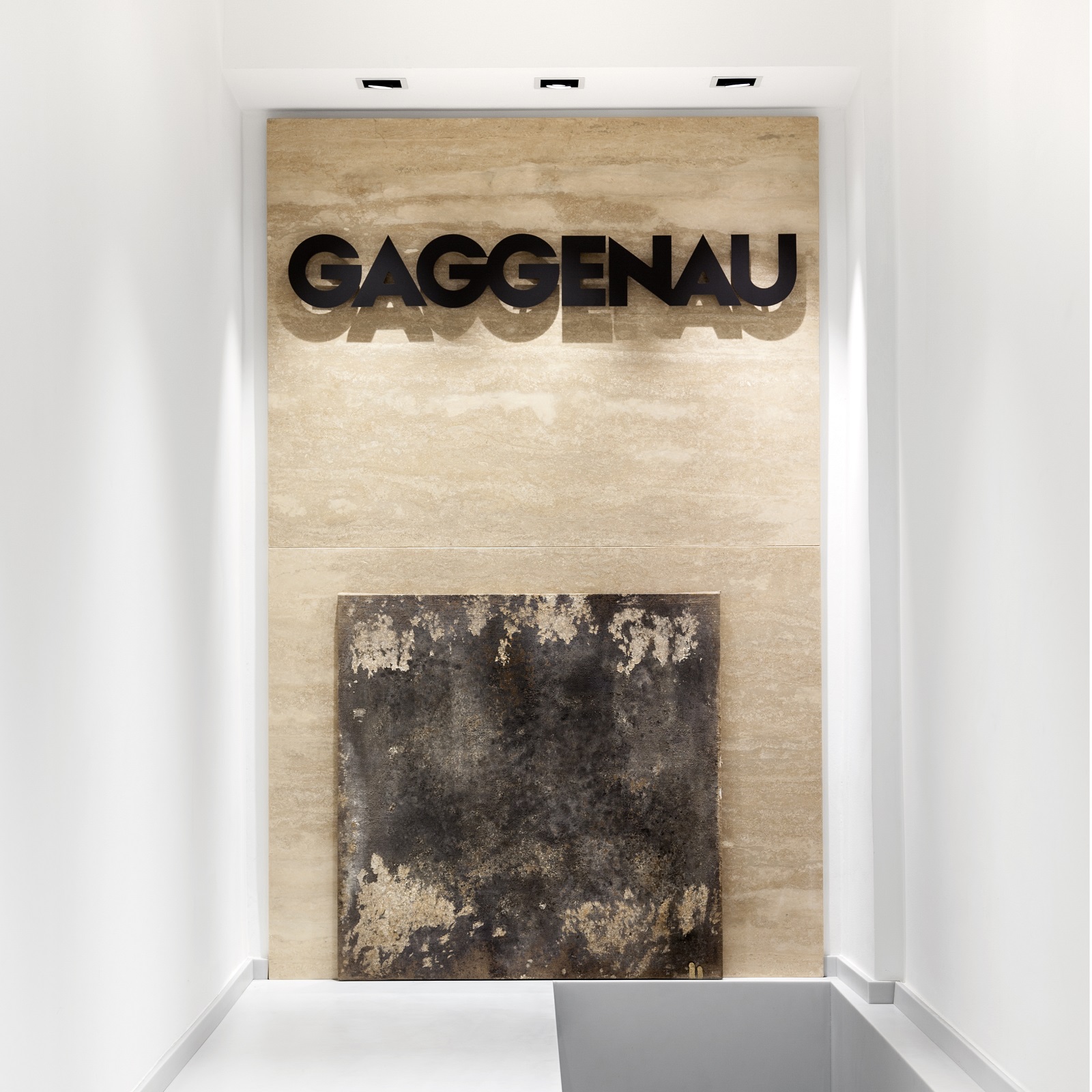 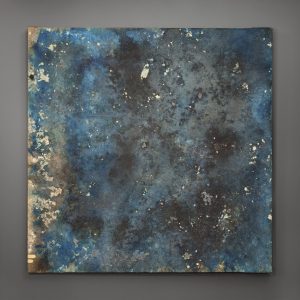 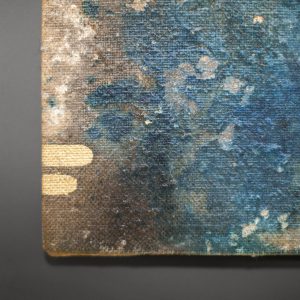 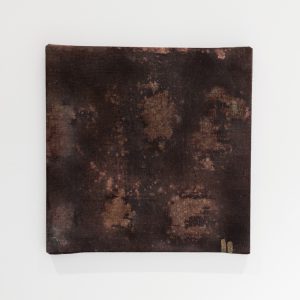 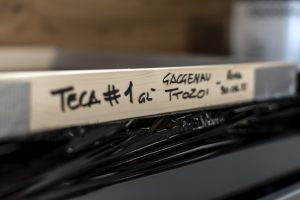 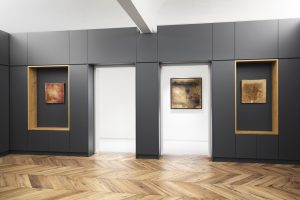