Works for a Cosmic Feeling. The pataphysical photo...

In 1915, the poet Guillaume Apollinaire proposed to his beloved Madeleine Pagès, who accepted, with a poem entitled Photography, in which he celebrated the technique’s beauty and depicted it as a shadow projected onto the world.[1]  This way, the poem, by citing the photographic technique, becomes a vehicle for feelings and emotions, thus bridging the gap between human impressions and the purely scientific and technical aspect of this medium.

A similar path, aimed at bringing together two apparently opposite poles, can be observed in the exhibition Works for a Cosmic Feeling, curated by Alessandro Dandini de Sylva, – also the creator of the installation designed by Etaoin Shrdlu Studio – and live from 15 May to 30 July 2021 at the Matèria gallery in Rome. The show is constructed with a collection of two hundred and twenty-nine photographs taken by Fabio Barile (1980, Barletta) starting in 2018, that are alternately projected onto panels supported by a wooden structure. The works are presented as a photographic itinerary to enjoy freely in the obscured space of the gallery, which enhances the individuality of the shot, generating a moment of intimate reflection in the viewer, but revealing, at the same time, a harmonious and structured path that stimulates us to venture into the inner territories of the mind.

Barile’s photographs reveal an attitude that leaves a mark in the field of reality, so that the camera becomes the vehicle for a vision of its own, which is very close to Susan Sontag’s idea that photography is a solipsistic expression of the ego.[2] Barile’s expressiveness, capable as it is of collecting traces from the world, is characterized by two inseparable and complementary forces: a scientific approach and a poetic vein. In the shots, these tensional forces are always balanced, so that the natural landscapes are presented in all their complex stratification, taking on a meditative aspect of self-observation and self-narration. The apparent dichotomy also emerges in the bizarre sculptures created by the artist, whose lyrical aspect is integrated with that of experimenting with the physical state of matter; finally, in the photographs that depict portions of the human body, the traction between the intimate sphere and the methodological approach, becomes increasingly thin, but still present. Although the subjects are disparate, the photographer takes the photographs by dilation, showing his ability to extract the pataphysical[3] aspect of the portrayed subjects.

The exhibition design transforms the gallery space into an experimental terminal, inviting the viewer to participate, as the projected photographs launch different spatial coordinates where viewers are free to orient themselves. This way, by renouncing the usual pedantry of the traditional wall-mounted exhibition with captions, Barile’s photographs move beyond the academic confines of the exposition and become an installation work. This approach is a symptom of a wide-ranging reflection on the medium, which, here, is confronted with the pictorial and installation feature, considering the wooden skeletons as the transposition of the pages of a book mechanically and randomly leafed through by a projector.

What these images are, where they come from, where they go, is not entirely clear: what is certain is that they are intimately connected to each other by the exercise of the photographer’s hands, who willingly accepts the margin of error in the creative process, celebrating its flagrancy. Thus, it happens that the exhibition shows shots of experimental sculptures constructed by the artist, whose photographic transposition, by means of lines and shapes sculpted in shades of black and white, recalls the empirical and constructivist approach of László Moholy-Nagy. The choice of showing, with purity of purpose even the experimentation phase, which is always useful for a final work, transforms the photographic exercise into a reflection on the human condition; and it is Barile himself who affirms that “photographs are an anthropic medium, strictly connected to man”.

This coexistence brings out a language that speaks according to controversial dualities, such as nature and man, science and spirit, correctness and error, proving that the photographer is aware that in the origins of the world lies men and everything they created, but also nature, which here never appears anthropized. Rather, it is analyzed for its vital freedom extracted by means of physical, chemical and geological laws. The key for understanding the two hundred and twenty-nine shots lies in the awareness of the rhythm with which they are presented to us, characterized by a different repetition – we might say a sparse mesh – implying the multiplicity of the artist’s vision and his desire to measure the body of the world. Returning to the poetic value of photography that emerges from Apollinare’s words, it seems that Barile conceives the photographic tool in the same way: fatally linked to the variation of light and its projection towards reality. In this way photography is fundamental to the process of understanding the world by imagination, so that Barile seems to perform a blow-up on a grain of human existence, showing us that within it, there is actually much more going on than we might be able to grasp. Through his shots we have the chance to discover the eudemonic purpose of his photography, which strips, deconstructs and recompacts the subject to let us discover it according to a spiritual, rather imaginative and purely pataphysical aspect.

[3] Pataphysics is the science of imaginary figurative solutions. Starting from physics, it carries out the same process as metaphysics, it extends itself by abstracting beyond the visible. The term was coined by the French writer Alfred Jarry Laval (1873-1907) in his book Gestes et opinions du docteur Faustroll, pataphysicien pubblicated in 1911. 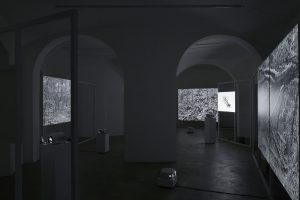 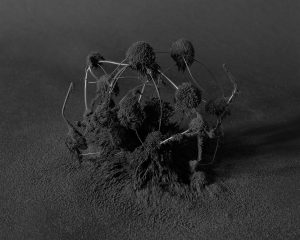 Fabio Barile, Magnetic fields on wire, 2020, Courtesy of the artist and Matèria, Roma 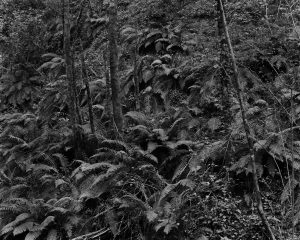 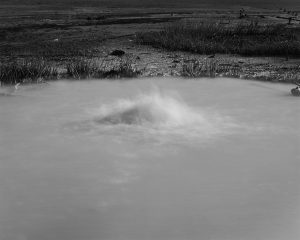 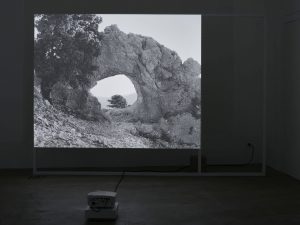