In the neoclassical and eighteenth-century scenario of the rich and evocative Villa Pignatelli in Naples, an equally distinctive exhibition has inaugurated on the 8th May. Through a direct and effective title, which contains the names of the three protagonists of the exhibition – Claire Fontaine | Pasquarosa | Marinella Senatore –, little is left to the imagination, but much is revealed by the curatorial choice of Pier Paolo Pancotto and the exhibition’s partners (Agovino Collection, Nicola del Roscio Foundation and Regional Directorate of Campania Museums).

As a matter of fact, between neons, video installations and tapestries by the French collective Claire Fontaine and the artist Marinella Senatore, two of the best artists of the last twenty years, the works of Pasquarosa, a Roman painter of the twentieth century and catalyst of intellectual and creative figures (such as Pirandello and Savinio), enter cautiously but boldly. This is a successful contrast as it works not only thanks to the quality and the visionary nature of the painter, which still make her strongly contemporary, but also from the perspective of the analysis of the exhibition’s fil rouge.

Three women, three gazes and three personal reworking on the concepts of women’s individual freedom, which echo in the rooms on the first floor of the villa and join the immortal spirit of a fourth woman: the landlady, Rosina Pignatelli, a lively intellectual of her time and whose indelible mark is still visible in every place of the villa. Contrary to what one might imagine, the prevalence of the female vision does not appear exclusive, even if it is moved by personal motivations and experiences. Actually, what one feels while walking through the rooms, besides the attention that never drops off thanks to the expertly managed and set up mixture of the different media on display, ranging from painting to sound, is an enveloping sensation that invites anyone to participate and feel intimately close to the staged story.

Welcoming us at the entrance is the blinding installation Dio c’è (God is there), by the Claire Fontaine collective, followed by Senatore’s tapestry Quanno so nato s’è fatta na festa (When I was born a party was held). At first glance, the two works give a powerful but detailed scenographic study, so as to place them in the most possible and natural way in the opulent spaces of the villa. A beginning that almost appears as the climax of the exhibition, but which tends to immediately become more introspective, leading the exhibition parcours to a more sober and intimate room.

Here you can observe documents and first paintings by Pasquarosa, which are placed in small showcases giving the idea they are objects that have always been present in those apartments. The introspection of Pasquarosa’s canvas links again to the powerful light of Claire Fontaine, with We Are All, a work that investigates the seriality of reproduction, while still surrounded by the paintings of the twentieth century painter. The dialogue between the collective and Pasquarosa is then interrupted – or conducted – by Marinella Senatore’s videos, which portray demonstrations of Swedish feminists. The incomprehensible language is overshadowed by the song, which instead musically manages to convey the theme and the fight treated. The entire exhibition itinerary develops in this way, between (non) disorienting oxymorons and (un)expected congruences. In fact, from the feminist videos one returns to the blinding light of the neon lights of Women are the moon that moves the tides – a work that amazes for the direct connection with Senatore’s videos, even if it is expressed in a completely different form – and of I say I, a tribute to the feminist writer Carla Lonzi. In the background, Pasquarosa dominates, perpetually, with strength and delicacy.

Even in the last rooms, the “richest” ones from the point of view of the existing furniture elements (being Villa Pignatelli a house-museum), there are some works that appear anything but out of tune in the visual complex. In particular, Marinella Senatore’s site-specific work is as disruptive as the brick-books placed on the eighteenth-century marble console, to emphasize themes of political and social rebellion, always aimed at the theme of individual freedom.

The exhibition ends as it begins: it is another highly impacting neon installation that closes this intimate and engaging exhibition path. The words Beauty is a Ready-Made, created by the French collective, dominate the sumptuous bathtub of the prince: a concept of immediate power, which paints the entire toilet with its pink color and multiplies in size, reflecting itself in the mirrors that cover the opposite wall. The world of the feminine and what derives from it in terms of body and language are the themes addressed by the exhibited works, so full of feminine vision, but which reveal themselves as humanly universal if contextualized in today’s society. Moreover, the works and the chosen artists allow to create a double dialogue – forward and backward – in time: the “past”, represented by Pasquarosa, reinterprets the contemporary researches of Marinella Senatore and Claire Fontaine, and vice versa. Everything is set in an atmosphere that manages to touch the strings of everyone’s sensitivity, especially for the naturalness with which each artistic intervention fits into the saturated scenario of the place. An exhibition that feels like “home”, introspection, calm and reflection, in all its disconcerting aspects. 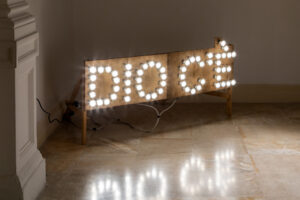 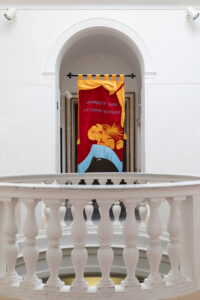 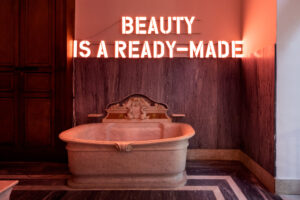 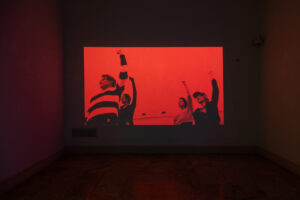 Naples, 1996. She deals with artistic curatorship, with particular attention to emerging artists dealing with political and social criticism. She first graduated in Territoire et Patrimoine at the Université Paris Nanterre, she specialized in Cultural Heritage Management at the Federico II University in Naples with an analytical thesis on the rise and decline of the contemporary art curator. In 2021 she takes part in the N.I.C.E. by Paratissima. She firmly believes in the social value of art, she has collaborated with several Neapolitan galleries and participated in an artistic residency at the Morra Foundation. Meanwhile, she writes for art magazines. 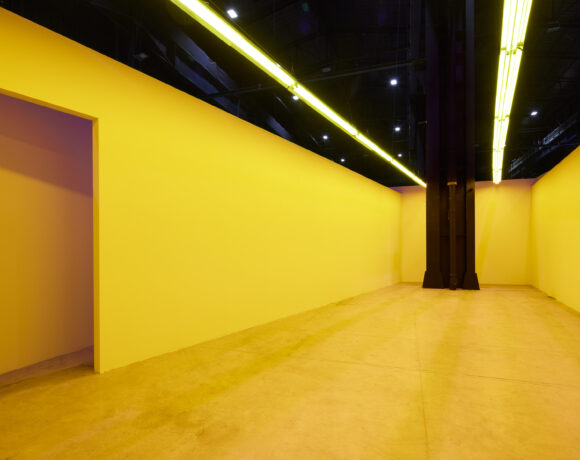 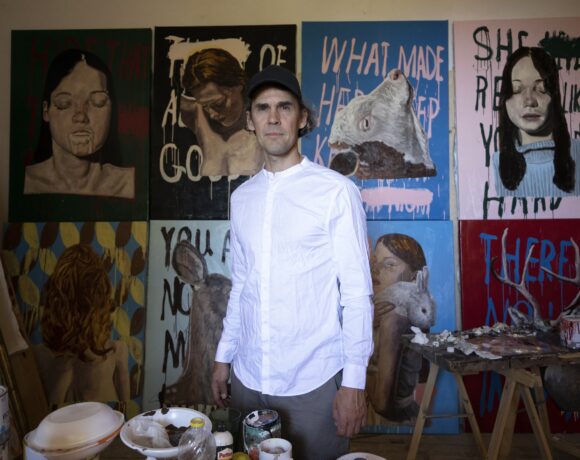 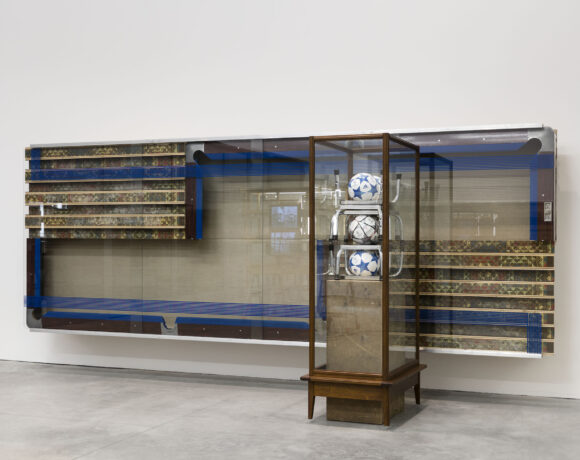