Fabrizio Villa. A shot towards..

Looking around it is difficult not to notice the progress made by technology, a sector that nowadays absorbs many of the experiences inherent in the art world. In a reality bombarded with images – the diffusion of which is no longer entrusted exclusively to newspapers and billboards, but also to TVs, tablets and smartphones – artistic experiments could not fail to be affected by these changes, from the first Nam June Paik videos in the Sixties to the mechanical arms of Sun Yuan & Peng Yu, presented on the occasion of this 58th Venice Biennale. Sometimes one has the feeling that certain technological discoveries have always existed, making it difficult to imagine a life without them. Going back in time, however, one realizes that a starting point exists, and that, in Italian art, it can be identified in Umberto Bignardi.

Just in these days the Galleria Bianconi in Milan dedicates a solo exhibition to the artist, who was born in Bologna and moved to Rome, transforming his spaces into a multimedia microworld: Visual experiments in Rome (1964-1967), curated by Lorenzo Madaro and open until as of March 12, 2020, projects the viewer into Bignardi’s visionary universe through video installations, works on canvas, paper and crystal, all belonging to the years 1964-1967. It was a prolific period for the artist, full of significant participation: in 1966 the gallery L’Attico by Fabio Sargentini dedicated a personal exhibition to him and, in the same year, Bignardi participated in the Venice Biennale with a series of graphics; the following year it was the turn of the group exhibition at the Contemporary Art Pavilion in Milan, which saw him starring together with Franco Angeli, Mario Ceroli, Pino Pascali, Mario Schifano and others; 1967 is also the year of Fuoco Immagine Acqua Terra, a personal exhibition curated by Maurizio Calvesi and set up again at L’Attico in Rome, and IM-SPAZIO, a collective curated by Germano Celant at the La Bertesca gallery in Genoa (on that occasion besides Mario Ceroli, Paolo Icaro, Renato Mambor, Eliseo Mattiacci and Cesare Tacchi).

However, it was not only the important exhibitions that marked this period. The researches that up to that moment had mostly concerned the sheet and the canvas, in these years ended up also pouring on the new media: in 1965 when Bignardi conceives the Fantavisore, forerunner of the subsequent experiences related to video art, presented for the first time in 1966, while Rotor dates back to 1966-1967, one of the first examples of video installation based on animation and multi-sensorial involvement. These works, together with Grande gaine and South-East Asia – two works realized in 1966 which consist in projecting an image with the help of crystal plates – constitute the starting point of which we said before: in fact, they are more than surprising for those years and already herald that hypnotic explosion of images that will spread to the present day. Of course, Bignardi’s media universe still retains a certain degree of innocence, a sort of romantic aura that differs somewhat from today’s solutions: the artist’s visual imagination, while being marked by icy moving figures or gaudy shapes that suddenly appear to our eyes, is in fact wrapped in a poetic aura perhaps linked to the mystery of the same experimental approach – even today we continue to go in search of the unexplored, but technology and progress are now part of man and they don’t constitute such a mysterious matter compared to the last century -.

Impossible to remain indifferent in front of the show offered by the works, and the wonder is renewed if you stop to think about the historical moment in which these were conceived – not surprisingly in the following years Bignardi will start collaborating with Olivetti and IBM companies for the realization of innovative multimedia projects -. With Fantavisore, expression of a clear pop influence, whose colored images appear intermittently until composing a television collage, and the Rotor with a dada flavor, a large rotating cylinder equipped with a screen with which the artist confronts the chronophotographs of Eadweard Muybridge, Bignardi therefore allowed art to become truly interactive, to cross over into the total perceptive fruition made of vision, listening and movement. As he said in an interview: “[The Rotor] I believe it was one of the first multimedia installations ever seen. Well … here … you see, I said ‘multimedia installation’, it is a definition that came out more recently than in ’67 it was not used “. From that moment on, Italian art experienced a new path, and if today it is possible to admire some multimedia and interactive solutions, it is also thanks to the visual experiments of Umberto Bignardi. 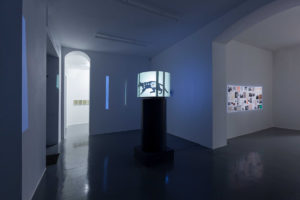 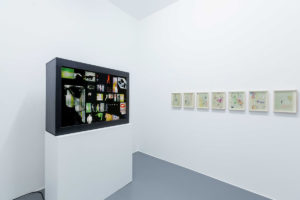 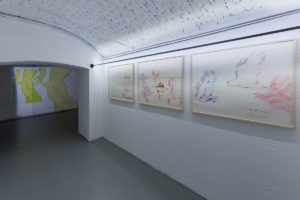 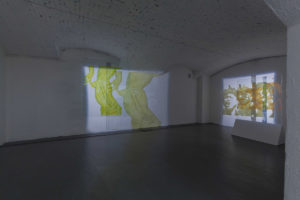 A new cultural space with the collecting revolution